POWER met with hundreds of parents, students and teachers as the city and state fail to fill most of a $304 million school funding gap that has forced the layoff of thousands of teachers and staff. 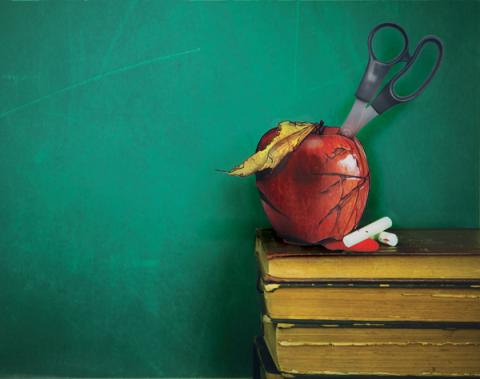 Last night, clergy announced a possible boycott of city schools "if city and state officials don't come up with $180 million by September," according to the faith-based coalition Philadelphians Organized to Witness, Empower & Rebuild (POWER).

"The purpose of POWER's actions today was to begin to spark a larger, more aggressive movement to hold city and state officials accountable not only for opening schools on time this September but for a long-term funding solution." That includes the reinstatement of a fair funding formula targeting resources to low-income students enacted under Gov. Ed Rendell but then scrapped by the Corbett Administration.

POWER met with hundreds of parents, students and teachers as the city and state fail to fill most of a $304 million school funding gap that has forced the layoff of thousands of teachers and staff.

Last week, Superintendent William Hite warned that schools could not open on time without $50 million in immediate new funding by this Friday.

But advocates say that $50 million is not enough.

"I think major action needs to be taken," according to an email from Hiram Rivera, Executive Director of the Philadelphia Student Union. "What students are being asked to walk into come Sept. 9th is not school. It's the bare minimum given by the state and city. A boycott alone won't win us what we need, but it sends a very strong message that enough is enough and the community won't take it any more. Chicago has already called for their boycott."

Helen Gym of Parents United for Public Education said that some have privately discussed a boycott since the doomsday budget was passed in May. "I think that people are very serious that if the schools aren't safe, we shouldn't be sending our kids there." The budget is intolerable, she says, and opening schools under these conditions would further "normalize poverty, and disinvestment, and deprivation."

The city has agreed to send $28 million in revenue from improved tax collections. The state, though there have been misleading statements to the contrary, has contributed just $2 million in increased spending. $45 million in one-time federal funds under Gov. Tom Corbett's control has not yet been released--it is leverage to extract concessions from the teachers union. Philadelphia teachers, who already make 19-percent less than some suburban counterparts, are alongside other workers being asked to make $133 million in concessions. But teachers are engaged in contract negotiations and, among other things, want to protect their salaries--they have generally been backed by student and parent activists.

It is possible that the schools might also seek funding further afield. Last week, the district announced that it was considering filing suit against Wall Street banks that have allegedly profited from fraudulent financial transactions. Fight for Philly, a labor-backed community group, has launched a campaign demanding that they do so. Businesses and wealthy non-profits have also been criticized for receiving large property tax breaks.

The Philadelphia Federation of Teachers is barred from striking by the state takeover law that imposed the School Reform Commission (SRC) on city schools. But some teachers are clamoring for tough action against cuts.

[Daniel Denvir is a staff reporter at Philadelphia City Paper and a frequent contributor to Salon and The Atlantic Cities.]