The college ranking game diverts from the need for public support to make higher education affordable. 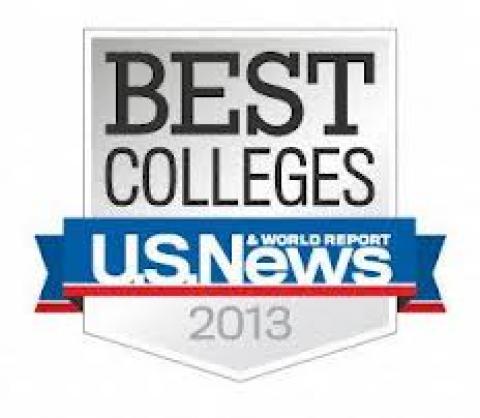 The Internet is already abuzz over which college trampled the other for the race to the top of the list, released this morning. With the usual suspects taking the lead, like Harvard and Yale, you may be asking yourself why the rankings are so disingenuous.

For starters, U.S. News constantly adjusts their metrics, meaning that you can’t accurately compare one year’s rankings to another.  It also allows U.S. News to make more money—similar to how frequently textbook publishers put new editions on the market—because consumers are forced to buy updated reports every year to see what has changed (usually not a lot).

The popularity of the rankings pressures colleges and universities to game the system by focusing on what the U.S. News formula deems “important”—like increasing their applicant pool, only to turn a higher percentage away, in order to appear “more selective”. The same formula also rewards schools for spending more money, causing tuition and fees to rise to cover growing costs.

For example, Howard University—once in the top 100—dropped 22 spots in a single year. One possible reason for the dramatic drop is a recent period of turbulence regarding the school’s finances.

The measures that the rankings choose to ignore are even more perverse. U.S. News does not take into account the quality of education at each institution or the outcomes of its students upon graduation. Instead, the rankings are based on the prestige and reputation of each institution. In reality, the report is nothing more than an expensive popularity contest.

President Obama recently announced his administration’s own proposal for rating colleges, criticizing current rankings for “encourage[ing] colleges to game the numbers.” His plan, in an attempt to rein in higher ed. costs, would rate colleges on value and performance and reward them accordingly with federal aid.

To get an idea of what Obama’s ratings would look like, check out the Washington Monthly’s annual college rankings. The Monthly ranks institutions based on how they promote upward social mobility, research and public service. Their formula stresses factors such as the share of students receiving need-based Pell grants, predicted versus actual graduation rates, research expenditures and Peace Corps participation.

Going back to the example of Howard University, when using the Monthly’s performance and value measures over money and prestige, the school is ranked 93rd. Howard even made it onto the “best bang for buck” list.

Unfortunately, the Internet hysteria surrounding the U.S. News rankings will continue to consume the hearts of high school seniors until something is done to change that. Fortunately, change is closer than anyone probably realizes.

Congressional authorizing committees are already preparing to draft the next Higher Education Act (HEA), which expires at the end of this year. The re-authorization of the HEA is a chance to, once again, put students first and rebuild the middle class.

Were we truly interested in reducing tuition, we would increase public funding of higher education by taxing the rich

In an attempt to rein in rising tuition fees and skyrocketing student debt, Barack Obama has announced a plan for performance-based higher education funding. Under his plan, colleges would be rated on affordability, graduation rates and graduate earnings.

While we applaud the president for raising concerns over rising tuition fees and student debt, concerns we share, this proposal will do little to solve the problem and will likely yield a decline in the quality of education offered to working-class and middle-class students, particularly affecting those from under-represented groups.

The president’s plan is based on the premise that if people understand what they are buying they will shop around for the best value. That sounds fine were education simply a commodity. In reality, however, meaningfully measuring the output of our highly diverse colleges and universities is impossible. The institutions do not only produce graduates, but also knowledge and learning.

The fundamental problem with the plan is that it does not get at the root cause of skyrocketing tuition, which is directly related to the escalating debt burdening millions of students and their families. Tuition fees rarely cover the full cost of education, which at public institutions is subsidised by state appropriations. The most important factor driving tuition increases at US public colleges and universities has been the decline in government support. According to one study, annual revenue per student adjusted for inflation was $11,084 in 1987 and $11,095 in 2012. Over the same period, however, the government’s contribution declined from $8,497 to $5,906, resulting in an average tuition increase from $2,588 to $5,189.

The second major culprit driving the increases is rising costs, although these are not escalating as quickly. Some blame the increases on allegedly higher salaries received by supposedly complacent tenured faculty, but faculty salaries have actually declined a bit. The average salary for a full-time faculty member at a public institution in 1999-2000 was $77,897. In 2011-12, the same figure in constant dollars was $77,843.

Moreover, tenured and tenure-track academics are now a minority: the majority today are contingent staff, who earn far less and rarely qualify for retirement or health benefits.

A more significant driver of cost increases has been the steady growth of administrative expenses. According to the US Department of Education, between 2001 and 2011 the number of employees hired by colleges and universities to manage or administer courses and regulations increased 50 per cent faster than the number of instructors. For example, at the University of Minnesota the administrative payroll has grown by 45.5 per cent since 2001 while the academic payroll increased by 15.6 per cent. This pattern is typical.

Students most “at risk” are often those who have no choice but to attend a local public college. Under Obama’s plans, if that institution “scores” inadequately, federal aid will decline and tuition will rise to fill the gap. Report cards based on graduation rates from often dissimilar colleges serving diverse student populations will drive public universities and non-elite private institutions to standardise curricula to ensure passing grades. Faculty, largely lacking the protection of tenure, will be compelled to teach students simply to take tests.

We need to concentrate less on testing and more on providing the resources necessary to give all students a high-quality education. Were we truly interested in increasing graduation rates, we would enhance funding for schools to ensure that students are better prepared for college. Were we truly interested in controlling or reducing tuition, we would increase public funding of higher education by taxing the rich, particularly the top 1 per cent who have benefited disproportionately from federal bailouts and received the lion’s share of income growth since the 1970s.

Rudy Fichtenbaum is president and Hank Reichman is first vice-president of the American Association of University Professors.