In Honduras, Military Takes Over with U.S. Blessing

U.S. funding for the Honduran police and military has in fact increased every year since the coup 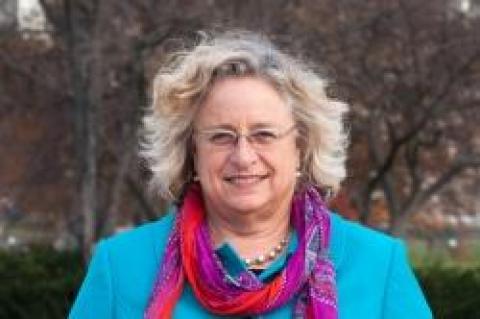 It’s widely known that the Honduran police are corrupt, thoroughly enmeshed in organized crime, drug trafficking, and extrajudicial killings. But rather than clean them up, the current government of President Porfirio Lobo — itself the product of an illegitimate election after the military coup that deposed President Manuel Zelaya in June 2009 — has now, ominously, sent in the military to take over policing on a massive scale.

The United States, meanwhile, is pouring funds into both Honduran security forces, countenancing a militarization of the Honduran police that has long been illegal here at home, while dismissing Congressional pushback about human rights issues in Honduras.

The Honduran police are, indeed, corrupt almost beyond belief. According to a top Honduran government commission, only 30 percent of the police are currently “rescuable.” In Ocotber 2011, police killed the son of the rector of the nation’s largest university, and one of his friends. The national director of police, Juan Carlos “El Tigre” Bonilla, is an alleged death squad leader from 1998-2002, and the Associated Press has recently documented ongoing death squad-style killings.

President Lobo and the Honduran Congress clearly lack the political will to clean up the police, in large part because top political figures, including judges, prosecutors, and congressmembers, are themselves allegedly interlaced with organized crime, drug traffickers, and those accused of extrajudicial killings.

Now the government’s answer is to send in the military. In direct violation of the Honduran constitution, which explicitly forbids military participation in policing, over the past three years Lobo has gradually extended “temporary” militarization of law enforcement. Military personnel now routinely and randomly patrol neighborhoods in the large cities, much to residents’ alarm, and control the country’s prisons. Most alarmingly, on August 22, the Congress created a new “hybrid” military police force which will immediately contract 5,000 new officers that it promises to have on the streets by early October.

The dangers of this militarization are clear. Soldiers are trained to track and kill a hostile enemy. Successful policing, by contrast, depends on,respect for local communities and citizens’ legal rights, careful handling of evidence, and the use of minimal force. In the United States, military involvement in policing has been banned since 1878.

In Honduras, military involvement in law enforcement has already proven deadly. On May 26, 2012, soldiers chased down, shot and killed a 15-year old boy who had passed through a checkpoint, and their officer ordered a high-level coverup. On July 15, the military shot and killed Tomás García, a nonviolent indigenous activist at a peaceful protest.

A driving force behind this militarization is Juan Orlando Hernández, the ruling party candidate for president in Honduras’ upcoming presidential election on November 24, who has promised to protect Hondurans with “a soldier on every corner.” Yet he himself supported the military coup that deposed President Zelaya, and this past December, while he was president of Congress, led the so-called “technical coup,” in which the Congress illegally deposed four members of the Supreme Court and named their replacements the very next day.

In the polls, though, Hernández is far behind the front runner, Xiomara Castro Zelaya, the wife of deposed President Zelaya and the leader of a new opposition party, LIBRE, that arose out of massive popular opposition to the coup.

As Honduras hurtles toward its elections, the State Department has yet to denounce the military takeover of policing. U.S. funding for the Honduran police and military has in fact increased every year since the coup. The U.S. Embassy has yet to speak publicly about the killing of at 16 LIBRE activists and candidates since June 2012, or the concerted pattern of repression of the political opposition since the coup.

Nor has the State Department denounced the military takeover of policing. U.S. funding for the Honduran police and military has in fact increased every year since the coup.

A year ago, under Congressional pressure, the State Department did withhold funds to National Director of Police Bonilla under the Leahy Act, which bans U.S. funding of security forces that have committed human rights abuses. But it has not otherwise implemented the Leahy Act, and the U.S. Embassy now admits that it continues to work closely with Bonilla, although in March Assistant Secretary of State William Brownfield announced it had “no contact” with him.

Congressional opposition to U.S. support for the Lobo government, however, continues to mount. In June, 21 senators, including top leadership, sent a letter to Secretary of State Kerry expressing alarm over human rights abuses by U.S.-funded police and military. In July, the House of Representatives held a bipartisan hearing to investigate human rights abuses in Honduras.

The Obama administration should heed the voices in Congress and stop funding Honduran state security forces immediately. It should denounce the militarization of the Honduran police, distance itself from the corrupt Honduran government that has promoted it, and do everything it can to ensure a free and fair election in November.
_____________

Dana Frank is a professor of history at the University of California, Santa Cruz.