Progressives cannot retreat into enclaves as long as millions of Americans are abused in zones under pro-corporate Republican rule. 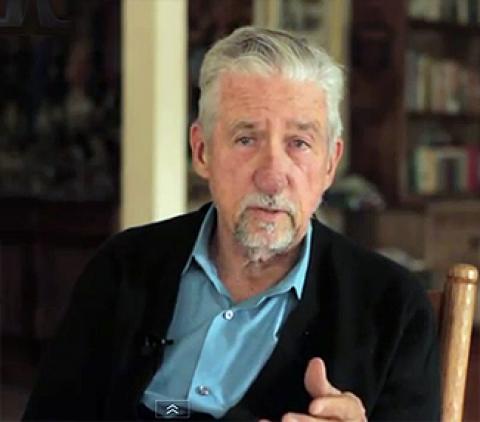 The logic of voter turnout data all but guarantees right-wing Republican congressional victories in 2014 and a sealing of the divide of America into two countries for the foreseeable future. White House operatives privately acknowledge that GOP gerrymandering plus low turnout make 2014 a war to keep the Senate Democratic and show gains while losing the House. There are eight battleground Senate seats where Mitt Romney won the popular vote in 2012 and incumbent Democrats are either retiring or vulnerable to defeat.

Even if Hillary Clinton manages to win in 2016, the battle for the House will favor the GOP since the current gerrymandered seats will remain intact until 2020, or even 2022. Assuming continued Democratic control of the White House and Senate in 2014, the opportunity to take back the Roberts Supreme Court may not occur until the next presidential term, as Justices Anthony Kennedy and Antonin Scalia are both 77.

President Barack Obama was not wrong when he promised a single "red, white and blue America" in 2008. That is what a majority of registered voters want, but he under-estimated the white sea of hate that would be generated from him among Republicans. His electoral advisors concentrated their brilliance on the national electoral map more than the states where Republicans took over in 2010.

Joined by a right-wing Roberts Supreme Court and funded by the likes of the Koch brothers, the Right is consolidating its power on a scale not seen since the Jim Crow era of the Dixiecrats. Progressives, concentrated in Democratic-majority strongholds, will have to think strategically about how to save constituencies which have being left behind enemy lines for most of their lives.

Thanks to Howard Dean’s Democracy for America, campaign resources are being invested in Virginia’s legislative election this year, with Iowa, Pennsylvania and Michigan to follow. These potential wins could minimize losses in the long term attempt to salvage the 2010’s from a major Republican counter-attack on the Thirties, Sixties and the Obama era. Unfortunately, the failure already has been cemented by the reapportionment process.

The national Democratic strategy, such as it is, is to paint the Republicans as completely irresponsible, even insane, in an effort to encourage defections among moderate, white, voters and stimulate turnout among worried Democratic voters. While this strategy may be working among moderate voters, it also strengthens the Tea Party in the primaries of Republican districts and states.

The cold facts are these: in presidential election years, voter turnout ranges between 50 and 60 percent, while in mid-term elections it’s in the high-thirties. In 2010 turnout was 41.6 percent, meaning a disproportionate racial and economic minority took power in the House of Representatives and also gained control of the governors’ post and both legislative houses in 12 additional states. (See Elizabeth Drew’s, "The Stranglehold on Our Politics", for a concise summary.) The behavior of young voters, ages 18 to 29, is a stunning illustration of the pattern. According to the Center of Information & Research on Civic Learning and Engagement, in 2008 youth turnout was 51 percent, which then it plummeted to 22.8 percent in 2010, before trending back to 45 percent in 2012.

Roe v. Wade "may be doomed", writes Drew. The Voting Rights Act already is badly gutted. New state laws are being promulgated in the swing states of Florida, Virginia, Iowa, Wisconsin, Michigan and Ohio to make registration and voting as difficult as possible. It appears that any federal action on immigrant rights will include a delay the path to voting for longer than a decade, preventing several million Latinos from voting, while a military "surge" is being implemented at the southern border. Federal marriage equality benefits for LGBT couples may be jeopardized in states where gay marriage is banned.  North Carolina, an Obama state in 2008, turned Republican by 2010, and is swiftly implementing new restrictions on abortion and voting rights despite massive protests. Arizona continues to be ground zero for vigilantes in the war against undocumented immigrants, and has succeeded in erasing Chicano Studies from state curriculums. Since 2010 alone, 178 new anti-abortion measures have been adopted or are in the works. Michigan’s gerrymandered legislature has successfully passed a right-to-work law. Twenty-seven states are resisting the expansion of Medicaid, and the majority are refusing to set up the insurance exchanges authorized by Obamacare. Those states are becoming "abortion-free zones", right-to-work states, and bastions of a resurrected "sovereignty" for whites and business interests on the defensive. Public schools will struggle for resources in one America, while re-segregation and home schooling are completed in the other. As for the overriding crisis of climate change, the crisis of "two Americas" means that progress will occur through federal regulation combined with state action. The rest of the country will remain a Coal Zone filled with droughts, wildfires and official climate denials.

There happens to be some "good news" in this polarization, since the libertarian Right tends to oppose foreign military interventions and Big Brother spying, while supporting the right to be stoned. A de facto coalition of the libertarian Right with the liberal Left has made progress possible on these important fronts. The Right’s hatred towards Wall Street equals that of the Left. But the chasm on social justice is widening. Young people attracted to Rand Paul, and Ron before him, are ignoring the fact that libertarians would roll back the entire system of lunch-counter segregation that was the focal point of the civil rights movement. The white "right to refuse service" prevails in their thinking over civil rights and due process protections.

There is no getting around the deep streaks of male chauvinism, Christian Triumphalism, plain racism, and market fundamentalism that mark so much right-wing rumination. Those divides are being institutionalized. Using the tools at their disposal, the right-wing Republicans are not trying to "take over" the United States as much as carve out a virtual country of their own based on states’ rights and resistance to the national governing majority. They want to be able to live in an America where Barack Obama is a bad memory of an illegitimate president.

Can anything be done about this? In the short term, it is imperative that Democrats join Howard Dean in trying to retain their Senate majority and make gains against the gerrymandered legislatures. They should support Attorney General Holder in the courtroom battles against voter suppression. They should help make Obamacare succeed in as many states as possible. They should refuse to employ the deceptive terms "red" and “blue".

2016 will be a historic turning point as an American multi-cultural democracy steadily evolves on the basis of a massive demographic shift. Progressives cannot retreat into enclaves as long as millions of Americans are abused in zones under pro-corporate Republican rule. Regulations established by the Obama administration must be implemented with the full force of the law in every state, not simply half the states. Progressive models can and should be erected in those states which become, in Justice Brandeis’ expression, "laboratories of reform", with climate change regulations being the clearest example. Battles will rage over voting rights, women’s rights, climate and environmental regulations and immigration between now and 2016. The 2016 election will become a historic referendum on the future of America affecting the entire lifetimes of the younger generation coming of voting age.