“American exceptionalism” and “isolationism” are generally understood to be tactical variants of a secular religion, with a grip that is quite extraordinary, going beyond normal religious orthodoxy in that it can barely even be perceived. Since no alternative is thinkable, this faith is adopted reflexively. 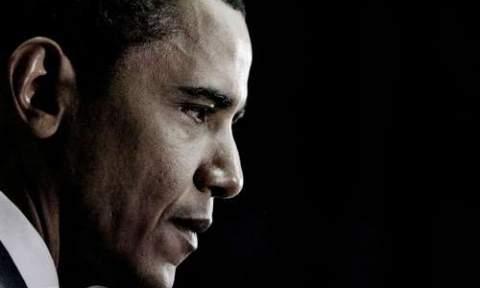 The recent Obama-Putin tiff over American exceptionalism reignited an ongoing debate over the Obama Doctrine: Is the president veering toward isolationism? Or will he proudly carry the banner of exceptionalism?

The debate is narrower that it may seem. There is considerable common ground between the two positions, as was expressed clearly by Hans Morgenthau, the founder of the now dominant no-sentimentality “realist” school of international relations.

Throughout his work, Morgenthau describes America as unique among all powers past and present in that it has a “transcendent purpose” that it “must defend and promote” throughout the world: “the establishment of equality in freedom.”

The competing concepts “exceptionalism” and “isolationism” both accept this doctrine and its various elaborations but differ with regard to its application.

One extreme was vigorously defended by President Obama in his Sept. 10 address to the nation: “What makes America different,” he declared, “what makes us exceptional,” is that we are dedicated to act, “with humility, but with resolve,” when we detect violations somewhere.

“For nearly seven decades the United States has been the anchor of global security,” a role that “has meant more than forging international agreements; it has meant enforcing them.”

The competing doctrine, isolationism, holds that we can no longer afford to carry out the noble mission of racing to put out the fires lit by others. It takes seriously a cautionary note sounded 20 years ago by the New York Times columnist Thomas Friedman that “granting idealism a near exclusive hold on our foreign policy” may lead us to neglect our own interests in our devotion to the needs of others.

Between these extremes, the debate over foreign policy rages.

At the fringes, some observers reject the shared assumptions, bringing up the historical record: for example, the fact that “for nearly seven decades” the United States has led the world in aggression and subversion - overthrowing elected governments and imposing vicious dictatorships, supporting horrendous crimes, undermining international agreements and leaving trails of blood, destruction and misery.

To these misguided creatures, Morgenthau provided an answer. A serious scholar, he recognized that America has consistently violated its “transcendent purpose.”

But to bring up this objection, he explains, is to commit “the error of atheism, which denies the validity of religion on similar grounds.” It is the transcendent purpose of America that is “reality”; the actual historical record is merely “the abuse of reality.”

In short, “American exceptionalism” and “isolationism” are generally understood to be tactical variants of a secular religion, with a grip that is quite extraordinary, going beyond normal religious orthodoxy in that it can barely even be perceived. Since no alternative is thinkable, this faith is adopted reflexively.

Others express the doctrine more crudely. One of President Reagan’s U.N. ambassadors, Jeane Kirkpatrick, devised a new method to deflect criticism of state crimes. Those unwilling to dismiss them as mere “blunders” or “innocent naivete” can be charged with “moral equivalence” - of claiming that the U.S. is no different from Nazi Germany, or whoever the current demon may be. The device has since been widely used to protect power from scrutiny.

Even serious scholarship conforms. Thus in the current issue of the journal Diplomatic History, scholar Jeffrey A. Engel reflects on the significance of history for policy makers.

Engel cites Vietnam, where, “depending on one’s political persuasion,” the lesson is either “avoidance of the quicksand of escalating intervention [isolationism] or the need to provide military commanders free rein to operate devoid of political pressure” - as we carried out our mission to bring stability, equality and freedom by destroying three countries and leaving millions of corpses.

The Vietnam death toll continues to mount into the present because of the chemical warfare that President Kennedy initiated there - even as he escalated American support for a murderous dictatorship to all-out attack, the worst case of aggression during Obama’s “seven decades.”

Another “political persuasion” is imaginable: the outrage Americans adopt when Russia invades Afghanistan or Saddam Hussein invades Kuwait. But the secular religion bars us from seeing ourselves through a similar lens.

One mechanism of self-protection is to lament the consequences of our failure to act. Thus New York Times columnist David Brooks, ruminating on the drift of Syria to “Rwanda-like” horror, concludes that the deeper issue is the Sunni-Shiite violence tearing the region asunder.

That violence is a testimony to the failure “of the recent American strategy of light-footprint withdrawal” and the loss of what former foreign service officer Gary Grappo calls the “moderating influence of American forces.”

Those still deluded by “abuse of reality” - that is, fact - might recall that the Sunni-Shiite violence resulted from the worst crime of aggression of the new millennium, the U.S. invasion of Iraq. And those burdened with richer memories might recall that the Nuremberg Trials sentenced Nazi criminals to hanging because, according to the Tribunal’s judgment, aggression is “the supreme international crime differing only from other war crimes in that it contains within itself the accumulated evil of the whole.”

The same lament is the topic of a celebrated study by Samantha Power, the new U.S. ambassador to the United Nations. In “A Problem from Hell: America in the Age of Genocide,” Power writes about the crimes of others and our inadequate response.

She devotes a sentence to one of the few cases during the seven decades that might truly rank as genocide: the Indonesian invasion of East Timor in 1975. Tragically, the United States “looked away,” Power reports.

Daniel Patrick Moynihan, her predecessor as U.N. ambassador at the time of the invasion, saw the matter differently. In his book “A Dangerous Place,” he described with great pride how he rendered the U.N. “utterly ineffective in whatever measures it undertook” to end the aggression, because “the United States wished things to turn out as they did.”

And indeed, far from looking away, Washington gave a green light to the Indonesian invaders and immediately provided them with lethal military equipment. The U.S. prevented the U.N. Security Council from acting and continued to lend firm support to the aggressors and their genocidal actions, including the atrocities of 1999, until President Clinton called a halt - as could have happened anytime during the previous 25 years.

But that is mere abuse of reality.

It is all too easy to continue, but also pointless. Brooks is right to insist that we should go beyond the terrible events before our eyes and reflect about the deeper processes and their lessons.

Among these, no task is more urgent than to free ourselves from the religious doctrines that consign the actual events of history to oblivion and thereby reinforce our basis for further “abuses of reality.”

(Noam Chomsky's most recent book is "Power Systems: Conversations on Global Democratic Uprisings and the New Challenges to U.S. Empire. Interviews with David Barsamian." Chomsky is emeritus professor of linguistics and philosophy at the Massachusetts Institute of Technology in Cambridge, Mass.)