The Demise and Afterlife of the ‘Detroit Sleeper Cell’ Case

This video tells the story of the “Detroit Sleeper Cell,” the first terrorism trial after 9/11. Here, a reporter who covers terrorism for The New York Times recalls the charged atmosphere at the time and the consequences for the Justice Department. 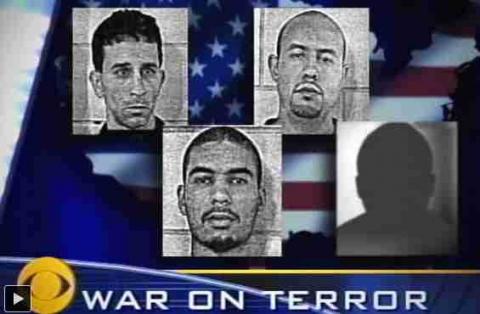 When news broke a week after the Sept. 11 attacks that three foreign-born men were arrested in Detroit in a terrorism investigation, all of us covering the story had the same thought: this must be part of the “second wave” of attacks everyone in Washington was predicting.

Weeks later came Attorney General John Ashcroft’s pronouncement that the men might have actually known about the Sept. 11 attacks ahead of time.

More troubling, the F.B.I.'s search of a ramshackle apartment where the men were staying had turned up expired airport IDs, extremist Islamic audiotapes, a homemade video of Las Vegas landmarks and an odd sketch of what looked like a military base.

News crews rushed to Detroit, and the media gave the suspects that ultimate badge of infamy — their own nickname. The three, as well as a Chicago man, were called “the Detroit Sleeper Cell,” later joined by “the Lackawanna Six,” “the Shoe Bomber,” the “American Taliban” John Walker Lindh and other post-9/11 terrorist threats.

President George W. Bush himself said the Detroit arrests and several others like them after Sept. 11 had “thwarted terrorists,” and prosecutors described the men as part of a “a sleeper operational combat cell.” The case had all the markings of a major terrorist plot derailed, with the F.B.I. aggressively embracing its new mandate to “connect the dots” and break up plots before they could hit.

Intead, after years of legal wrangling, the “Detroit Sleeper Cell” became something very different: a cautionary tale about the dangers of pursuing terrorism cases too zealously and connecting dots where they might not exist.

The Justice Department, after winning terrorism convictions against two of the men in 2003, took the extraordinary step the next year of moving to throw out the charges and repudiating its own case. Prosecutors, remarkably, discredited their own witnesses and found fault with virtually every part of a case they had brought.

The prosecution, the Justice Department belatedly acknowleged, was a “three-legged stool” that toppled under its own weight.

The videotape found of Las Vegas landmarks, originally thought to be a terrorist “casing” video, might have been simply a tourist’s keepsake. An audiotape thought to contain an anti-American hate speech appeared to be just an old children’s song in Arabic about a duck.

And the odd sketch in a day planner of what looked like a blueprint for an attack on a Turkish air base? Perhaps nothing more than a mentally ill man’s doodling of a Middle East map, prosecutors were forced to acknowledge.

Prosecutors turned against prosecutors. Ethics inquiries were opened and criminal charges filed — this time against two government officials who helped put the case together. Attorney General Ashcroft was reprimanded by the judge in the case for falsely linking the suspects to the Sep. 11 attacks in violation of a gag order.

There were no clear winners in the case; a certain loser was the federal government itself, as its “new paradigm” of thwarting terrorists before they struck clashed headlong into age-old notions of justice and due process.

As a reporter in Washington covering terrorism, I was always fascinated by the Detroit case and what it said about the country’s shifting attitudes toward terrorism after the attacks on the World Trade Center and the Pentagon.

In the immediate aftermath of the Sept. 11 attacks, the fear that gripped Washington over “second-wave” attacks was overwhelming. The near-certainty of another attack was an article of faith among Bush administration officials.

We in the media breathlessly covered every warning and tip about threats real and imagined: scuba divers, cargo trucks, tourist helicopters around the Statue of Liberty, a cable-cutting blowtorch on the Brooklyn Bridge and more, as if they were the next big attack. The F.B.I. and the C.I.A. had failed to connect the dots before the 9/11 attacks, and the country was determined not to let that happen again.

As the first major terrorism prosecution after 9/11, the Detroit case tapped into that national psyche and garnered worldwide attention as a result.

But by 2004, the year that the case collapsed in court, the pendulum had begun to shift. Three years removed from Sept. 11, the Bush administration was facing tougher scrutiny of its tactics in the “war on terror” from the media, the courts and the public at large. The Detroit case, once a symbol of the new threat of Islamic terrorism, became a symbol of government over-reaching instead.

Weeks after the collapse of the Detroit prosecution, a Times colleague, Danny Hakim, and I wrote a long investigative piece that examined the unraveling of such a high-profile case. What we found was infighting within the Justice Department, internal doubts about the strength of the case, tainted witnesses and questionable legal tactics.

We found that, inside the Justice Department, prosecutors believed aspects of the case were weak even as they were moving ahead with a major terrorism indictment against the Detroit men.

“We can charge this case with the hope that the case might get better,” the head of the counter-terrorism section wrote in 2002, “and the certainty that it will not get much worse.”

Twelve years after the dramatic arrests of “the Detroit Sleeper Cell,” remnants of the case are still being litigated in the federal courts. The difference now is that the Justice Department is the defendant — the result of a long feud between the department and a former employee, Richard Convertino, the original prosecutor in the Detroit case.

The Justice Department blamed Mr. Convertino for much of the bungled case and even brought criminal obstruction charges against him in 2006 for reportedly withholding evidence from defense lawyers for the Detroit men. But Mr. Convertino was acquitted of the charges and insisted he became the scapegoat for bad decisions that were largely made by higher-ups in Washington.

Last year, an appeals court revived a lawsuit that Mr. Convertino filed against the Justice Department. He is trying to establish that someone at the department improperly and anonymously leaked his name to The Detroit Free Press in 2004 as the target of an internal ethics investigation growing out of his handling of the Detroit case.

Earlier this year, a judge ordered the newspaper to turn over internal documents related to its original story on the ethics charges. The legal battle over Mr. Convertino’s lawsuit could mean still more embarrassment for the Justice Department in a case it once embraced.

This week’s Retro Report is the 20th in a documentary series. The video project was started with a grant from Christopher Buck. Retro Report has a staff of 13 journalists and 10 contributors led by Kyra Darnton, a former “60 Minutes” producer. It is a nonprofit video news organization that aims to provide a thoughtful counterweight to today’s 24/7 news cycle. The videos are typically 10 to 14 minutes long.

Previous Retro Reports can be found here ( articles and videos) or here (videos only). Visit the Retro Report Web site here. Booming: Living Through the Middle Ages offers news and commentary about baby boomers, anchored by Michael Winerip. Sign up for our weekly newsletter here. You may also follow Booming via RSS here or visit nytimes.com/booming. Our e-mail is booming@nytimes.com.