Every year Dispatches From The edge gives awards to news stories and newsmakers that fall under the category of “Are you serious?” Here are the awards for 2013. 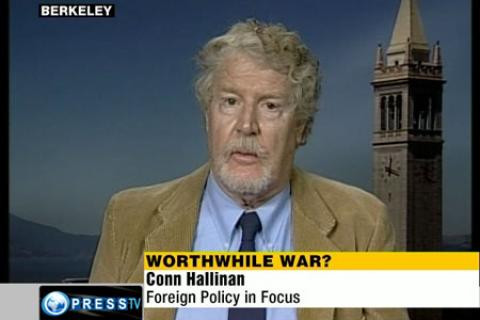 CREATIVE SOLUTIONS AWARD to the Third Battalion of the 41st U.S. Infantry Division for its innovative solution on how to halt sporadic attacks by the Taliban in Afghanistan’s Zhare District: it blew up a hill that the insurgents used as cover.

This tactic could potentially be a major job creator because there are lots of hills in Afghanistan. And after the U.S. Army blows them all up, it can take on those really big things: mountains.

Runner up in this category is Col. Thomas W. Collins, for his inventive solution on how to explain a sharp rise in Taliban attacks in 2013. The U.S. military published a detailed bar graphs indicating insurgent attacks had declined by 7 percent, but, when the figure was challenged by the media, the Army switched to the mushroom strategy*: “We’re just not giving out statistics anymore,” Col. Collins told the Associated Press.

Independent sources indicate that attacks were up 40 percent over last year, with the battlegrounds shifting from the south of Afghanistan to the east and north.

*Mushrooms are kept in the dark and fed manure.

The WHITE MAN’S BURDEN AWARD goes to retired U.S. Gen. Stanley McChrystal, former commander of U.S. troops in Afghanistan and an expert on counterinsurgency warfare. McChrystal told the Associated Press that the Afghans don’t really want the U.S. to withdraw, because they are “Like a teenager, you really don’t want your parents hanging around you, but…you like to know if things go bad, they’re going to help.” The General went on to say the U.S. needed to stay because “We have an emotional responsibility” to the Afghans.

The Greek state television network ERT’s reporting of the widespread opposition to the current austerity policies of the center-right Samaras government apparently annoyed the Prime Minister. Samaras dismissed all of ERT’s 2,700 employees and closed down the station (the fired workers are occupying ERT’s headquarters and continue to broadcast programming). When the government restarted broadcasts a month later, it led with a 1960’s comedy, followed by documentary about a Greek surrealist poet.

Turkish PM Erdogan pressured Turkey’s 24-hour television news stations not to cover the massive June demonstrations that paralyzed much of Istanbul and, instead, to broadcast a panel of medical experts talking about schizophrenia and a documentary about penguins. There are no penguins in Turkey, although the schizophrenia program may have been an appropriate subject matter for the Prime Minister .

The BAD HAIR AWARD to the Dublin city government for spending $6.8 million to promote a Redhead Convention in the village of Crosshaven on Ireland’s southeast coast.

Ireland is currently in a major depression triggered by a banker-instigated housing bubble. The International Monetary Fund, the European Central Bank and the European Commission—the so-called “troika”—bailed out the banks and instituted a massive austerity program on Ireland. The cost of the bailout is approximately $13,750 for every Irish citizen.

The salaries of government workers were cut 20 percent, and 35,000 public employees were laid off. Pensions, unemployment and welfare benefits were slashed and new taxes imposed. Unemployment is at almost 13 percent—28 percent for young people. A survey found that 67 percent of families with young children are unable to afford basic necessities, and are in arrears on their rent, utility bills, and mortgages. Some 20 percent of Ireland’s children live in houses where both parents are out of work—the highest in Europe—and in a population of 4.6 million people, more than 200,000 have emigrated, about 87,000 a year.

Alan Hayes, the convention’s “king of the redheads,” told the Financial Times that the “Festival of ginger-loving madness” would draw Irish from all over the world. It is estimated that the Irish diaspora makes up about 100 million people.

“Ireland has one of the highest populations of redheads in the world and we will celebrate by getting together as many as possible,” says Hayes. The competitions will include the best red hair, eyebrows, and the “most freckles per square inch.”

The JACKAL AWARD goes to the government of France for leveraging its opposition to a settlement between Iran and the U.S. over Teheran’s nuclear program as a way to break into the lucrative Middle East arms market. France’s spoiler role was praised by the Gulf Cooperation Council (GCC), which includes the monarchies of Saudi Arabia, Qatar, Kuwait, the United Arab Emirates, Bahrain, Oman, Jordan and Morocco.

“France could gain financially from the GCC’s frustrations over recent U.S. policy in the Middle East,” the global security analyst group Stratfor notes. “Significant defense contracts worth tens of billions of dollars are up for grabs in the Gulf region, ranging from aircraft to warships to missile systems. France is predominantly competing with Britain and the United States for the contracts and is seeking to position itself as a key ally of Saudi Arabia, Qatar, and the United Arab Emirates as it looks to strengthen its defense and industrial ties with the region.”

The French arms company Thales is negotiating to upgrade Saudi Arabia’s short-range missile systems for $3.34 billion and working on a $2.72 billion deal to modernize the kingdom’s air defense system. Paris is also negotiating an $8 billion contract to supply the Emirates with 60 Rafale fighter-bombers and trying to sell 72 Rafales to Qatar. France is smarting over the recent collapse of a $4 billion deal to sell Rafale aircraft to Brazil, and a big sale in the Gulf would more than make up for the loss.

Israel—which also praised the French stance vis-à-vis Iran and the U.S.—invited French President Francois Hollande to be the “guest of honor” at last month’s “France-Israel Innovation Day” in Tel Aviv. Israel’s aeronautics industry had more than $6 billion in sales from 2009 to 1010, and Israel is the fourth largest weapons exporter in the world. France would like to sell its commercial Airbus to Tel Aviv, as well as get in on Israel’s expanding drone industry.

The CONFUSED PRIORITIES AWARD to the Associated Press for its March 5 story titled “Little Reaction In Oil Market to Chavez Death” on the demise of Venezuelan President Hugo Chavez. The authors noted that Venezuela has the second-largest oil reserves after Saudi Arabia, but that the leftist former paratrooper had squandered that wealth:

“Chavez invested Venezuela’s oil wealth into social programs including state-run food markets, cash benefits for poor families, free health clinics and education programs. But those gains were meager compared with the spectacular construction projects that oil riches spurred in glittering Middle Eastern cities, including the world’s tallest building in Dubai and plans for branches of the Louvre and Guggenheim Museums in Abu Dhabi.”

According to the Gini Coefficient that measures wealth, Venezuela now has the lowest rate of inequality in Latin America. Poverty has been reduced to 21 percent, and “extreme poverty” from 40 percent to 7.3 percent. Illiteracy has been virtually eliminated, and infant mortality has dropped from 25 per 1,000 to 13 per 1,000, the same as it is for Black Americans. Health clinics increased 169.6 percent, and five million Venezuelans receive free food.

But on the other hand they could have had a copy of the Victory of Samothrace or the Mona Lisa.

The PINOCCHIO AWARD to the five countries that violated international law by forcing Bolivian President Evo Morales’ plane down and then lying about it.

Morales had been meeting with Russian officials in Moscow when U.S. intelligence services became convinced the leftist president was going to spirit National Security Agency whistle blower Edward Snowden back to Bolivia. When Morales’ plane left Russia, the U.S. leaned on France, Italy, Spain and Portugal to close their airspace and deny the plane refueling rights. Morales was forced to turn back and land in Austria, where his aircraft sat for 13 hours.

When Morales protested, the French said they didn’t know Morales was on the plane, the Portuguese claimed its international airport couldn’t fuel the aircraft, the Spanish said his flyover permit had expired, and the Italians denied they ever closed their airspace. The U.S. initially said it had nothing to do with the incident, but that excuse collapsed once Spain finally admitted it had received an American request to close its airspace to Morales’s plane.

The Organization of American States, the Union of South American Nations, and UN General Secretary Ban Ki-moon all protested the actions by the five nations as a violation of international law and international commercial airlines treaties.

An angry Morales said, “The Europeans and the Americans think that we are living in an era of empires and colonies. They are wrong. We are a free people…they can no longer do this.”

The Frank Norris Award to the U.S. National Reconnaissance Office, the intelligence agency in charge of spy satellites, for its new logo: a giant, frowning octopus, its arms encircling the world, sporting the slogan “Nothing is beyond our reach.” Norris wrote a famous turn of the 20th century novel called “The Octopus” about the struggle between farmers in California and the railroads that dominated the state’s politics.

The BROAD SIDE OF THE BARN AWARD to the Obama administration for spending an extra $1 billion to expand the $34 billion U.S. anti-ballistic missile system (ABM) in spite of the fact that the thing can’t hit, well, the broad side of a barn. The last test of the ABM was in July, when, according to the Pentagon, “An intercept was not achieved.” No surprise there. The ABM hasn’t hit a target since 2008.

The $1 billion will be used to add 14 interceptors to the 30 already deployed in Alaska and California.

Runner up in this category was Israel’s Rafael Advanced Defense Systems, the maker of “Iron Dome,” the Israeli ABM system designed to intercept short-range rockets. According to Rafael officials, Iron Dome was 80 percent effective in intercepting Qassem and Grad rockets fired by Palestinians from Gaza during last November’s Operation Pillar of Defense.

But an independent analysis of Iron Dome’s effectiveness discovered that the 80 percent figure was mostly hype. Tesla Laboratories, a U.S. defense company, found that the interception success rate was between 30 and 40 percent, and Ted Postal—the Massachusetts Institute of Technology professor who successfully debunked the accuracy claims for Patriot missiles fired during the 1991 Gulf War—says Iron Dome has a “kill rate” of between five and 10 percent.

But a lack of success seems to be a sure fire way to open the cash spigots.

The U.S., which contributed more than $200 million to build Iron Dome, will spend an additional $680 million through 2015. The U.S. will also throw $173 million into Israel’s high altitude Arrow 2 and Arrow 3 interceptors, part of which are made by Boeing.

ABMs tend to be destabilizing, because the easiest way to defeat them is to overwhelm them with missiles, thus spurring an arms race. They also give their owners a false sense of security. And while they don’t work, they do cost a lot, which is bad news for taxpayers and good news for Boeing—also, the prime contractor for the U.S. ABM system—and Toys R Us. Yes, Toys R Us makes the guidance fins on the Iron Dome rocket.

The GOLDEN LEMON AWARD once again goes to Lockheed Martin (with a tip of the hat to sub-contractors Northrop Grumman, BAE, L-3 Communications, United Technologies Corp., and Honeywell) for “shoddy” work on the F-35 stealth fighter, the most expensive weapons system in U.S. History. The plane—already 10 years behind schedule and 100 percent over budget—has vacuumed up $395.7 billion, and will eventually cost $1.5 trillion.

A Pentagon study, according to Agence France Presse, “cited 363 problems in the design and manufacture of the costly Joint Strike Fighter, the hi-tech warplane that is supposed to serve as the backbone of the future American fleet.”

The plane has difficulty performing at night or in bad weather, and is plagued with a faulty oxygen supply system, fuselage cracks and unexplained “hot spots.” Its software is also a problem, in part because it is largely untested. “Without adequate product evaluation of mission system software,” the Pentagon found, “Lockheed Martin cannot ensure aircraft safety requirements are met.”