2014, the Year of Living Consciously

Buy less. Give five per cent of your earnings to others fostering change. 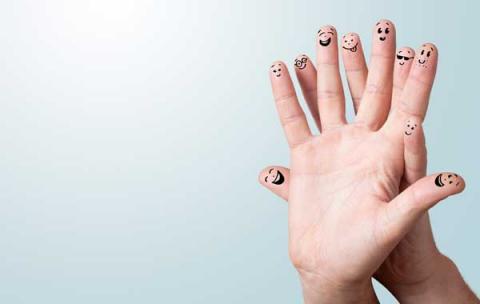 The world we want can only happen through conscious personal decisions and collective action., Shutterstock.

Two of the big storms hitting Canada in the last year were not just terrifying and incredibly damaging, they were a little spooky. It was as if nature was making its already unmistakable message of impending catastrophe even more specific.

The almost biblical flooding in Calgary -- the home base for the oil companies aiming to quadruple the output from the tar sands -- and the ice storm in Toronto both had these almost-sentient aspects to them. Lots of people (though apparently no one in government in Alberta) saw the irony of the Calgary flood and its connection to climate change and the oil patch.

And Toronto? It's hard to imagine a more dramatic way to slow down Christmas shopping madness than to encase the country's biggest shopping city in an inch of ice and turn comfortable urban dwellings into dark, freezing caves. Surely the message is clear enough: our blasé expectations that we can just keep shopping no matter the unintended consequences was challenged in dramatic fashion.

But how many people got the message? Or if they did, how many just paused momentarily before they opened their gifts by candlelight, wrapped in sleeping bags, and then mused about the Boxing Day sales?

The truth is that we are all woefully ill-equipped to deal with the multiple crises that are bearing down on us. (A friend of mine is so alarmed that during an evening of political small talk he periodically declared that we were facing "A tsunami!!" and then just went silent, no more able to cope with the reality than the rest of us.)

Our personal and collective task

The terrible irony of our situation is that just as we all need to be what I call "intentional citizens," we are, unconsciously and even unwillingly, becoming less and less engaged, more and more individualistic. Just what are we to do, as individuals, when faced with crises so overwhelming that our minds reel at the thought of the varied, frightening consequences: "Oops, better not go there. Way too scary. I know! Let's go shopping!"

Our collective institutions are similarly at their weakest points just as we need them to be at their strongest and most imaginative. Our democracy -- including political parties -- is increasingly unable to deliver what it once promised, let alone what we want. Universities are increasingly corporatized, jettisoning traditional ethics for corporate loot to pay their bills. Regulations developed over decades to protect us are either being eliminated or simply unenforced by governments whose job it once was to ensure our safety. Major media, which once, nominally at least, entertained the notion of political debate about society's direction, have been hijacked by corporatist ideology and are thus rendered incapable of seeking the truth, let alone telling it.

So, as always, it is up to us to reverse this juggernaut, to get in its way, to make clear statements through our actions as individual citizens until a time when we constitute a critical mass of citizenry that becomes a movement for social change. And it will take time. My generation will only see the start of it.

How realistic is such a notion? No one can say for certain how the next five to 10 years will unfold regarding democracy, inequality, climate change and peak oil. But the notion that we can behave as if it is business as usual will not wash. We can hardly expect our institutions -- which like it or not are reflections of us -- to address the moral imperative of facing the crises, if we don't do so personally.

There are organizations out there which are actually addressing the crises and we as citizens must support them to a much greater extent than we do now. We need to consume less and give more. (Obviously I am not talking about those who have no discretionary income.) But to consume less we need to recognize what we are up against.

The drive to consume is at the heart of a perverse capitalist system that is incapable of ever moderating its behaviour. We might want to think of the so-called corporate citizen as a psychopath, characterized, according to Wikipedia, by "...enduring dissocial or antisocial behavior, a diminished capacity for empathy or remorse, and poor behavioral controls or fearless dominance."

To make matters worse, this personality disorder is effectively codified in the law so that corporations, obligated solely to meet their fiduciary duty to shareholders, are actually encouraged to behave in this manner.

We are not just up against the most powerful institution in human history, we are also up against its particularly sophisticated -- one could say maniacally designed and executed -- marketing and advertising arm. We are all affected. When students in media studies classes are asked if they think advertising affects people's behaviour the vast majority say yes. When asked if their behaviour is affected, the vast majority say no.

Given that firms make millions by determining for their clients what twelve year olds buy or might buy by wiring young brains to see what lights them up, what chance does any of us have in escaping the subconscious pull of marketing? You just know in your gut that we are completely out-gunned, out-smarted and easily manipulated. When it comes to advertising we are all twelve year olds.

Unless. Unless we actually become conscious, anti-consumer warriors, trained in the fine art of resisting every ad we ever see and vigilant in our efforts to live simply so that others may simply live.

It is not enough to "ignore" advertising. In fact, it can't be done. They've already incorporated this naive and amateurish tactic into their strategy. The anti-consumer warrior treats advertising as a sinister psyop campaign launched by a mortal enemy. And if you feel squeamish about the term enemy, then take a moment to imagine how many people will die from climate change and the rampant inequality being unleashed by consumer capitalism as you read this. Buying more and more stuff is already killing us, but it will kill a lot more of our children and their children and their children, and in ever-increasing numbers.

When we buy stuff we don't need we should see it as a declaration of active support for the forces aligned against the planet and against social justice. To actually stop buying more useless stuff requires a serious shift in consciousness: examining everything we purchase beyond food and shelter and other real necessities. Every dollar we spend on things we don't need is a dollar that could go to supporting the change we know we need. Obviously things are more complicated than this and it is simply unrealistic to never buy anything we don't need (rather than want). But the exercise itself will be instructive and it will change the way we see the world that has been constructed for us (and not by us).

Now comes the easier part -- what to do with the money you didn't spend on more stuff. There have been studies in the past few years showing clearly that spending on someone else actually generates more happiness than spending on yourself because it creates social connections that would otherwise not exist in a culture that rewards possessive individualism. That would be a gratifying contribution to rebuilding community, but it also happens that spending on things that matter also brings more happiness than selfish spending.

One way of buying less stuff is to choose a percentage of your pre-tax income that you are going to deduct from your useless-stuff-budget. The Christian right effectively does this through a tithe that is set at 10 per cent with the money going to their causes (including dismantling democracy). But let's assume most of us reading this are still pikers when it comes to tithing so maybe we should aim for five per cent. That's right. If you gross $70,000 a year then explain to yourself why you can't find $3,500 a year to contribute to organizations that are actually making a difference in facing the global crises that threaten us. Feeling frisky? Make it 10 per cent and $7,000.

Maybe you don't like quotas or perhaps a tithe sounds too religious. Fine. But 2014 needs to be the year of living -- and giving -- consciously. Up to now, we haven't been serious. [Tyee]