The New York Times and The Guardian (London) published major editorial statements on New Year's Day, reviewing the evidence that Edward Snowden's whistleblowing on NSA spying has largely been vindicated. They call for the creation of conditions that will allow Snowden to return home with dignity. 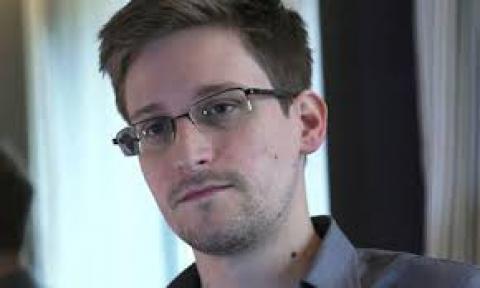 Seven months ago, the world began to learn the vast scope of the National Security Agency’s reach into the lives of hundreds of millions of people in the United States and around the globe, as it collects information about their phone calls, their email messages, their friends and contacts, how they spend their days and where they spend their nights. The public learned in great detail how the agency has exceeded its mandate and abused its authority, prompting outrage at kitchen tables and at the desks of Congress, which may finally begin to limit these practices.

The revelations have already prompted two federal judges to accuse the N.S.A. of violating the Constitution (although a third, unfortunately, found the dragnet surveillance to be legal). A panel appointed by President Obama issued a powerful indictment of the agency’s invasions of privacy and called for a major overhaul of its operations.

All of this is entirely because of information provided to journalists by Edward Snowden, the former N.S.A. contractor who stole a trove of highly classified documents after he became disillusioned with the agency’s voraciousness. Mr. Snowden is now living in Russia, on the run from American charges of espionage and theft, and he faces the prospect of spending the rest of his life looking over his shoulder.

Considering the enormous value of the information he has revealed, and the abuses he has exposed, Mr. Snowden deserves better than a life of permanent exile, fear and flight. He may have committed a crime to do so, but he has done his country a great service. It is time for the United States to offer Mr. Snowden a plea bargain or some form of clemency that would allow him to return home, face at least substantially reduced punishment in light of his role as a whistle-blower, and have the hope of a life advocating for greater privacy and far stronger oversight of the runaway intelligence community.

Mr. Snowden is currently charged in a criminal complaint with two violations of the Espionage Act involving unauthorized communication of classified information, and a charge of theft of government property. Those three charges carry prison sentences of 10 years each, and when the case is presented to a grand jury for indictment, the government is virtually certain to add more charges, probably adding up to a life sentence that Mr. Snowden is understandably trying to avoid.

The president said in August that Mr. Snowden should come home to face those charges in court and suggested that if Mr. Snowden had wanted to avoid criminal charges he could have simply told his superiors about the abuses, acting, in other words, as a whistle-blower.

“If the concern was that somehow this was the only way to get this information out to the public, I signed an executive order well before Mr. Snowden leaked this information that provided whistle-blower protection to the intelligence community for the first time,” Mr. Obama said at a news conference. “So there were other avenues available for somebody whose conscience was stirred and thought that they needed to question government actions.”

In fact, that executive order did not apply to contractors, only to intelligence employees, rendering its protections useless to Mr. Snowden. More important, Mr. Snowden told The Washington Post earlier this month that he did report his misgivings to two superiors at the agency, showing them the volume of data collected by the N.S.A., and that they took no action. (The N.S.A. says there is no evidence of this.) That’s almost certainly because the agency and its leaders don’t consider these collection programs to be an abuse and would never have acted on Mr. Snowden’s concerns.

In retrospect, Mr. Snowden was clearly justified in believing that the only way to blow the whistle on this kind of intelligence-gathering was to expose it to the public and let the resulting furor do the work his superiors would not. Beyond the mass collection of phone and Internet data, consider just a few of the violations he revealed or the legal actions he provoked:

The shrill brigade of his critics say Mr. Snowden has done profound damage to intelligence operations of the United States, but none has presented the slightest proof that his disclosures really hurt the nation’s security. Many of the mass-collection programs Mr. Snowden exposed would work just as well if they were reduced in scope and brought under strict outside oversight, as the presidential panel recommended.

When someone reveals that government officials have routinely and deliberately broken the law, that person should not face life in prison at the hands of the same government. That’s why Rick Ledgett, who leads the N.S.A.’s task force on the Snowden leaks, recently told CBS News that he would consider amnesty if Mr. Snowden would stop any additional leaks. And it’s why President Obama should tell his aides to begin finding a way to end Mr. Snowden’s vilification and give him an incentive to return home.

Snowden Affair: The Case for a Pardon
The Guardian
January 1, 2014

Snowden gave classified information to journalists, even though he knew the likely consequences. That was an act of courage

In an interview with the Washington Post just before Christmas, Edward Snowden declared his mission accomplished. At first sight it seemed a grandiose, even hubristic, statement. In fact, it betrayed a kind of modesty about the intentions of the former NSA analyst. "I didn't want to change society," he explained. "I wanted to give society a chance to determine if it should change itself."

Mr Snowden – through journalists, in the absence of meaningful, reliable democratic oversight – had given people enough knowledge about the nature of modern intelligence-gathering to allow an informed debate. Voters might, in fact, decide they were prepared to put privacy above security – but at least they could make that choice on the basis of information.

That debate is now actively happening. In a remarkable week before Christmas, a US judge found that the "almost Orwellian" techniques revealed by Mr Snowden were probably unconstitutional. A review panel of security experts convened by President Obama himself made more than 40 recommendations for change. The leaders of the eight major US tech companies met the president to express their alarm. Parliamentarians, presidents, digital engineers, academics, lawyers and civil rights activists around the world have begun a wide-ranging and intense discussion. Even the more reasonable western security chiefs acknowledge a debate was necessary.

Man does civic duty, and is warmly thanked? Of course not. Should Mr Snowden return to his homeland he can confidently expect to be prosecuted under the Espionage Act and, if convicted – like Chelsea Manning before him – locked away for a very long time. For all his background in constitutional law and human rights, Mr Obama has shown little patience for whistleblowers: his administration has used the Espionage Act against leakers of classified information far more than any of his predecessors. It is difficult to imagine Mr Obama giving Mr Snowden the pardon he deserves. There has been some talk of an amnesty – with NSA officials reportedly prepared to consider a deal allowing Mr Snowden to return to the US in exchange for any documents to which he may still have access. The former head of MI5, Dame Eliza Manningham-Buller recently predicted such an outcome, though Mr Obama's own security adviser, Susan Rice, thought he didn't "deserve" it. A former CIA director, James Woolsey, suggested he "should be hanged by his neck until he is dead".

The first world war vintage Espionage Act is, like its British counterpart, the Official Secrets Act, a clumsy and crude law to use against government officials communicating with journalists on matters where there is a clear public interest – if only because it does not allow a defendant to argue such a public interest in court. It is at least possible that, should he ever face trial, there could be a "jury nullification", where a defendant's peers acquit him even though technically guilty – as in the UK in the 1985 case of Clive Ponting, a civil servant who leaked defence information. Such an outcome would be a humiliating rebuke to those bringing a prosecution.

Mr Snowden gave classified information to journalists, even though he knew the likely consequences. That was an act of some moral courage. Presidents – from Franklin Roosevelt to Ronald Reagan – have issued pardons. The debate that Mr Snowden has facilitated will no doubt be argued over in the US supreme court. If those justices agree with Mr Obama's own review panel and Judge Richard Leon in finding that Mr Snowden did, indeed, raise serious matters of public importance which were previously hidden (or, worse, dishonestly concealed), is it then conceivable that he could be treated as a traitor or common felon? We hope that calm heads within the present administration are working on a strategy to allow Mr Snowden to return to the US with dignity, and the president to use his executive powers to treat him humanely and in a manner that would be a shining example about the value of whistleblowers and of free speech itself.