How Obama can save USPS and ding check-cashing joints. 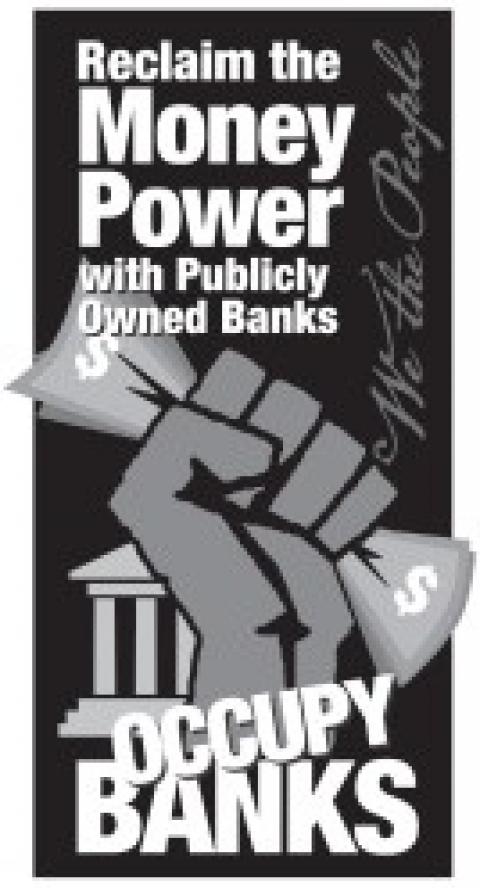 One of the key messages of tonight’s State of the Union address will be President Obama’s willingness to bypass Congress to create jobs and reduce inequality. As luck would have it, yesterday a new government report detailed an innovation that would preserve one of the largest job creators in the country, save billions of dollars specifically for the poor, and develop the very ladders of opportunity that Obama has championed as of late. What’s more, this could apparently be accomplished without Congressional action, but merely through existing executive prerogatives.

What’s the policy? Letting the U.S. Postal Service (USPS) offer basic banking services to customers, like savings accounts, debit cards and even simple loans. The idea has been kicked around policy circles for years, but now it has a crucial new adherent: the USPS Inspector General, who endorsed the initiative in a comprehensive white paper.

The Inspector General, who conducted the study with the help of a team of experts in international postal banking as well as a former executive from Merrill Lynch, correctly frames the proposal not as a challenge to mega-banks, but as a way to deliver needed amenities to the nearly 68 million Americans—over one-quarter of U.S. households—who have limited or no access to financial services. Instead of banks, these mostly low-income individuals use check-cashing stores, pawnshops, payday lenders, and other unscrupulous financial services providers who gouged their customers to the tune of $89 billion in interest and fees in 2012, according to the IG report. Post offices could deliver the same services at a 90 percent discount, saving the average underserved household over $2,000 a year and still providing the USPS with $8.9 billion in new annual profits, significantly improving its troubled balance sheet. The report calls simple financial services “the single best new opportunity for the posts to earn additional revenue.”

As America becomes more of a cashless society, more reliant on some level of financial services (try renting a car without a credit card), the 68 million under-banked are essentially forced into working with predatory businesses, without the kind of low-cost alternative the post office could provide. Banks don’t want these customers; if they did, they would actually make a play for their business. Large banks have closed branches in the very low-income communities with the largest percentages of unbanked Americans. In fact, banks find it more profitable to fund payday lenders that charge junk fees and outrageous interest—currently the subject of a Justice Department investigation—than actually take market share away from them.

Instead of partnering with predatory lenders, banks could partner with the USPS on a public option, not beholden to shareholder demands, which would treat customers more fairly. As the report says, “the Postal Service could greatly complement banks’ offerings,” and in turn help drive out of business some of the most crooked companies in America, while promoting savings and expanding credit for the poor.

The report suggests three types of potential products. First, it proposes a “Postal Card” that could make in-store purchases, access cash at ATMs, pay bills online, or transfer money internationally. Customers with paper checks could cash them at the post office or deposit them through their cell phones, loading them onto their Postal Card. Second, the USPS could offer an interest-bearing savings account, again through the Postal Card, encouraging savings from communities with little in the way of a personal safety net. Finally, the Postal Service could offer small-dollar loans, effectively an alternative to costly payday lending. The fees on all these services would be drastically lower than anything in the marketplace today.

The postal service, with public trust earned over generations and 35,000 outlets in the best real estate in practically every city in America (in fact, the report notes, 59 percent of all post offices are in “bank deserts” with only one bank branch or less), is well-positioned to deliver simple financial services. In fact, it did for over 50 years. Begun in 1911, the Postal Savings System allowed Americans to deposit cash with certain branch post offices, at 2 percent interest. By 1947, the system held deposits for over four million customers. Though dismantled in 1967 (after banks offered higher interest rates and eroded its market share), the post office continues to issue domestic and international money orders, including $22.4 billion worth in 2011, as well as prepaid debit cards through a deal with American Express.

It’s this point which, the Inspector General contends, would allow the USPS to potentially dispense banking services immediately, without Congressional approval. The Postal Accountability and Enhancement Act (PAEA) of 2006 put restrictions on offering new “non-postal” services. However, the report points out, “given that the Postal Service is already providing money orders and other types of non-bank financial services, it could explore options within its existing authority.”

This transforms postal banking from a nice idea that works in other countries but would never get through Congress to something the USPS could test right away. While the Inspector General does not represent the final legal word on the subject, precedent would be on the side of the Postal Service if it wanted to construe the PAEA this way. The 1984 Supreme Court ruling in Chevron v. NRDC generated what is known as the “Chevron deference,” which gives fairly generous latitude to federal agencies in interpreting statutes. Congress could always act at the behest of payday lenders and other operators to ban the USPS from specifically offering financial services, but then gridlock would work in the Postal Service’s favor, foiling Congress’ effort to stop postal banking.

It’s one thing for activist organizations or random writers named Dave to endorse postal banking—but the USPS Inspector General carries more weight, especially with such a thorough study clearly showing major benefits for the post office and society as a whole. Indeed, this proposal would advance many of President Obama’s stated goals. Stabilizing the post office’s finances would prevent more of the hundreds of thousands of layoffs we’ve already seen, and give new life to one of the largest job creators in America. Moreover, this is a classic inequality reducer. Simply getting access to financial services is a key step for social and economic mobility, and would allow for better quality of life and, perhaps, increased opportunities for advancement.

All that remains, then, to make postal banking a reality is for the USPS to accept the Inspector General’s recommendation. Unfortunately, Postmaster General Thomas Donohoe has largely looked to closing facilities, streamlining personnel, and raising rates to salvage the Postal Service. Innovative proposals have not topped his list. Agency officials have declined to endorse the IG report thus far.

Maybe it’s time for President Obama to step in. He’s been looking for something to show he can help improve the lives of ordinary Americans, regardless of Congress’ inaction. Here’s a perfect opening on an issue of equal access, of affordability, of saving an American institution. Sure, the banks will squawk: the chief counsel of the American Bankers Association has already pronounced himself “deeply concerned”—but as the IG report shows, they have no interest in serving this community. So surely that won’t stop the President from urging the USPS to take advantage of this lucrative and worthwhile option. Unless he values payday lenders and greedy middlemen more than the financial security of the Postal Service and millions of poor Americans.