In Ukraine, Fascists, Oligarchs and Western Expansion Are At The Heart Of The Crisis 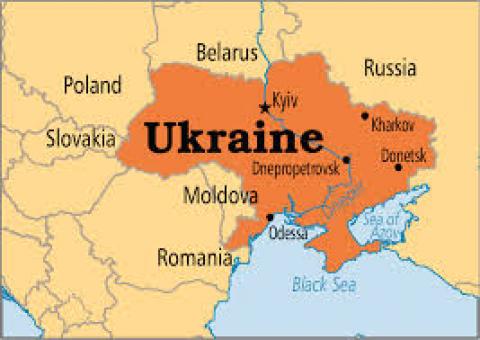 We've been here before. For the past couple of months street protests in Ukraine have been played out through the western media according to a well-rehearsed script. Pro-democracy campaigners are battling an authoritarian government. The demonstrators are demanding the right to be part of the European Union. But Russia's president Vladimir Putin has vetoed their chance of freedom and prosperity.

It's a story we've heard in one form or another again and again – not least in Ukraine's western-backed Orange revolution a decade ago. But it bears only the sketchiest relationship to reality. EU membership has never been – and very likely never will be – on offer to Ukraine. As in Egypt last year, the president that the protesters want to force out was elected in a poll judged fair by international observers. And many of those on the streets aren't very keen on democracy at all.

You'd never know from most of the reporting that far-right nationalists and fascists have been at the heart of the protests and attacks on government buildings. One of the three main opposition parties heading the campaign is the hard-right antisemitic Svoboda, whose leader Oleh Tyahnybok claims that a "Moscow-Jewish mafia" controls Ukraine. But US senator John McCain was happy to share a platform with him in Kiev last month. The party, now running the city of Lviv, led a 15,000-strong torchlit march earlier this month in memory of the Ukrainian fascist leader Stepan Bandera, whose forces fought with the Nazis in the second world war and took part in massacres of Jews.

So in the week that the liberation of Auschwitz by the Red Army was commemorated as Holocaust Memorial Day, supporters of those who helped carry out the genocide are hailed by western politicians on the streets of Ukraine. But Svoboda has now been outflanked in the protests by even more extreme groups, such as "Right Sector", who demand a "national revolution" and threaten "prolonged guerrilla warfare".

Not that they have much time for the EU, which has been pushing Ukraine to sign an association agreement, offering loans for austerity, as part of a German-led drive to open up Ukraine for western companies. It was Viktor Yanukovych's abandonment of the EU option – after which Putin offered a $15bn bailout – that triggered the protests.

But Ukrainians are deeply divided about both European integration and the protests – largely along an axis between the largely Russian-speaking east and south (where the Communist party still commands significant support), and traditionally nationalist western Ukraine. Industry in the east is dependent on Russian markets, and would be crushed by EU competition.

It's that historic faultline at the heart of Ukraine that the west has been trying to exploit to roll back Russian influence since the 1990s, including a concerted attempt to draw Ukraine into Nato. The Orange revolution leaders were encouraged to send Ukrainian troops into Iraq and Afghanistan as a sweetener.

Nato's eastward expansion was halted by the Georgian war of 2008 and Yanukovych's later election on a platform of non-alignment. But any doubt that the EU's effort to woo Ukraine is closely connected with western military strategy was dispelled today by Nato's secretary general, Anders Fogh Rasmussen, who declared that the abortive pact with Ukraine would have been "a major boost to Euro-Atlantic security".

Which helps to explain why politicians like John Kerry and William Hague have been so fierce in their condemnation of Ukrainian police violence – which has already left several dead – while maintaining such studied restraint over the killing of thousands of protesters in Egypt since last year's coup.

Not that Yanukovych could be mistaken for any kind of progressive. He has been backed to the hilt by billionaire oligarchs who seized control of resources and privatised companies after the collapse of the Soviet Union – and fund opposition politicians and protesters at the same time. Indeed, one interpretation of the Ukrainian president's problems is that the established oligarchs have had enough of favours granted to an upstart group known as "the family".

It's anger at this grotesque corruption and inequality, Ukraine's economic stagnation and poverty that has brought many ordinary Ukrainians to join the protests – as well as outrage at police brutality. Like Russia, Ukraine was beggared by the neoliberal shock therapy and mass privatisation of the post-Soviet years. More than half the country's national income was lost in five years and it has yet fully to recover.

But nor do the main opposition and protest leaders offer any kind of genuine alternative, let alone a challenge to the oligarchy that has Ukraine in its grip. Yanukovych has now made sweeping concessions to the protesters: sacking the prime minister, inviting opposition leaders to join the government and ditching anti-protest laws passed earlier this month.

Whether that calms or feeds the unrest will be clear soon enough. But the risk of the conflict spreading – leading political figures have warned of civil war – is serious. There are other steps that could help defuse the crisis: the creation of a broad coalition government, a referendum on EU relations, a shift from a presidential to a parliamentary system and greater regional autonomy.

The breakup of Ukraine would not be a purely Ukrainian affair. Along with China's emerging challenge to US domination of east Asia, the Ukrainian faultine has the potential to draw in outside powers and lead to a strategic clash. Only Ukrainians can overcome this crisis. Continuing outside interference is both provocative and dangerous.