Over 40 protestors staged an action in the Guggenehim museum Saturday, to call attention to the construction of a Guggenheim branch being built in Abu Dhabi by migrant workers. Protestors say numerous reports have found that the workers are being treated inhumanely. 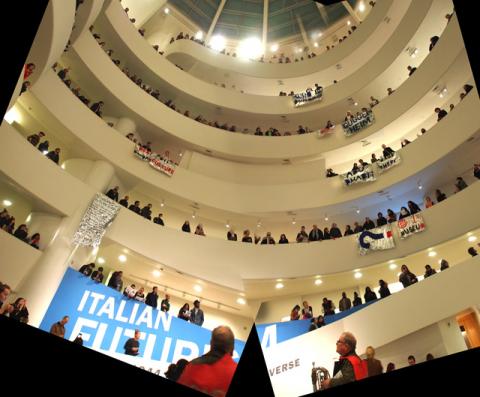