This is the heart of the new financialism and it is happening all over the country. If this were just one isolated case, we could probably live with it. It might even lead to a new law that would outlaw Ackman's outrageous behavior. But this kind of de-creative destruction is now a central feature of our new financialized economy. It is now routine for big-time investors to make bets against companies and then try to bring those companies down using a variety of tactics. 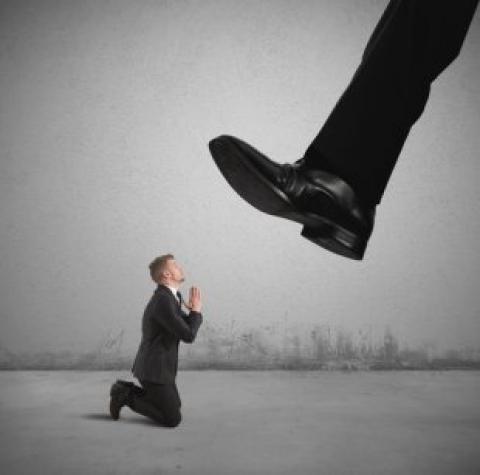 In a free-enterprise system businesses are born and destroyed through the play of ruthless competitive forces, all seeking profits. Bad products and services disappear and new ones take their place. Overall, society supposedly improves as it marches over the carcasses of failed businesses, outmoded technologies and dislocated workers.

But William Ackman, and his hedge fund Pershing Capital, have taken this concept one step further in their attempt to creatively destroy Herbalife, a maker and distributor of nutritional supplements. Rather than create (or invest in) a rival company to compete with Herbalife, Ackman placed a $1 billion bet that the company would crash in value, and then set out to make it so.

Ackman is shorting the stock—that is, betting it will go down in price, like going to the track and betting on the horse to lose. But in Ackman's case he is trying to put Quaaludes in the horse's feed, nails in her hoofs and ride her with a 200-pound jockey.

Ackman has convinced himself that Herbalife operates an illegal pyramid scheme, that the company supposedly makes more money by selling distributorships than it does by selling its products to the public. He claims that the company preys upon minorities who buy these distributorships and the products in the hope of getting rich, but then go bust. He says he will go "to the ends of the Earth" to end this grave injustice. If the Federal Trade Commission rules against Herbalife, the value of the stock would plummet and Ackman would make a great deal of money, perhaps in the billions. (To be fair, Ackman now claims he will give away his "blood money." But he makes no commitments for his hedge fund investors who would gain 80% of the profits.)

Ackman's lofty, public-spirited goal is to destroy the reputation of Herbalife and pressure the feds to outlaw its practices. That he is permitted to do so, and brag about it in public, shows us how far capitalism has fallen into the financial muck.

How to Make Friends and Influence Stock Prices

Ackman's tactics are painfully transparent. He donates money to minority organizations, whose leaders and members then write letters to Washington about the evils of Herbalife. (As it turns out some of the letters seem to have been written by publicists in behalf of grassroots folks who have no recollection of writing the letters.) He also meets with politicians and asks them to do the same. In short, he is spending hundreds of thousands of dollars to mobilize the public so that the can win his bet. It's like a for-profit version of Nader's Raiders. (Am I showing my age with that reference?)

While we know that community groups receive cash in exchange for supporting Ackman's campaign, we don't know exactly what kind of quid pro quo comes when politicians provide support. However, we do know this: it's getting a bit embarrassing for Senator Ed Markey (Dem, MA) who's been caught with his lobbying pants down. A year after his staff was contacted by Ackman, Markey said on March 10, "that his work as a 'consumer advocate' led him to urge federal regulators to open a fraud investigation of Herbalife and that he was unaware an activist investor who lobbied his office stood to make a profit from his actions."

If true, that would make Markey the only person in Washington who didn't know Ackman was trying to destroy Herbalife.

Destroying the Means of Production

If this were just one isolated case, we could probably live with it. It might even lead to a new law that would outlaw Ackman's outrageous behavior. But this kind of de-creative destruction is now a central feature of our new financialized economy. It is now routine for big-time investors to make bets against companies and then try to bring those companies down using a variety of tactics, some of which may be illegal. As the New York Times reports, there was a similar game plan for-profit colleges:

"Regulators frequently get entreaties from financiers urging action for their own financial gain, like the hedge fund executives who in 2010 tried to secretly push Obama administration officials to investigate for-profit colleges, again citing fraudulent industry practices, after betting that their stocks would decline."

You might be thinking that this is all for the good. Maybe Herbalife and for-profit colleges should bite the dust. If it takes hedge funds, instead of Ralph Nader, to bring them down, more power to them.

Well, before we become hedge fund cheerleaders, let's not forget the great housing scams that worked on the same principle. For example, at the height of the bubble, hedge fund mogul John Paulson colluded with Goldman Sachs in the infamous Abacus deal to create a housing security that was designed to fail. They created a synthetic CDO (don't ask) that referenced sets of mortgages that were chosen precisely because they were likely to go belly up. Those who bought the securities didn't know that Paulson, who was betting against them, had made those selections. The subsequent federal investigations allowed Paulson to keep his billion dollars in profits. However, Goldman Sachs was fined $550,000 for failing to disclose the relevant information to the buyers. Other hedge funds like Magetar created similar deals, all of which contributed mightily to the implosion of the housing bubble and the crash of the economy.

It is now a fact of modern financial life that those who bet against companies, banks and even countries will do all they can to win their bets, including buying politicians, spreading false rumors, and creating phony grassroots campaigns. This is not what Joseph Schumpeter had in mind.

Ackman's blatant actions lay bare the core of financialism. Society and the legal system have gotten so used to seeing wealthy financiers make money through destruction, there's just no point in covering it up with rhetoric about creating jobs or making our economy strong. Obviously, he believes making money from crushing companies is an acceptable enterprise.

But another aspect of Ackman's assault is perhaps even more instructive, as well as the least apparent. Why are investors taking the other side of the bet? When Ackman began his short-selling, Herbalife stock actually went up by 140% in 2013 causing severe losses for his hedge fund. The rise was due to large purchases by mega-investors including Carl Icahn and George Soros who obviously thought Ackman would fail.

So now we see high-powered financialists on both sides of this drama. While Soros has cut down his position, Icahn is working with Herbalife's to officials to place more of his chosen representatives on the board of directors. What's going on here?

It is doubtful that any of the financialist principals (including managers with stock options) care about the long-term success of the company. Rather their goal is to make as much money in as little time as possible by extracting wealth from Herbalife. Ackman's strategy is to use the feds to kill the company. Icahn will move on as soon as he wins or loses. If this were just a battle between Ackman and Icahn, we might just say, plague on both their houses, and view it all as a zero sum game. One loses the other wins.

But the reality is far more destructive. Ackman may destroy the company. Ichan to "protect" it will load it up with debt, and force management to use the debt to buy up its own stock to boost its price until Ichan can cash in. Icahn may also arrange a profitable merger with another company or chop Herbalife up into parts for sale. In the end Herbalife, in all likelihood, will disappear, get sold off, or become crippled by its debt load. It is possible, even likely, that Ackman, Ichan and the Herbalife top managers all will gain significantly. And that money will come from hollowing out the company. In the end, the employees, the contractors and their families will be on the short end.

This is the heart of the new financialism and it is happening all over the country. Financial interests are siphoning wealth away from the rest of us. If that means the destruction of more and more companies and jobs, so be it. And it will continue until the rest of us put a stop to it.

How? That's the big question we have to answer...and soon.

Les Leopold is the executive director of the Labor Institute in New York, and author of How to Make a Million Dollars an Hour: Why Hedge Funds Get Away with Siphoning Off America's Wealth (J. Wiley and Sons, 2013).