The Ancient Roots of the 1%

Don't blame farming. Inequality got its start among resource-rich hunter-gatherers 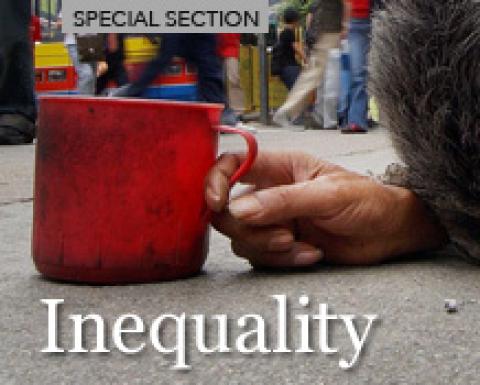 ,
[The current issue of Science magazine features a special section on "The Science of Inequality," comprising some 20 articles, together with other resource materials. All are available in full on the web. -- moderator]
In 79 C.E., the year Mount Vesuvius destroyed it, Pompeii was not one city but two. Its wealthiest families owned slaves and lived in multistoried, seaside mansions, one of which was more than half the size of the White House. They dined in rooms with costly frescoes, strolled in private gardens, and soaked in private baths. Meanwhile, at least one-third of all Pompeiian households scraped to make ends meet, with families dwelling in single rooms behind workshops, in dark service quarters, or in small houses. Such economic disparities were common in the Roman Empire, where 1.5% of the empire's households controlled 20% of the income by the late 2nd century C.E., according to one recent study.
Inequality has deep archaeological roots. Yet if existing traditional societies are any guide, our hunter-gatherer ancestors were mostly egalitarian (see sidebar, p. 824). How and when did a few members of society begin to amass wealth?
Farming has long been blamed for the rise of inequality. Relying on evidence from the Near East, researchers suggested that the earliest elites emerged after 10,500 years ago, when people successfully domesticated plants and animals and settled in large permanent villages. In this view, agriculture led to the production of surpluses and the emergence of managers, craftspeople, and other specialists, who eventually gained control over extra resources.