The vulture funds that secured a ruling in their favor are not original lenders to Argentina. They purchased bonds in default at obscenely low prices for the sole purposes of engaging in litigation against Argentina and making an enormous profit. 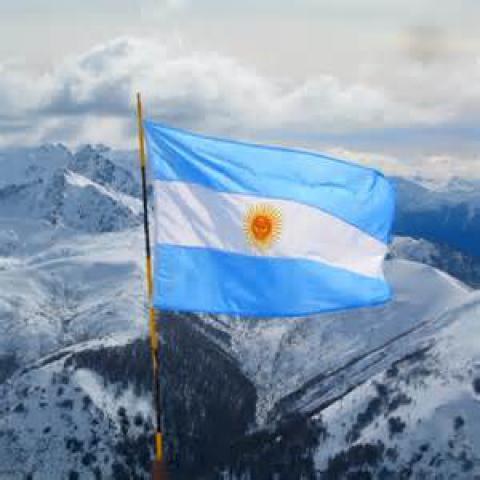 [This is a full-page advertisement that apperared in the Wall Street Journal on Saturday, June 21 and on Sunday June 22 in the New York Times]

Argentina wants to continue paying its debts, just as it has been doing since 2005, but this is now hindered by Judge Thomas Griesa's ruling and by the US Supreme Court's refusal to take on the case

The default of the Argentine Republic in 2001 was the biggest one in the world's financial history, largely exceeding 100 billion US dollars. Decades of overindebtedness and low growth left the country with a debt amounting to over 160% of its GDP, an unemployment rate close to 25% and over 50% of its population in poverty. Since 2003, several measures were implemented that were aimed at normalizing the country's international financial relations. The fundamental principle of all negotiations conducted with creditors was always the same: in order to be able to pay, Argentina must first grow, so as to generate the resources that will enable it to honour its commitments. Growth to enable payments has been the hallmark of all debt negotiations conducted by Argentina since 2003. Under this approach, for over a decade, Argentina's economy has been growing, bringing down unemployment and continuing to reduce its debt, to such an extent that foreign currency-denominated public debt owed to the private sector currently does not exceed 8% of the country's Gross Domestic Product.

The process to restructure the debt that was defaulted on in 2001 still continues. Along this difficult road, the debt owed to the International Monetary Fund was repaid in full, an agreement was reached with creditors in connection with the final awards of the International Centre for Settlement of Investment Disputes (ICSID), obligations to international organizations like the Inter-American Development Bank, the World Bank and the Andean Development Corporation were also honoured in full and, recently, payment over a period of up to 7 years was agreed with the Paris Club, in addition to the compensation given to the company REPSOL, within the context of the retaking of control over 51% of the shares in oil company YPF.

Without doubt, the most complex problem was to reach a deal with the thousands of holders of debt in default since 2001, amounting to 81 billion US dollars. But Argentina was successful in this regard ... it reached an agreement for a voluntary exchange of defaulted instruments for new bonds involving a haircut, longer term and lower rate, which ensured that the commitment undertaken by the country would be sustainable. The exchange offer was made in 2005 and again in 2010, finding acceptance among 92.4% of creditors. One of the keys to success was, as is customary in such transactions, the fact that both Argentinean legislation as well as the prospectus of the instruments issued prevent the offering of better conditions to creditors who failed to accept the offer (holdouts). Since 2003, through the efforts of all of the Argentine people, debt service payments related to the whole restructured debt have been made punctually, in an amount of over 190 billion dollars and with no access to international financial markets.

7% of bondholders did not accept the restructuring. The vulture funds that secured a ruling in their favour are not original lenders to Argentina. They purchased bonds in default at obscenely low prices for the sole purposes of engaging in litigation against Argentina and making an enormous profit. Paul Singer's NML fund, for example, in 2008 paid only 48.7 million US dollars for bonds in default. Judge Griesa's ruling now orders that it be paid an amount of 832 million U.S. dollars, i.e., a gain of 1,608% in only six years.

Argentina has appealed against New York District Court Thomas Griesa's ruling, which orders payment of 1.5 billion dollars to be made on June 30, which is the due date of the next payment related to the restructured debt. However, it is estimated that the total bonds in default that did not enter the restructuring processes amount to 15 billion US dollars, i.e. over 50% of Argentina's foreign currency reserves. Judge Griesa's ruling would push the country to a new default. This is so because if Argentina does pay the 1.5 billion, it will have to pay 15 billion in the immediate future. To make matters worse, under the laws of Argentina and the clauses governing the restructured instruments (RUFO), if the vulture funds were to be paid, all other bondholders would demand equal treatment, involving an estimated cost of over 120 billion US dollars. If, on the other hand, Argentina does not pay the vulture funds, Judge Griesa's ruling forbids Argentina to make payments to 92.4% of the bondholders who did accept the restructuring, as the judge has issued orders to the Bank of New York and to the settlement agencies for them not to pay.

In other words: paying the vulture funds is a path leading to default, and if they are not paid, Judge Griesa's order entails jeopardizing the right of the bondholders to collect their debt restructured in 2005 and 2010.

Meanwhile, the vulture funds have invested millions of dollars in lobbying and propaganda, trying to make the whole world believe that Argentina does not pay its debts and refuses to negotiate. However, precisely since 2003, the way out of default while reducing debt was by negotiating and paying. Even today, Argentina still keeps the possibility of an exchange open for all those who respect the principle of equality. A decision of the U.S. Judiciary favourable to 1.6% of the bondholders, who are specialized in litigation, jeopardizes a debt restructuring voluntarily accepted by 92.4% of the creditors. The legal interpretations relied upon in Judge Griesa's rulings have been called into question by the most varied parties: the governments of France, Mexico, Brazil and Uruguay; settlement agency Euroclear and the Fintech fund. Joseph Stiglitz, Anne Kruger, Nouriel Roubini have also made statements along the same lines, as well as CELAC, the G24, G77, and 106 British parliamentarians. Even the US government and the IMF have shown concern at the global implications of the ruling.

This ruling seeks to put Argentina in a delicate position, but also any other country that may have to undertake a restructuring of its debts in the future. Under the domestic legislation of any country, when there is a suspension of payments and 66% of creditors agree to a deal, the rest are also obliged to accept. As there is no legal framework governing the default of a sovereign country, this precedent means that even if 99.9% voluntary acceptance were to be achieved, 0.1% of creditors could invalidate the whole restructuring.

The will of Argentina is clear: we expect a judicial decision that promotes fair and balanced negotiating conditions to resolve this protracted and difficult dispute that has affected, affects and will continue to affect the Argentina people due to the voracity of a minute group of speculators.

- Presidency of the Nation -