labor “Just Cause” and the Attack on Job Security

Is teacher tenure obsolete? Or is it the kind of policy that should protect all workers? 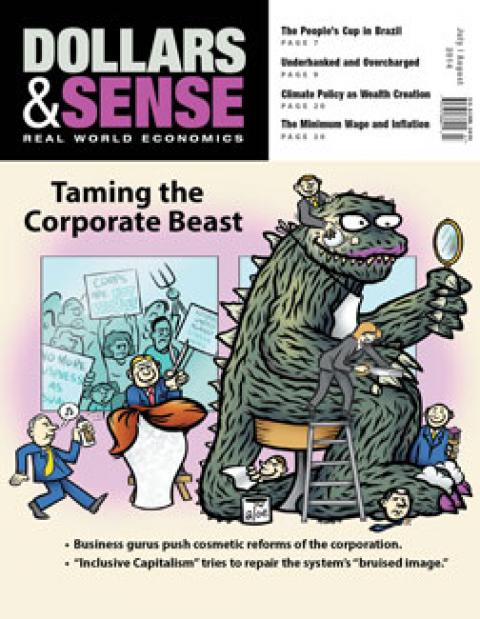 ,
The United States is alone among industrialized countries in allowing workers to be considered “at will” employees and dismissed for any reason—justified or not—unless protected by a collective-bargaining agreement or individual contract. At-will employees have no job security. They can be fired for a mistake, an argument with a supervisor, a critical comment about the enterprise or management, taking a sick day, a complaint about working conditions or pay, or involvement in outside political campaigns—all activities that workers protected by just-cause contract language enjoy with far less fear of losing their jobs.
Employers who are compelled to respect just cause aren’t sitting still. For example, a California judge ruled in June that public-school teacher tenure and seniority rules are unconstitutional. The lawsuit that led to the Vergara v. California decision was financed by multi-millionaire David Welch and backed by a slick PR firm. The suit argued that low-income students performed poorly on tests because of bad teachers who were protected by tenure—not because of school underfunding, large classes, or poverty itself.
The state teachers’ union, the California Teachers Association, noted that the judge ruled against due process rights for teachers because of testimony that “3% of teachers are grossly ineffective,” a statistic the union says was invented. While Vergara v. California is under appeal and only applies to California teachers, the anti-worker forces behind the lawsuit promise more legal assaults on teachers in other states.
The New York Times editorialized in favor of Vergara. “The ruling opens a new chapter in the equal education struggle,” the editors said. “It also underscores a shameful problem that has cast a long shadow over the lives of children, not just in California but in the rest of the country as well.”
Those who see the ruling as “just” affecting teachers, though, are missing the big picture. It’s part of a larger attack on union members, and on workers in general, including the elimination of public workers’ collective-bargaining rights in Wisconsin the adoption of “right-to-work” (or what labor activists call “right-to-work-for-less”) laws in Indiana and Michigan, and the Supreme Court’s Harris v. Quinn decision that will bar “agency fee” requirements for some public union members.
A common theme in all these attacks is the effort to weaken or remove the due-process and job-security provisions in union contracts, typically known as “just cause” provisions that protect members from arbitrary discipline and discharge.
Reflecting the growing public sentiment against union members’ job security, the Times editors concluded: “Teachers deserve reasonable due process rights and job protections. But the unions can either work to change the anachronistic policies cited by the court or they will have change thrust upon them.”
The view that genuine job security and due process rights are “anachronistic” brings the labor movement to a significant crossroad. We can continue the status quo by spending our shrinking resources to defend tenure, job security, and due-process rights for the declining number of union members who have these benefits now—or we could seize this opportunity to champion “just cause” standards for all workers. A strong push to broaden “just cause” standards would appeal to all workers and put employers on the defensive.
Winning “just cause” legislation, beginning at the state level, would not be easy. But building a movement on this issue offers union leaders and activists an opportunity to champion a cause that will benefit all workers and help unions grow.
Some teachers unions are already embracing this approach. School teachers in Los Angeles have made just cause a cornerstone of their campaign to win union recognition at the Ivy Academia Charter School. Organizers report that it garnered strong support from parents and the community. By building this kind of broad-based support for just-cause for all, the labor movement will be in a stronger position with new allies when employers and politicians seek to roll back just-cause articles in union contracts.
Imagine the labor movement leading a $50- to $100-million campaign over the next five years to win just-cause protections for all workers in eight to ten states where grassroots movements have shown a desire to pursue it. Employers and their political allies would be forced on the defensive, fighting an uphill battle to protect the “freedom to fire.”
Union leaders still have to do everything possible to defend due-process rights in union contracts and stop political attacks in the legislature. But launching a major “Just Cause for All” campaign could help make labor a champion of the 99% percent, spur more workers to form unions, and help blunt the assault on our rights.
RAND WILSON is on the staff of SEIU Local 888 in Boston. He was the founding director of Massachusetts Jobs with Justice and has been active in community-labor coalition building for more than thirty years. Readers interested in Just Cause campaign updates should email Rand at justcauseforall--at--gmail.com.
SOURCES: Students Matter website; Vergara vs. State of California, available at the California Teachers Association website; In California a Judge Takes on Teacher Tenure, New York Times, June 12, 2014; Stephen Greenhouse, Wisconsin’s Legacy for Unions, New York Times, February 2, 2014; Cynthia Estlund and William E. Forbath, The War on Workers: The Supreme Court Ruling on Harris v. Quinn Is a Blow for Unions, New York Times, July 3, 2014; Rand Wilson, ‘Just Cause’: Isn’t it Time for All Workers to Have More Job Security? Truthout, August 3, 2013; Ivy Academia Rally, YouTube.