labor The Greening of the Labor Movement

More and more unions and union members are making the link between climate change, worker's rights, and working class quality of life issues, as demonstrated yesterday in the People's Climate March. 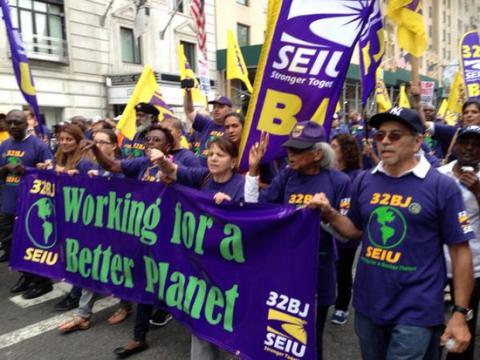