The bargaining power of most American workers is at a historical low point. The best way to restore it is to get the economy back to full employment. 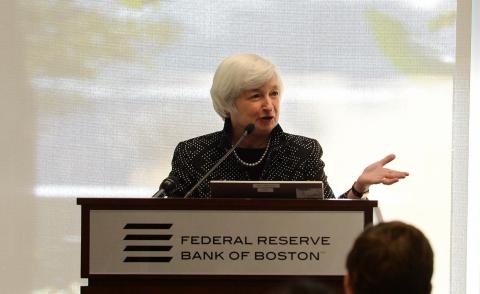 Federal Reserve Chairman Janet Yellen gave a speech a few weeks ago that was doubly unusual.

First, she provided a welcome and trenchant analysis of inequality, focusing on the stagnant income and wealth of middle- and low-income families relative to the top few percent. For the nation’s chief economist to elevate this issue is an important contribution in its own right.

Second, she declined to mention the critical role of slack labor markets in these outcomes. In what is a rare case for her, the word “unemployment” was not even mentioned in the speech. The omission was especially noticeable as Yellen, to her credit, has so consistently pointed out the extent of remaining slack in the U.S. job market.

Unemployment is down and gross domestic product is up, yet there isn’t much progress in real wages and incomes of most working families. While many reasons have been set forth to explain this unfortunate disconnect, including globalization and technological change as well as unmet skill demands and the Federal Reserve’s asset-buying program, our research suggests that the main factor behind both stagnant real wages and rising inequality is the absence of full employment. Truly tight labor markets — an unemployment rate closer to 4 percent than 6 percent — would not only boost real wages, but would give a larger lift to the lowest-paid workers and those with the least bargaining clout, pushing back on stagnation and inequality.

It’s true, as noted, that the unemployment rate has fallen quite sharply, from 10 percent in late 2009 to just below 6 percent now. This decline is partly due to job creation, but it’s also a function of people giving up looking for work and therefore not being counted as unemployed.

That’s important because it means there’s more slack in the labor market than we would usually associate with a 5.9 percent unemployment rate. And when there is lots of slack, most American workers lack the bargaining power they need to press for wage gains. With wages growing close to the rate of inflation — about 2 percent — since 2009, most workers have been stuck with stagnant real earnings.

By contrast, corporate profits have risen sharply in the recovery, with the profit share of national income hitting the highest level in many decades and the stock market also has hit new highs. Meanwhile, real median household income is still down 3 percent since the current expansion began in the second half of 2009.

To use a seasonal analogy, growth has been doing an end run around most households.

The impact of a falling unemployment rate on real wages at different points in the wage scale demonstrates why this relationship is so germane right now. Looking at a large data set with observations across all 50 states for more than 30 years, we find that a sustained 10 percent drop in the unemployment rate, say from 6 percent to 5.4 percent (10 percent, not 10 percentage points) does not have a uniform effect on real wages.

Instead, it leads to real wage gains of 10 percent for low-wage workers, 4 percent for middle-wage workers and does nothing for high-wage workers. That’s why full employment is such an important antidote to earnings inequality. By forcing employers to bid compensation up to get and keep the workers they need, it re-channels growth away from the top and back toward the bottom and middle of the pay scale.

But don’t both wage stagnation and inequality predate the recession? Does the fact that these are ongoing phenomena diminish the explanatory power of labor market slack?

Not at all, because a broad look over our history shows that the income stagnation period generally matches the slack period (we’re switching to income here because our wage data don’t go back far enough). From the late 1940s to the late 1970s, the job market was at full employment 70 percent of the time and incomes doubled for low, middle, and high-income families. Working families at all points in the income distribution shared in the gains of growth.

Since then, we’ve been at full employment only 30 percent of the time, and all that slack has been accompanied by periods of wage stagnation and rising inequality.

Of course, the absence of full employment is not the only difference between these periods of growing together and growing apart. For example, we engaged in much less and much more balanced global trade in the earlier period, a point we will return to in a moment.

So, let’s not make this any more complicated than it needs to be. We must plot a policy course back to full employment ASAP. Given Washington’s partisan fever, here are three ideas that might plausibly be enacted, even in these divided times.

1.) A deep dive into infrastructure investment is warranted to replenish our deteriorating stock of public goods and to absorb slack among the underemployed in production and building occupations. Historically, such investments have garnered bipartisan support.

2.) The trade deficit, a serious drag on employment growth in our factory sector, should be reduced by pushing back on competitors who deliberately keep down the value of their currencies to get a price advantage in global markets. Again, joining this fight is favored by both parties, although the White House tends to get squeamish on the issue.

3.) With fiscal stimulus sidelined by gridlock, the Fed is the only game in town. Yellen’s slack attack has been strong and consistent, but the central bank is facing pressures to tighten sooner rather than later. Given the striking absence of inflationary pressures and wide room for non-inflationary wage growth, Yellen and Co. should continue to tack toward full employment.

Economists tend to come up with all kinds of complexities when sometimes a shave with Occam’s razor is all that’s needed. The bargaining power of most American workers is at a historical low point. The best way to restore it is to get the economy back to full employment.