An ACLU map of anti-Muslim activity shows, Muslims across the country, from California to New York, to Texas to Ohio, have faced vandalism or other criminal acts targeting their places of worship or refusals by local officials to issue necessary zoning permits. Preventing Muslims or any other group from practicing their faith is unAmerican. Religious freedom is one of America's most fundamental liberties and a central principle upon which this country was founded. 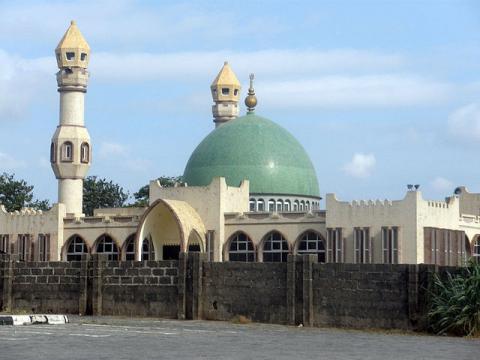 Muslim-Americans in Kennesaw, Georgia who had hoped to use space in a retail shopping center as a prayer center recently had to confront hateful and ignorant comments from some residents, accusing them of being "enemies" and "infiltrators."

Even though community members who had applied for the permit had agreed to parking and other restrictions, the Kennesaw City Council refused to issue a permit by a 4-1 vote. The city's "retail only" excuse quickly fell apart considering that the city council had granted a permit to a Pentecostal church in a retail center. This pointed to blatant discrimination.

Faced with the threat of litigation and a Department of Justice Civil Rights investigation, the Kennesaw City Council changed its decision. "We hope that this will end the issue of us being outsiders," the mosque spokesperson Amjad Taufique told the news media.

But this is not the first time that a Muslim community in metro Atlanta has faced obstacles in building or expanding a mosque in recent years. Muslim-Americans in Lilburn and Alpharetta also encountered roadblocks. Local officials only backed down after a filing of lawsuits and intervention by the Department of Justice Civil Rights Division.

This unfortunate pattern of discrimination is not unique to Georgia either. As an ACLU map of anti-Muslim activity shows, Muslims across the country, from California to New York, to Texas to Ohio, have faced vandalism or other criminal acts targeting their places of worship or refusals by local officials to issue necessary zoning permits for the construction and expansion of mosques. And while the excuse often proffered is noise, traffic and parking, local officials or residents can hardly fool anyone that what actually lies behind such attitudes is bias towards Muslim-Americans. 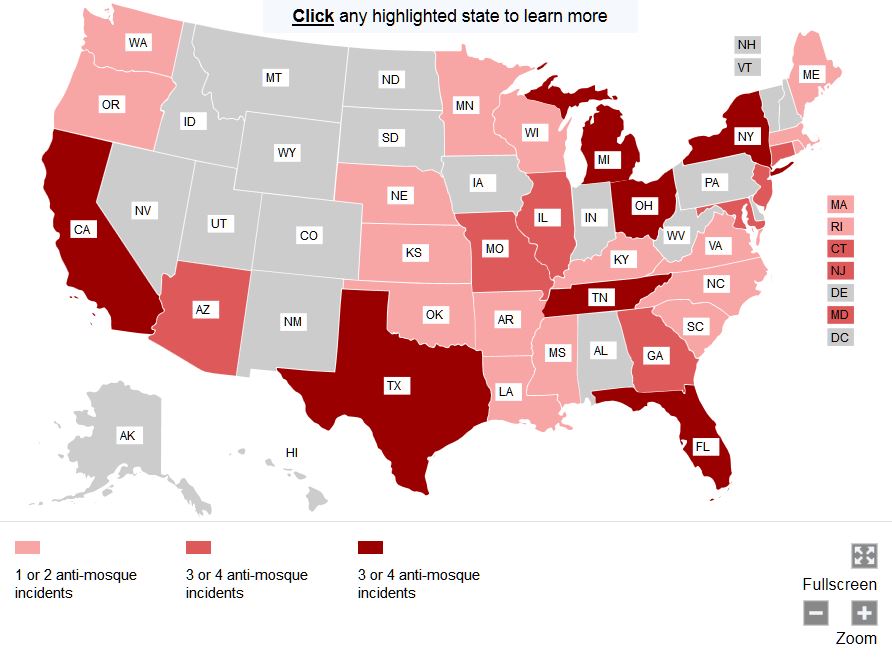 Click any highlight state to learn more.
Display a table of the map data.

Preventing Muslims or any other group from practicing their faith is unAmerican. Religious freedom is one of America's most fundamental liberties and a /central principle http://www.law.cornell.edu/constitution/first_amendment upon which this country was founded.

Denying people of faith a permit to construct a place of worship because of their faith violates the law. Federal law protects the right to build a church, synagogue, mosque or any other house of worship. In fact, in 2000 Congress recognized the need to protect religious freedom by passing legislation against religious discrimination in zoning regulations. The Religious Land Use and Institutionalized Persons Act (RLUIPA), passed with overwhelming bipartisan support, prohibits local governments from using zoning regulations to substantially burden religious exercise or to discriminate against houses of worship. This law was passed to ensure that in the face of controversy, local governments do not play favorites with religious groups or prevent certain groups from practicing their religion.

The connection between land use and the fundamental right to practice one's religion is crucial, as emphasized in the Joint Statement of Senators Hatch and Kennedy, RLUIPA's co-sponsors: "The right to build, buy or rent such a space (for churches and synagogues) is an indispensable adjunct to the core First Amendment right to assemble for religious purposes."

RLUIPA's provisions apply to programs and activities receiving federal financial assistance and where local procedures permit the government to make "individualized assessments of the proposed uses for the property involved."

Per RLUIPA, if a zoning decision imposes a substantial burden on the religious exercise of a faith group, the city must show that the decision is narrowly tailored to serve a compelling governmental interest and is the least restrictive means to achieve that purpose. This federal law also requires local governments to treat houses of worship on equal footing with similar non-religious facilities. RLUIPA also mandates that different religious groups be treated equally by government.

In examining these claims, strict scrutiny applies where, as in Kennesaw, the burden on religion results from an individualized governmental assessment. Zoning decisions, by their nature, impose individual assessment regimes in that they involve case-by-case evaluations of the propriety of proposed activity against land use regulations. Courts have recognized the "vulnerability of religious institutions-especially those that are not affiliated with the mainstream Protestant sects or the Roman Catholic Church-to subtle forms of discrimination when, as in the case of the grant or denial of zoning variances, a state delegates essentially standardless discretion to nonprofessionals operating without procedural safeguards."

In Kennesaw, given the fact that the city had already granted a permit to another religious institution in a retail center and the fact that the mosque applicants had already agreed to a variety of measures to address any supposed concerns regarding parking and traffic, it was highly unlikely that the city would be able to meet the high standard of review. Kennesaw City Council members made the right calculation in changing their decision on granting a permit to the mosque; their position would stand no chance in court. It would have been much better however if they had acted in favor of religious liberty in the first place and not only when faced with the potential for litigation.

Our political leaders and the constituents they represent must be reminded that discrimination is a losing proposition and that adherence to the Constitution is not optional. We must ensure that those who have lived and worshipped peacefully in Georgia for decades have the right to continue to do so. "I would invite our neighbors to really come and visit us and be understanding who we are, what we are, what we do and if any hard feelings are there, that would hopefully remove any of that," said Taufique. Rather than to giving in to politics of hate, it is time to accept this invitation.

[Azadeh Shahshahani is National Security/Immigrants' Rights Project Director at the ACLU of Georgia and President of the National Lawyers Guild. You can follow her on Twitter at ashahshahani.]

Many thanks to the author for sending her column to Portside.