Obama to Disband the Marine Corps

To all of my conservative friends, past, present, and future: when you hear something so incredible about your president or, in fact, any politician, will you put a minimum amount of effort to verifying it is true before you spout it as fact? Just ONE google search will usually do it. 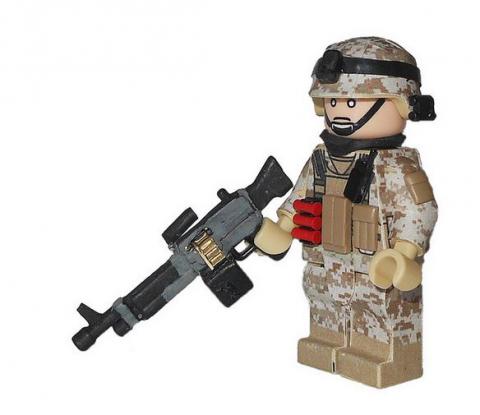 You didn't know this, did you?

On a flight home I sat in between two individuals,  a Marine and boxing promoter.  The boxing guy was an older gentleman, and told interesting stories, such as meeting Don King.  Both men were very pleasant and that helped make time pass on the flight.  We were all combat veterans and all Southerners, so we had a lot in common.  Then the discussion, inevitably, turned to politics.

The older guy turned to the Marine and said "You know Obama is getting rid of the Marine Corps, right?"

The Marine was puzzled.  He hadn't heard this news.  Neither had I.  "Yeah, Eric Holder just had a meeting with the Joint Chiefs.  Obama is going to disband them by Executive Order."

Hooooo boy.  We are going to do this now, are we?  Putting aside for the moment why the head of the DOJ would be involved with restructuring a military department in the DoD, I said: "I don't think any president can just disband a branch of service.  Also, this would be pretty big news.  Don't you think it would be all over the news instead of a message board?"  I assumed it was a message board because I follow GOP conspiracy theories on rightwing sites, and never heard of this one.  Even the Marine, who was no Obama fan, agreed this sounded very stupid and we moved on to other topics.

We all parted ways and thanked each other for the talk.  I told the Marine I'd see him on my flight back since there soon wouldn't be a base for him to go to.

Sure enough, I got back home and did some checking on the interwebs.  Although I couldn't find anything about Obama disbanding the Corps, I did find a story that Obama was going to disband the National Guard and Reserves by fall of this year, a post that Hillary Clinton is, in fact, going to dismantle the Marine Corps, and various other hysteria/delusions in the mind of a brainwashed conservative.

I thought about the flight and wondered, how can such a seemingly intelligent, normal man suddenly suspend logic and spout such nonsense?

How can, on one hand, we discuss rationally our jobs, our cars, our families, and then BOOM, a switch goes off and FEMA camps, immigrant take-over, birth certificate time-travel, Sandy Hook being a hoax, and the ever present secret army of "jack-booted thugs" (you know, the bad kind who take your guns away, not the good kind who shoot unarmed brown people).

Paranoia, fear, contempt... it's disturbing.   I think to myself, do you ever listen to how stupid this all sounds? We are coming to the end of Obama's two terms.  Gun rights haven't been curtailed in the least.  If anything, they've expanded and it's easier to get a gun than ever before. Also, no one was taken into camps and locked up (unless you count the record number of undocumented immigrants Obama allowed that to happen to before deportation).

Even the conspiracy theories have gotten lamer.  It went from all of us being destroyed to Michelle Obama wants to take dessert away.  No. Seriously.

And not just doughnuts.  Watch the report.  Obama's jack-booted FDA is coming after (and they list these) popcorn, Christmas cookies (ohhh he hates Christmas!), crackers, frozen pizza, and canned frosting.  Fox News host Clayton Morris actually said they would be prohibited!

Hoooo boy.  I shouldn't have to explain this, but what they are referring to is the FDA ban on trans-fat, which was enacted well over a year ago.  Trans-fat isn't needed to make anything, and has already been eliminated by doughnut companies for years!  (This includes the stupid doughnuts Morris was displaying.)  In other words, trans-fat is a dangerous, non-essential ingredient that has already been replaced.  No one gave flying f***.

Yet Fox is lying to its viewers, again, telling them that their favorite desserts will be BANNED!  Cue the outrage--just like when they recently reported that Obama would personally fund a Muslim museum during a government shutdown (their source: a parody website!)

Or this past October when they told their viewers that  Obama was purposefully letting Ebola in America because his "affiliations and affinities" were with Africa!  Sounds incredible?  Yes, because you are rational.  But you don't win the LIE of the YEAR award from Politifact for being rationale.  This year, Fox News won for spreading false information about Ebola. (It can go with their past year awards.)

And now, at the end of the year, Fox had to cap off their lying streak by  reporting that coming soon in 2015, your favorite sugary treats will be taken by the aforementioned jack-booted thugs.  As Cenk said in the video, it is pretty much guaranteed that one of your brainwashed relatives will state, matter-of-factly, that Obama is coming after our doughnuts.  It was on the "news".

Yet in a few months, when we see that our doughnuts are still on the shelves and no one is trying to take them, the Fox viewer will not once ever stop and say to himself--"Hey, they lied to me!".  That is because he will already be outraged at the next lie.  The cycle will continue, and I'll keep trying to get through.

To all of my conservative friends, past, present, and those I'll meet on flights in the future: Can one of your New Year's resolutions be that when you hear something SO INCREDIBLE about your president or, in fact, any politician, that you will put a minimum amount of effort to verifying it is true before you spout it as fact?  Just ONE google search will usually do it.

That's all I ask. You'll seem more normal, less gullible, and you'll find that people will enjoy your company without suddenly questioning your intelligence.