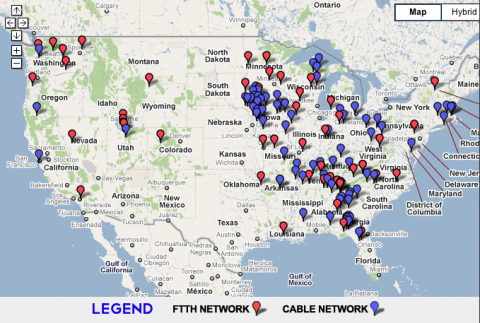 Net neutrality is a pricing law. Millions of people acted to make sure that at least some pricing power would be in the hands of the public rather than in the hands of monopolistic owners of cable and telecommunications networks. That’s a really big deal. And once again, it’s not isolated, you can see the Consumer Financial Protection Bureau coming out with rules on payday lenders and credit reporting agencies. These are also pricing laws. And pricing is about power.
There are many consequences yet to come. Legal precedents are being set, and hundreds of internet businesses have had their first experience in politics, and saw the political system affirmatively do the right thing. And millions have had a taste of what it means to govern and restore some public claim over the industrial and institutional systems over which flow our resources, capital, information, and goods services.

Google's Sundar Pichai took the stage at Mobile World Congress this morning to talk about Google's plan to run its own tiny mobile carrier "in the coming months" — not to compete with the big guys, but to push them on network innovation.
"I think we're at the stage where we need to think of hardware, software, and connectivity together," said Pichai. "We want to break down the barriers on how connectivity works."
And that's really the revolution when it comes to net neutrality — putting mobile networks under the same rules as wired networks will be a total game-changer. What's clear now is that mobile internet access is actually just internet access, full stop. A huge number of Americans use mobile phones as their primary internet device, and phones are often the only internet device for poor people and minorities. Those numbers aren't going to swing back towards wired access — mobile is too important. And that means enforcing net neutrality on mobile networks is more important than ever.

By Jacob Silverman
February 11, 2015
The Baffler

Your gadgets are spying on you. And not just in the ways you’ve become uncomfortably familiar with, like forking over personal information to the data-mining mill in return for ads for discount florists. A new generation of always-listening devices is now collecting practically whatever they can, to increasingly creepy ends.

In a party-line 3-2 ruling, the FCC pre-empted state laws in Tennessee and North Carolina that sought to prevent two community broadband networks from delivering high-quality, high-speed Internet access as a public utility. Overall, 19 states have laws banning or restricting community broadband, but the FCC’s ruling, if it survives court challenges, all but disintegrates them, allowing any municipality to offer a “public option” for broadband access. The ruling has major implications for promoting competition, increasing broadband speeds, and perhaps even making Internet access look more like electricity.
Most community broadband networks are fiber optic, which the major Internet service providers have been slow to install, citing infrastructure costs. The potential for communities to switch to a community network could be just the spur the telecoms need to invest in upgraded networks, or else get left behind. Community broadband has also been shown to keep prices down through competition.


Showdown Over the Future of Independent Documentaries at PBS

The scene was New York’s SVA Theater in Chelsea and the battle was over a proposal to shift two beloved PBS documentary programs to a secondary station. Fearing the sidelining of documentary mainstays POV and Independent Lens, more than 400 people—mostly filmmakers—turned up at the town hall meeting on Monday, and 20 took turns on the mike.
At stake are two flagship independent documentary programs. Both offer unique creative freedom to filmmakers: final editorial control and retention of copyright, although filmmakers raise the money to make the films themselves. Both frequently show under-covered films by and featuring people of color; POV has run since 1988, and its latest series includes Out in the Night, about a group of African-American lesbians. And their documentaries consistently win plaudits, racking up 42 Emmys between them, as well as several Oscars, Peabody awards, and DuPont awards.