Republicans want to stop a nuclear deal with Iran. They may have ensured Obama gets one 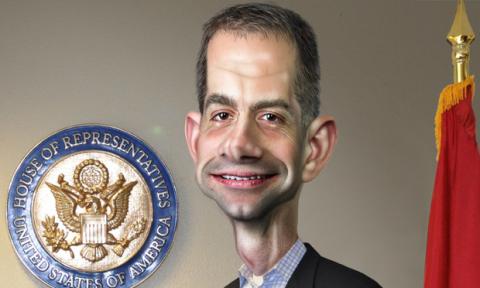 In an eyebrow-raising missive to “the Leaders of the Islamic Republic of Iran”, 47 Republican Senators, led by Arkansas’s Tom Cotton, ostensibly gave the Iranians a lesson in America’s constitutional system – though, despite Cotton’s Harvard training as a lawyer, they got some details wrong.

The real purpose of the letter, however, wasn’t education – the Iranians, by all accounts, understand our system damned well – but a threat. The Senate Republicans warned the Iranians that they will do whatever they can to kill a deal with the Iranians, even after it’s already been signed. The letter’s notion that a deal could be reversed by the next president means that not only will they try to kill one now, they will keep doing everything to kill it for years to come.

The accusations that the letter-signers committed “treason”, as the New York Daily News put it, or that the letter is a criminal violation of the constitutionally dubious Logan Act are a bit much. The Republican move is inappropriate, clownish and, above all, dangerous, but no one should go to prison for signing on.

The letter is also evasive and, by extension, so are its signatories. What they and their allies really want is a war. The deal they purport to want – Cotton told MSNBC he wants “complete nuclear disarmament,” though Iran has no nuclear arms – is impossible to achieve. Cotton, for his part, knows this: he has said that his aim is to thwart any agreement whatsoever.

If no deal is reached, what does the Senate GOP think will happen? Peace on earth and goodwill to men? Iran will continue to build up its nuclear program, and the world will eventually face a stark choice between Iran being a screwdriver’s turn away from a nuclear bomb, or using its own traditional bombs in Iran and starting a disastrous war.

It was left to Iran’s Foreign Minister Javad Zarif to explain to the Senate Republicans, in an epic bit of trolling, that though a deal may be struck without Congressional approval, it would still carry the force of international law. Under US law, designated “treaties” need Senate approval. But under international law, agreements between two states – irrespective of internal national laws – are binding.

But the Republicans’ stated purpose wouldn’t be entirely unreasonable: Congress, like any institution in a system of multiple power centers, wants to assert itself, and members have every right to try to gain a formal say over any Iran deal. Attempts to assert that power, however, needn’t delve into flawed legal arguments and acts of diplomatic impropriety.

The Republican Senator spearheading the effort to get a Congressional vote on the deal, Foreign Relations Committee chair Bob Corker of Tennessee, stayed off the letter. “I just don’t view that as where I need to be today”, he told Politico. “My goal is to get 67 or more people” – the number necessary to override President Obama’s promised veto of the legislation – “on something that will affect the outcome.”

So it’s a bummer for Corker that Cotton’s efforts seem to have hurt his efforts to affect the outcome. One Senate Democrat at the forefront of cooperating with Corker, Virginia’s Tim Kaine, has already said this “partisan and nutty behavior” makes it more difficult for him to join his colleagues across the aisle.

Corker might consider explaining that to his 47 colleagues, including the full Senate GOP leadership, who signed the letter. As Obama rightly noted, they have formed an “ironic” and “unusual coalition” with Iranian hardliners, who also seek to block a deal at any cost.

The winners, then, might be the moderates in this mixed-up international game of chess: Obama, who is a bit closer to negotiating an agreement with Iran absent naysaying Congressional oversight; and Iranian President Hassan Rouhani, who stands to bolster his own political clout if such a deal is struck. And those winners would include the nations they represent, who keep steadily moving away from the specter of war, despite hardliners’ efforts in both countries.