A major agricultural labor action is entering its second week in Mexico, where such walkouts are rare. But workers report that they gained experience in the US - via the Coalition of Immokalee Workers in Florida, or with the UFW on the west coast - and those lessons helped inspire workers to organize and fight for their rights in Mexico. 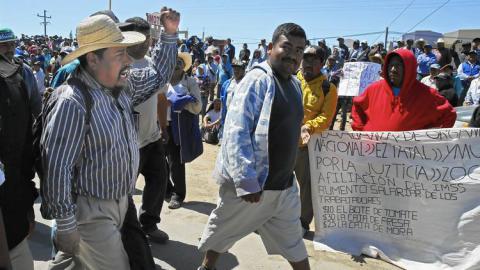