Inside American Students' Fight For Justice in Palestine 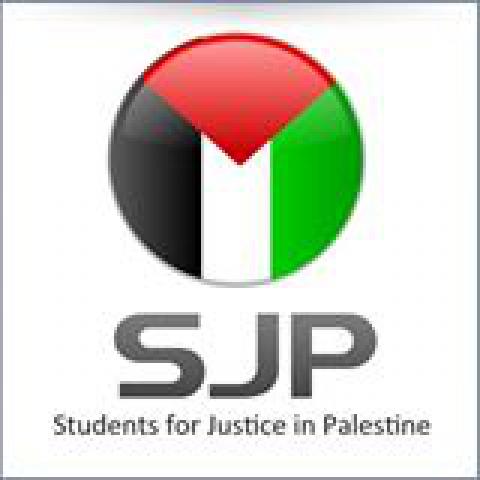 Despite seemingly insurmountable challenges, the organizing has creatively highlighted and challenged Israel’s ongoing apartheid. It has opened up spaces for discussion and dialogue that college administrators and defenders of Israeli government policy have tried to shut down. Perhaps most importantly, student organizers have made important links and connections among different movements for justice. Just this past fall, SJP’s national conference, held at Tufts University, had as its theme, “Beyond Solidarity: Resisting Racism and Colonialism from the US to Palestine.”  Further, the movement to open Hillels to those voices supporting justice in Palestine has also been a positive development.

I spoke at two Boston campuses recently on Islamophobia and Israel, co-sponsored by the SJP and the MSA at Suffolk University and Tufts University. Yasmeen Hamdoun, one of the organizers of the event at Suffolk, told me why she organized such an event: “I believe the Islamophobic narrative is so pervasive, and people often don't reflect about who is benefiting from this narrative and its repercussions. As a Muslim in America, I face the consequences of the misrepresentation of Muslims in the media through discrimination on a daily basis, but the Muslims overseas, such as the Palestinians, face it even harder. The Islamophobic propaganda campaign driven by the imperialist powers, such as the U.S. and Israel, dehumanizes Muslims overseas and thereby justifies violence against them.”

I most appreciated the discussions that followed the presentation. Students asked questions and made comments that reflected not just a commitment to the issues but genuine depth and critical analysis, and for many of them who were engaging with others on their campuses, clear thinking about how the information and discussion could support their organizing and build critical connections.

Tufts SJP member Leila N. spoke about these connections: “Within the SJP movement and the Palestine movement more generally, we’re seeing an increasing focus on joint struggle— the notion that all forms of oppression are interconnected and interdependent and therefore our resistance and struggle against them must also be connected. Encompassed within this commitment to joint struggle is the urgency to understand and engage issues of Islamophobia. As a group we are interested in exposing the impacts of state violence on Arabs and Muslims in the US, the Palestine movement, and around the world, as well as addressing our own complicity in this violence.”

At Pitzer College in California, students recently erected a mock apartheid wall. Before it was erected, the dean of students told them that the wall could be considered “discriminatory” and directed SJP to seek approval from the Campus Aesthetics Committee, which turned them down. SJP students made their voices heard and demanded their rights. They worked with lawyers from Palestine Solidarity Legal Support (PSLS), who wrote a letter to the administration: “There was no basis for that advice, given that the Aesthetics Committee has no jurisdiction to consider the propriety of students exercising their right to political expression.”

After the administration informed them the wall would be in violation of campus policy, SJP, in a written statement, pointed out that the administration’s warnings went against the campus demonstration’s policy statement that Pitzer “respects the rights of free speech and peaceful assembly and supports their exercise.” In response to SJP being told a student had sent a complaint that the wall was anti-Semitic and would make Jewish students on campus uncomfortable, PSLS’s letter also made clear: “This is straightforward political speech focused on a critical examination of Israeli state policy. It is not criticism of Jews, Jewish students, or Israel as a “Jewish state,” but criticism of Israeli state policies towards Palestinians, which are the focus of international debate.”

The wall remained for four days without interference by the administration.

In addition to this organizing, the Open Hillel movement is gaining momentum across the country. As described by Naomi Dann, a staff member of JVP who participated in opening Hillel on her campus when she was a student at Vassar College, “Open Hillel is a campaign to pressure Hillel International to drop its 'Standards of Partnership,' which currently prohibit campus affiliates from partnering with or hosting individuals and groups who support the Boycott, Divestment, and Sanctions (BDS) movement.”

Recently students at Guilford College in North Carolina began a process at their campus to become an Open Hillel. This will make them the fourth Open Hillel so far. Guilford students wrote in a public statement: “As an open Hillel, we believe that Jewish students should be supported in expressing their Jewish identity and values in the way that is most meaningful to them. … To be an open Hillel is to welcome all perspectives on Israel-Palestine.”

Guilford SJP student leader Walid Mosarsaa also pointed out that “Opening Guilford’s Hillel is necessary because there seemed to be a lot of conflation among Hillel members in specific, and on campus in general, that Jews have to support Israel and that Palestinians hate Jews, which we know is not the case. With an Open Hillel Palestinians and Jews who do not support Zionism will not feel discriminated against.”

While these student groups and activists are generating new ideas, they are also bringing in a host of older speakers who have been part of movements for justice in communities that have resisted oppression. Students are meeting with leaders and organizers from Palestine, indigenous leaders in the US, black civil rights activists, transnational feminists, and prison abolition activists, among others. In the Jewish community, Open Hillel has also highlighted and brought to their campuses Jewish civil rights workers from the '60s who worked with SNCC and other groups in the South and are active on Palestine issues today. One of these activists, Dorothy Zellner, said that the Open Hillel movement is “a sign of things changing, and it’s because of these students. Students were at the forefront of the Civil Rights movement and these students are going to change [things] too.”

The power of the organizing among young people makes it no coincidence that campuses have been and are sites of repression. As they work to effect change, the students are fully aware the they are up against a typically well-funded opposition that focuses more on vitriol, name-calling and intimidation than on substantive debate. As a result of their activism on behalf of the Palestinian movement for justice and their efforts to hold Israel accountable to basic principles of human rights, many students are facing accusations of being anti-Semitic and creating “unsafe spaces” for Jewish students. This has also been true at a number of University of California campuses, where student organizing has resulted in successful efforts to pass resolutions that call upon their universities to divest from corporations profiting from the Israeli occupation.

As in the case of Pitzer and elsewhere, one of the challenges student activists face is to demand that college administrations do not capitulate to those seeking to silence criticism of Israel, but rather resist such pressure by citing their colleges’ commitment to open inquiry and critical thinking. Right-wing Zionists can apply pressure, but it is the job of the institutions not to give credence to those who try to prevent voices for justice from being heard. It is hard to imagine any more fundamental obligation of a college administration than to stand up for their students’ rights in this regard against those who would like nothing more than to intimidate, silence or punish them. Academics on college campuses face many of these same challenges as well as others, and both students and academics—together with legal and other activists—have joined forces in their organizing.

From cultural resistance, campaigns to pressure their campuses to oppose apartheid, sit-ins and community programs and actions rooted in intersecting struggles, students across the country have joined one another and the broader movement for justice and dignity in transformative ways. The challenges are formidable, but so is their determination.