In her eleventh novel, God Help the Child, Toni Morrison has created what Walton Muyumba calls "a tragicomic jazz opera played out in four parts." Here is his review of this eagerly awaited new work by the artist who is arguably the greatest novelist working in the United States today.

May 6, 2015 Walton Muyumba The Atlantic
Printer friendly
Lady Sings the Blues Published May 6, 2015 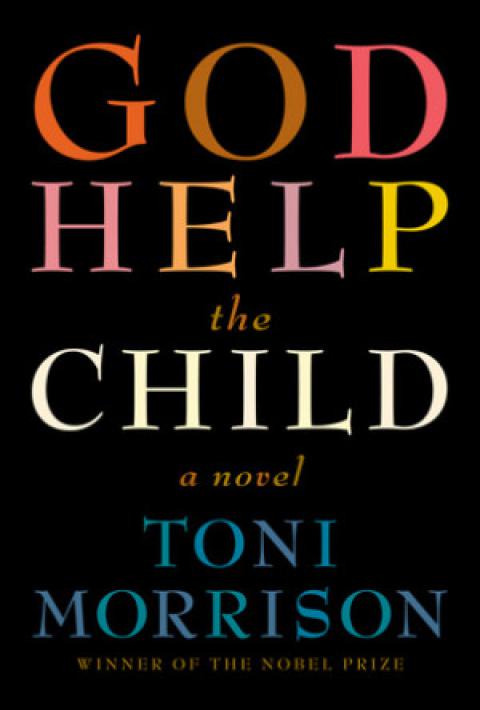 Though most readers are loath to admit it, narratives of American childhood innocence are mythologies. With American ethnic experiences this is especially true. From Henry Roth’s Call It Sleep to Junot Diaz’s Drown, the greatest literary writers quash the notion that any of us enter adulthood unscathed.

Toni Morrison’s eleven novels are filled with characters whose jacked-up childhoods hobble them like Oedipus on Mount Cithaeron: Pecola Breedlove and Milkman Dead; Denver and Seneca; Frank Money and Golden Gray. Though her fiction is strewn with broken black bodies, Morrison has always been more interested in the characters that manage to disengage from their psychological and physical damages in order to embrace the extant African-American experience as the human experience.

In Jazz (1992), for instance, when Golden Gray tracks down his black father, he complains, “I don’t want to be a free nigger; I want to be a free man.” But his father, Henry Lestory, understands blackness as the very seat of humanness and freedom, rather than an impediment to either. Addressing his erstwhile son face to face, Lestroy explains simply: “Be what you want—white or black. Choose. But if you choose black, you got to act black, meaning draw your manhood up—quicklike, and don’t bring me no whiteboy sass.”

In Lestory’s blackness, in the kind of womanhood or manhood ready to face down blue devils and reckless lovers, pedophilic fathers and murderous mothers, Morrison locates the kind of sensibility that frees many of her characters from the chokehold their histories have on them. In her new novel, God Help the Child, the characters Bride and Booker must learn how to draw up their respective womanhood and manhood in order to fulfill the promise of their affair.

The lessons, as will come as no surprise to readers of Morrison, do not lack for stark drama. As soon as Lula Ann Bridewell, Morrison’s protagonist, leaves her mother’s house, she clips her name simply to Bride. When readers first meet her, she's an executive in a successful cosmetics company living in an unnamed Southern California locale in the American present. Her blue-black skin, accentuated by a chic, all-white wardrobe, is the measure of her remarkable beauty. However, during her childhood, as readers learn in the opening chapter, “Sweetness”—named after its narrator, Bride’s light-skinned mother—Sweetness sees that dark skin as the very mark of Ham’s damnation. She withholds love and kindness from her daughter, imagining that she’s training the girl for her reception in the world outside their home.

As a third-grader, seeing a chance to win her mother’s love, Bride colludes with her classmates to accuse their teacher, a white woman named Sofia Huxley, of sexually molesting them. Bride’s testimony inspires Sweetness to display, if only once, affection for her daughter publicly.

When the novel opens, 15 years after her courtroom performance, Bride’s relationship with her lover, Booker Starbern, has just run aground. Bride decides to approach her former teacher, who has recently been released on parole, to make recompense for her imprisonment, but Huxley greets Bride with a vicious, disfiguring beatdown. Bride calls on her friend and colleague, Brooklyn, to cover her workload and help her convalesce at home. But during her recovery, Bride notices that her body has begun regressing toward some prepubescent stage: her pubic hair suddenly disappears, her ear lobe piercings close, and she stops menstruating.  Later, her breasts will vanish, leaving only the nipples, as if she’s had “a botched mastectomy.”

Bride suspects that Booker’s leaving has instigated her body’s “melting away.” As she heals from her run-in with Huxley, Bride decides to track down Booker to find out why he’s exited their relationship. Though readers find out the roots of his departure late in the novel, they learn his valediction up front: “You not the woman I want,” he tells her.

God Help the Child is a tragicomic jazz opera played out in four parts. Part I reads like a choral prelude: There are nine sections, each driven by an individual voice, as if Sweetness, Bride, Brooklyn, and Sofia were trading improvised solos. Part II contains four sections: two told by an omniscient third person narrator and one each for Sofia and Rain. Part III is devoted entirely to Booker’s backstory, told by the anonymous third-person narrator. And Part IV is made up of three sections: Brooklyn returns for a solo; the anonymous third person narrates Booker’s reunion with Bride; and Sweetness closes the show with a final flourish.

Since Love (2003), Morrison has been working in what one might call her late style. Rather than craft big novels like Tar Baby or Paradise, she’s distilled her fictions to their atomic elements. Morrison has chiseled and sculpted powerful narrative voices to drive these shorter, compressed works, each one paced for speed. In God Help the Child, that means the individual voices, like Brooklyn’s, Rain’s, and Sofia’s, don’t do the work of establishing character, whether theirs or others. Those voices are present to add dissonant timbre to Bride’s narration and Morrison’s themes. Like Bride, for instance, all three ancillary characters carry burdensome childhood baggage and have charged relationships with their mothers.

God Help the Child twins Bride’s devolution with Booker’s life-stunting rage. Booker’s narrative is the novel’s most accomplished section. Few writers, regardless of gender, can address the vagaries of black masculinity as sensitively, insightfully, and elegantly as Morrison.

Unbeknownst to Bride (she doesn’t ask, he doesn’t tell), Booker is a Walter Benjamin-loving graduate student and street musician. Angrily mourning his older brother’s murder, Booker fashions his childhood angst into an adult quest for truth through history and jazz. Taking up the trumpet as an eight-year-old, shortly after Adam’s funeral, Booker uses jazz to “oil and straighten his tangled feelings.” After learning that a child molester, “the nicest man in the world,” killed Adam and other local boys, Booker envisions that true justice calls for the man to “carry the rotting corpse around as a physical burden as well as a public shame and damnation.” But it’s Booker who ends up carrying Adam’s killing like a cumbersome load. Though meeting Bride seems to unshackle him from death, “the bliss of edible sex, free-style music, challenging books and the company of an easy undemanding Bride” isn’t enough to keep their “fairy-tale” relationship from crumbling when unspoken childhood traumas rise up between them. And then Booker runs away.

In the end, Bride tracks Booker down in a California logging village, after each has spent time alone confronting their individual failures. Morrison has always enjoyed pitting lovers against each other in her novels—think of Hagar trying to kill Milkman in Song of Solomon. Here, however, witnessing the lovers separate, fight, and reconnect lacks danger or dark humor; it seems too easy and unearned. This might explain some of problems coded into Morrison’s late style: With so many speedy narrative turns, the author risks missing some requisite details.

Morrison’s greatness—the beauty of her prose, her formal and imaginative risk-taking, her intellectual prowess—is founded on fiction about human devilishness and weakness, bodies crippled and in crisis, and the impact of our histories on our emotional faculties. If not at maximum strength, her powers are proudly on display in God Help the Child.  At its best, this new novel demonstrates that the author is, as she suggested recently in a New York Times Magazine profile, fully capable of writing novels forever.

It’s worth keeping Jazz in mind while parsing this novel; it’s hard to read it without recalling the title of one of Billie Holiday’s signature songs, “God Bless the Child.” That's probably no accident: God Help the Child celebrates characters who achieve selfhood in spite of childhood suffering. But the novel also says, “You don’t know what love is/ Until you’ve learned the meaning of the blues.” And so, like Lady Day, Morrison makes art from the cadences of human heartbreak.