The Treasury has finally decided to put a woman on our currency by 2020. Fine. Great. But what cretin decided to take Hamilton off of the $10 and let Andrew Jackson stay on the $20? 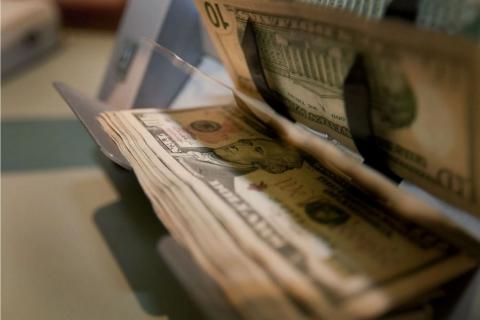 [You can find out about and support the Women on 20s campaign here. -- moderator]

We must not let this stand.

Word leaked Wednesday night that, yes, by 2020, there will be a woman on our currency. But not, as the campaign Women on 20s suggested, on the $20. On the $10 bill — in place of Alexander Hamilton.

This had better be a stealth campaign by the U.S. Treasury to gain support for removing Andrew Jackson from the $20 and replacing him with a woman. Otherwise, it’s unforgivable.

This is change I do not believe in.

What cretin decided to make Hamilton go and let Andrew Jackson stay? Andrew “Indian Removal Act” Jackson? Andrew “Literally Murdered A Guy” Jackson? Andrew “Who cares what the Supreme Court rules” Jackson? Andrew “The Coolest Thing I Did As President Was Throw A Giant Cheese-Themed Houseparty” Jackson? He gets to stay? Look, I’ve thrown giant cheese-themed parties. I don’t belong on any currency. And, unlike Jackson, I had no responsibility for the Trail of Tears.

Sure, he is not Literally History’s Greatest Monster, as he is increasingly portrayed. But if someone has to go, by god, it’s Jackson. Not Hamilton.

Never Hamilton! Hamilton is a hero. Hamilton built this country with his bare hands, strong nose, and winning smile. He was the illegitimate son of a British officer who immigrated from the West Indies, buoyed by sheer force of intellect, and rose to shape our entire nation. His rags-to-riches story was so compelling that if he hadn’t existed, Horatio Alger would have had to make him up. Hamilton gave us federalism and central banking and the Coast Guard! He served as our first Secretary of the Treasury. He fought in the Revolutionary War. He started a newspaper. He weathered a sex scandal! He saved us from President Aaron Burr. He successfully imagined our country as the federal, industrial democracy we have today and served as an invaluable counterweight to Thomas Jefferson’s utopian visions of a yeoman farmers’ paradise. He founded the Bank of New York! He was so good at what he did that the Coast Guard was still using a communications guidebook he had written — in 1962! He was a redhead! He should be on more currency, not less. He should be on all the currency!

If you want to write a musical about Andrew Jackson, you have to preface his name with “Bloody Bloody.” Hamilton sells musicals on his own.

If someone has to go, far better Old Hickory than Alex. To take Hamilton off the currency while leaving Jackson is to actively make America a worse place. It is picking your awful DMV photo as your headshot. It is tearing up your hardwood floors and putting down moldy carpet. Words fail me here so I am going to smash at the keyboard now zszgwnwriqetiet4hineqthinqvghinqgvhint4hnpq4etvnpq4tn4tht4vin4tqint4inh44u89ij0ij80ijm80!!!!!!!!!

This must not pass.

This is not a serious historical argument, but as long as we’re going here, the Hamilton $10 is also easy on the eyes. That should count for something, surely? He is by far the most attractive piece of legal tender we have. Grant looks bilious; Washington looks tooth-achy; Lincoln looks like… Lincoln. Jackson looks like an angry old man who has just seen a ghost. The Hamilton $10, on the other hand, is the only unit of currency that you can credibly pin up in your locker.

Here is a picture of Hamilton that I made earlier. I am all for women on things. Look, I’m all for a woman on our currency. Yes please. It makes sense — and cents. Sacagawea’s run on those awful dollar coins was hardly adequate. The last unit of currency you want a woman on is the one that it actively upsets you to receive and that won’t buy things for you from vending machines.

I believe in ladies. I believe in the Women on $20’s campaign. Harriet Tubman, winner of their test vote, would be a great choice.

But ditching Hamilton is not how we should begin. What are they trying to do, turn us against every amazing historical American woman by forcing her to take the place of Alexander the Pretty Darn Great? We don’t want this on our heads! The campaign was right to pick the twenty as its target. Take Jackson, please. Throw him to the wolves. Crush him under a giant cheese. Save Hamilton. We need change for a twenty, not change for a ten.

Alexandra Petri writes the ComPost blog, offering a lighter take on the news and opinions of the day.