As part of the deep and broad reaction to the killings in Charleston, historian Chad Williams and his colleagues have put together a deeply informative and useful bibliography of essential readings on African American life and history, and on the struggle against racism. We have provided a link to the project, below, followed by a short article on it, published in The Guardian, by Marta Bausells. More links and information are available at the Guardian site. 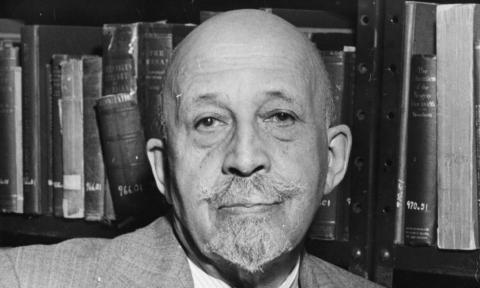 W.E.B. Du Bois’s The Souls of Black Folk is a ‘crucial starting point’ for learning about race in America, says Chad Williams, who started the Charleston Syllabus., Photograph: Keystone/Getty Images

In order to prevent history from repeating itself, first you have to understand it. In the wake of the massacre in Charleston last week, a group of historians in the US have turned to Twitter to crowdsource a list of suggested writings on the history of racial violence and race relations in America. Their website says that educators can use the list “to broach conversations in the classroom about the horrendous events that unfolded in Charleston, South Carolina on the evening of June 17, 2015”.

The #CharlestonSyllabus, which can be found on this site, includes more than 200 titles – from key African American literature such as Toni Morrison’s Beloved or Ralph Ellison’s Invisible Man, general historical overviews, poetry, newspaper op-eds and readings on slavery, South Carolina, racial identities and more.

The syllabus was conceived by Chad Williams, associate professor of African and Afro-American studies at Brandeis University. After feeling “deeply shocked, saddened and angered” by the shooting, Williams tells the Guardian that he grew “increasingly frustrated with the lack of information” on the commentary about the subject as days unfolded and he reflected upon what this meant “for the work we do as scholars and how we teach”. Thinking about the impact a similarly minded #FergusonSyllabus had had, he reached out to a group of colleagues and on Friday they asked Twitter for suggestions. Within a matter of hours #CharlestonSyllabus was trending, and the conversation is still kicking.

The list, completely crowdsourced and put together with the help of librarians, includes recommendations by not just scholars but “ordinary folks clearly hungry for some type of resource to learn more about Charleston and discuss it”.

Where to start your reading? Four key works
We asked historian Chad Williams which books he would recommend for anyone who wants to learn more. Here are the four he highlighted:

WEB Du Bois, The Souls of Black Folk (1903) is a “crucial starting point” that he always recommends his students.

James M McPherson, Battle Cry of Freedom: The Civil War Era (1988) is one of the key works on the civil war and the reconstruction period.

John Coski, The Confederate Battle Flag: America’s Most Embattled Emblem (2005) – given the current focus on the confederate flag, here is some necessary context.

Thomas Holt, Black Over White: Negro Political Leadership in South Carolina During Reconstruction (1977) is a great resource on the history of South Carolina.

Marta Bausells is social and community editor at The Guardian for arts and culture.