96% of NFL Players Have Brain Damage

New evidence confirms brain disease is widespread among former NFL players. But so far, the increased awareness and concern about concussions hasn’t impacted the NFL’s bottom line. In fact, the NFL is more popular than ever — the opening weekend of the 2015 season was the most-watched ever. 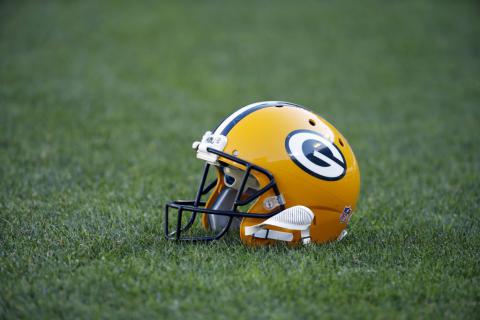 ,
[For a more honest NFL theme song, watch this video. -- moderator]
A total of 87 of 91 deceased former NFL players have tested positive for chronic traumatic encephalopathy (CTE), a progressive degenerative brain disease that is believed to be caused by repetitive brain trauma such as concussions, according to new research released by Frontline on Friday.
The research was conducted by the Department of Veteran Affairs and Boston University. Overall, the lab found CTE in 96 percent of the brains of former NFL players and 79 percent of the brains of all former football players — a total of 131 of the 165 individuals studied.
It’s important to note that because the disease is currently impossible to diagnose in living beings, many of the brains donated posthumously for research came from former football players who already speculated that they had CTE — a disease that can cause memory loss, depression, and dementia — resulting in a skewed population.
However, the research findings clearly alarmed living players, such as former Green Bay Packer tight end Tom Crabtree.

Even before the new research was released, concussions were a hot topic of discussion less than two weeks into this NFL season.
Earlier this month, Adrian Coxson, a 24-year-old free agent rookie who suffered a Grade 3 concussion on his third day of training camp with the Green Bay Packers, retired before the season even began out of fear that the “next hit to my head could possibly kill me or be life-damaging.” Coxson was the fourth football player this year to announce an early retirement due to concerns about head injuries, joining University of Michigan linebacker Jack Miller and San Francisco 49er linebackers Anthony Davis and Chris Borland.
Borland has been by far the most vocal and high-profile early retiree; he was recently profiled by Mark Fainaru-Wada and Steve Fainaru, the men behind the Frontline-produced documentary on NFL concussions and CTE, League of Denial, for ESPN Magazine.
The league did enact new concussion protocol this year, placing spotters in the stands whose sole purpose is to look for concussion symptoms on the field of play — a move that some feel is a step in the right direction. But head injuries were as prevalent as ever during the first week of play, as nine players were ruled out of games last weekend due to concussions.
With this new research, increasingly vocal and alarmed players, and a movie premiering later this year called Concussion, in which Will Smith plays Dr. Bennet Omalu, the doctor who first discovered CTE, it’s clear that the concerns over head injuries in football aren’t going anywhere.
But so far, the increased awareness and concern about concussions hasn’t impacted the NFL’s bottom line. In fact, the NFL is more popular than ever — the opening weekend of the 2015 season was the most-watched ever.