Diagnosed with cancer in 2014, he was a leading figure in Nordic noir, and a social activist, best known for crime novels made into the TV hit, Wallender. Last year he wrote: it is possible to live with cancer. It is possible to fight against it. Nothing is ever too late. Everything is still possible. My stance is to do ultimately with what cancer has not taken away from me. It has not robbed me of my joy at being alive, or my curiosity about what tomorrow has in store. 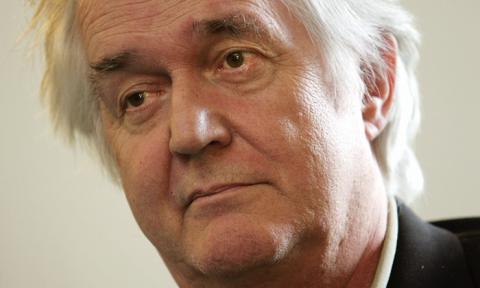 Henning Mankell wrote about being diagnosed with cancer in his book Quicksand: What It Means to be a Human Being., Photograph: Reuters // The Guardian

The world of Nordic noir became a little darker this morning with the news that Henning Mankell, the Swedish writer who created one of its best-loved protagonists in the gloomy detective Kurt Wallander, has died at the age of 67.

Mankell's Swedish publisher Leopard said that the bestselling crime novelist died in his sleep early this morning in Göteborg. Mankell revealed his diagnosis of cancer in a newspaper column last January, going on to write about the experience in his book Quicksand: What It Means to be a Human Being.

A leading figure in the so-called "Nordic noir" genre, exploring the darker side of Sweden and providing a counterpoint to the country's image as a relatively crime-free society, Mankell was the author of around 40 novels - 11 of which starred his best known character, the Swedish police detective Kurt Wallander - and had sold more than 40 million copies of his books around the world, in more than 40 languages.

Leopard, which he founded in 2001 with Dan Israel, and which published his books, described him as "one of the great Swedish authors of our time". His British publisher Harvill Secker said this morning in a statement that its staff were "deeply saddened - and shocked - to hear of the news of the untimely death of Henning Mankell this morning".

"Beloved by readers across the world, especially for his Kurt Wallander series, it was a privilege to have worked with a man of such talent and passion, and to have been his UK publisher for so many years," said a spokesperson at Harvill Secker. "He was an inspiration not just as a writer, but as someone who always stood up for the rights of others. He will be so very sorely missed. The world is a sadder place for having lost such a charismatic and honourable man."

The Nordic crime-writing community was quick to pay tribute, with Norwegian Jo Nesbo describing him as "generous, committed, reflective and warm". He continued: "As I see it, Henning Mankell both carried on and modernized the Scandinavian crime fiction tradition dating back to Sjöwall & Wahlöö, in style as well as content. He was one of the most important pioneers of Scandinavian crime literature, if not the most important of all."

The bestselling Icelandic crime writer Yrsa Sigurdardottir said that Mankell "was undoubtedly the single most important person involved in bringing Scandinavian crime fiction to the rest of the world".

"His novels were immensely popular and for a reason; his mastery lay in being able to combine compelling characters, intriguing crimes and matters of social injustice into stories that were not only enjoyable but also very well written. So much so that they transcended borders and made the foreign reader forget the odd names and unfamiliar locations," she said.

Mankell was born in Stockholm, the son of a lawyer. After his mother left when he was a year old, his father moved the family to the small town of Sveg, where they lived above the courthouse until Mankell was 13. He dropped out of secondary school to travel first to Paris, and then to sea, where he worked on a freighter. In 1966 he returned to Paris, becoming active in student politics, but then moved to work as a stagehand in Stockholm. He published his first Wallender novel in 1991

The Orwell prize-winning writer and journalist Andrew Brown wrote in a Guardian obituary: "He established almost single-handedly the global picture of Sweden as a crime writer's ideal dystopia. He took the existing Swedish tradition of crime writing as a form of leftwing social criticism and gave it international recognition, capturing in his melancholy, drunken, bullish detective Kurt Wallander a sense of struggle in bewildered defeat that echoed round the world." 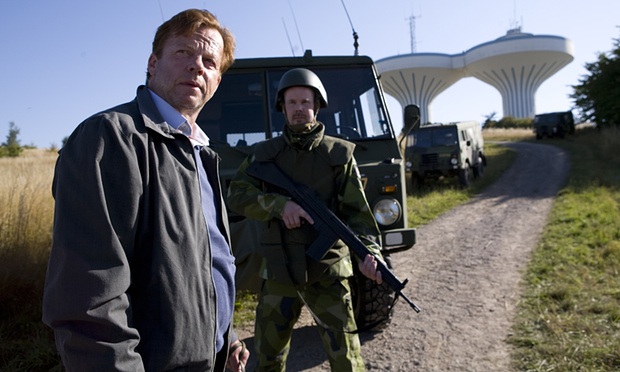 Wallander, who featured in a series of novels published between 1991 and 2009, was portrayed on screen by Rolf Lassgård in a series of Swedish films, and in Swedish and UK TV adaptations starring Krister Henriksson and Kenneth Branagh, respectively.

Branagh said on Monday: " I will miss his provocative intelligence and his great personal generosity."

Mankell also wrote plays, and was the artistic leader of Teatro Avenida in Maputo. He divided his time between Sweden and Mozambique, setting his young adult novel Secrets in the Fire in the country, and basing it on the true story of the land mine survivor Sofia Alface. He worked extensively with Aids charities in Africa, and, in 2010, was on board the aid flotilla bound for Gaza which was boarded by Israeli troops.

"Solidarity with those in need runs through his entire work and manifested itself in action until the very end," said Leopard in a statement this morning.

In 2008, Mankell was given an honorary degree from the University of St Andrews "in recognition of his major contribution to literature and to the practical exercise of conscience".

After being diagnosed with cancer in 2014, he wrote a column about his experience of the disease for the Guardian, describing the period after he was diagnosed as a "10-day-long descent into hell".

His most recent column, from September last year, saw him write of how "it is possible to live with cancer. It is possible to fight against it. Nothing is ever too late".

"In its own way, everything is still possible. My stance this damp September evening is to do ultimately with what cancer has not taken away from me. It has not robbed me of my joy at being alive, or my curiosity about what tomorrow has in store," wrote Mankell.

In an interview in the Göteborgs Posten late last month, Mankell told Ingrid Norrman that "I might work for two hours a day. . I use the hours I have the energy to write, but it is clear that I do not do as much now as I did before", adding that he was working on a new book. The idea, he said, came last summer when he was admitted to Sahlgrenska hospital to be treated for a lung inflammation.

"I got the idea in midsummer when I was at the doctor to take a blood test and instead ended up in an ambulance. It turned out that I had double pneumonia, the immune system was completely beaten. I was inside for ten days at the hospital, slept pretty bad, and heard in my confused state people talking in the corridor. . I realised that it was the night nurse they were talking about, but there was something magical about those vague voices talking in the night. So I got in touch with a night nurse, interviewed her and now I am writing a novel about a night nurse from early evening to the time she goes home in the morning. It will be a book about all these nurses walking alone around the hospital wards at night and taking care of patients," he said.

The novelist said in the interview that when he was young, "the only thing I was afraid of was getting old and turning around and seeing that I botched my life. But I'm happy with the life that has been."

"I have always made my choices and lived despite them, whether they were right or wrong. I have never been like a dry leaf that someone threw into the stream and which randomly ends up anywhere downstream. I dare to turn around now and look back, because I see that I have not botched my life. The unique thing about life is that you must account for the choices you make. You can never take a step back and redo it. It does not mean that I'm finished. Death, when it comes, interferes always in the living things that are going on," he said.

One person who supported Mankell during his illness was rock icon and poet Patti Smith. Last summer, she held an exclusive gig at home in his garden in Gothenburg. "Patti has been a great support during the time I had cancer. In his life, as much as in her music, she has always professed a radical generosity, which is constantly reaffirmed," Mankell wrote in a column in Göteborgs Posten.