labor Why Tipping is Wrong

Tipping creates a two-tier wage system in the restaurant industry. The practice should be stopped everywhere. 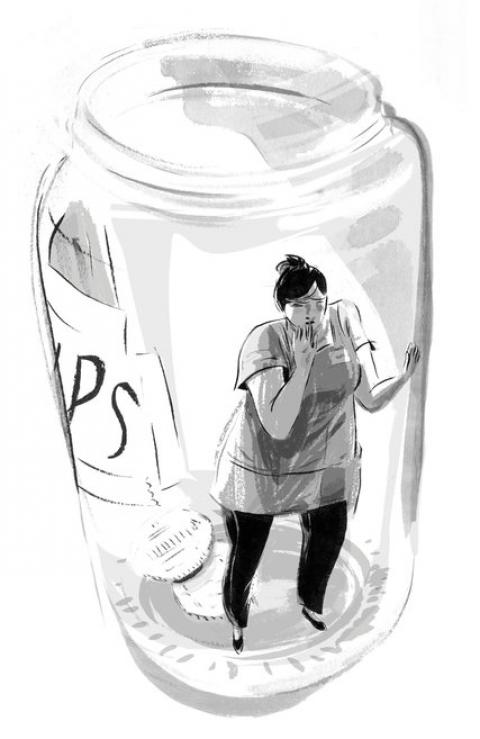 The announcement on Wednesday by the New York restaurateur Danny Meyer that he was eliminating tipping at his restaurants shows that he understands the impact tipping really has: It has created a two-tiered wage system with deep social and economic consequences for millions.

Mr. Meyer’s move to establish a transparent, fair salary for his staff is laudable, and I hope it will help set a new standard for the industry. But to achieve change across the restaurant business nationwide, we need reform to the law that has created a lower minimum wage for tipped workers.
Last month, Gov. Andrew M. Cuomo threw his support behind a statewide $15 minimum wage for all New Yorkers, but his proposal is expected to exclude the state’s 380,000 tipped workers. Despite the planned raise to $15 an hour already approved for workers in the fast-food industry, most restaurant staffers will continue to suffer under a lower minimum wage. Median pay for a tipped worker in New York, including tips, stands at just $9.43 an hour.
The omission of these workers in New York not only perpetuates an unfair pay system — in particular, one that reinforces pay inequity for a largely female work force — but also extends an ugly, racialized history. The practice of tipping originated in the aristocratic homes of feudal Europe. Then, in the 19th century, Americans returning from travel abroad would attempt to tip workers here to show that they knew the rules of Europe.
Toward the end of that century, a powerful anti-tipping movement arose. It called the practice undemocratic and un-American, arguing that employers, not customers, should pay their workers. In turn, American restaurant owners and railway companies fought to keep the system on the grounds that tipping was a legitimate alternative to wages — especially since many of their workers were African-American, in many cases freed slaves whom these employers resented having to pay at all. One writer of the period noted that he could never feel comfortable tipping a white person, since the practice should be reserved for “Negroes.”
While the anti-tipping movement was picked up by labor unions in Europe, America moved in the opposite direction, entrenching tipping in custom and law. The first minimum wage law passed under the New Deal, in 1938, exempted businesses not engaged in interstate commerce, including even chain restaurants. In effect, the first minimum wage for tipped workers was legislated at $0 per hour.
Although the law was amended in 1966 to include tipped workers, things have improved very little at the federal level: The so-called subminimum wage has been frozen at $2.13 an hour for nearly a quarter-century. In only seven states do tipped workers enjoy the same minimum wage as others.
In New York State, prolonged campaigning on the issue led to an increase to $5 an hour in 2011, and the minimum wage for tipped workers is finally set to rise again, to $7.50 an hour, at the end of this year. This is a step in the right direction, but not nearly enough.
The racialized element of the practice continues to this day: 53 percent of tipped workers in New York State are minorities, and 21 percent live at or below the poverty line. And most tipped workers are not fancy steakhouse servers; they are women working at places like IHOP, Applebee’s and Olive Garden. Based on American Community Survey data, the Restaurant Opportunities Centers United estimates that nearly 70 percent of tipped restaurant workers are women, 40 percent of whom are mothers.
The subminimum wage for tipped workers also enshrines pay inequity for a predominantly female work force, perpetuating the gender pay gap. For African-American female servers, the disparity is even greater: ROC United calculates that they earn only 60 percent of what male servers are paid, costing those women more than $400,000 over a lifetime.
Worse still, this two-tiered system is the reason the restaurant industry is the single largest source of sexual harassment claims in the United States. Women forced to live on tips are compelled to tolerate inappropriate and degrading behavior from customers, co-workers and managers in order to make a living. So while restaurants employ about seven percent of American women, nearly 37 percent of all sexual harassment claims to the Equal Employment Opportunity Commission come from restaurants.
The seven states, including California, that have adopted minimum wage parity for tipped workers are faring better on almost every measure than the other 43, including New York. They have higher sales per capita, as well as higher restaurant job growth; some even have higher rates of tipping by customers.
There is no reason that New York State cannot join the ranks of the states that have demanded that this industry pay its own workers a livable wage. The former New York senator — and now presidential candidate — Hillary Rodham Clinton supports eliminating the tipped minimum wage.
Last week, Governor Cuomo, who has championed women’s equality in the past, called New York the “progressive capital of this nation.” But as long as this unfair system that dates from the days of slavery persists, neither progressivism nor women’s equality will be realized.
Saru Jayaraman, the director of the Food Labor Research Institute at the University of California, Berkeley, and co-director of the advocacy organization Restaurant Opportunities Centers United, is the author of the forthcoming book “Forked: A New Standard for American Dining.”