Fisa Courts Stifle the Due Process They Were Supposed to Protect. End Them

Forty years ago, the US Senate’s Church Committee conducted a massive investigation into the intelligence community and expressed concerns that the privacy rights of US citizens had been violated by activities conducted under pretenses of foreign intelligence collection. The Secret Fisa courts were supposed to solve the problem -- however, they have made the problem worse.

November 4, 2015 Chelsea Manning The Guardian
Printer friendly
Fisa Courts Stifle the Due Process They Were Supposed to Protect. End Them Published November 4, 2015 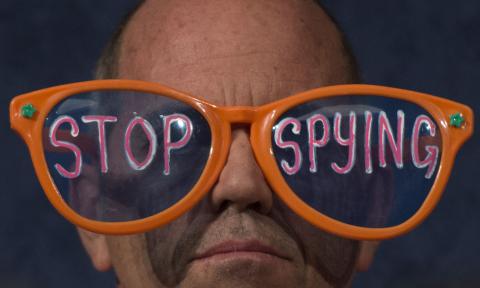 A protester with the organization Code Pink at the House Select Intelligence Committee hearing on the Foreign Intelligence Surveillance Act (Fisa) on 29 October 2013.,Jim Watson/AFP/Getty Images

Members of the intelligence community are, it's true, under immense stress to prevent a devastating national catastrophe. I understand a little of how that feels: while working as an analyst in Iraq, thousands of military personnel, contractors and local civilians were dependent on our ability to effectively understand the threats we were facing, and to explain them to US military commanders, the commanders of Iraqi forces and the civilian leadership of both nations.

General Keith Alexander, the former director of the National Security, frequently pushed very hard to "collect it all"; during my time as an intelligence analyst, I completely agreed with his mantra. So it's not surprising that today's intelligence community - as well as law enforcement at all levels of government - aggressively pursue an increasingly large and sophisticated wish list of intelligence tools regardless of whether appropriate oversight mechanisms are in place.

Given the immense pressure to guard against the unknown or even unknowable, it's plausible that the US intelligence community doesn't seek to deliberately violate civil liberties and privacy on a grand scale. Rather, its myriad civil liberties and privacy violations may just be the inevitable result of scrutiny, oversight and transparency failures.

Besides which, what the intelligence community - including the NSA, the Central Intelligence Agency, the Federal Bureau of Investigation, the State Department and the military branches - will always fail to accept is that simply having more tools for the collection, analysis and timely dissemination of actionable intelligence is not the same thing as having the tools necessary to perform such functions effectively.

And, finally, assembling vast troves of raw surveillance information - whether voluntarily in the case of the recent proposed "cybersecurity" bills before the US Congress, or involuntarily under unilateral subpoenas called "national security letters" or secret court orders - is an inherently awful idea from a civil liberties and privacy perspective.

Concerns about bulk data collection, the lack of civilian oversight into the intelligence community's actions and whether it can effectively use all the information it collects culminated in the recent passage of the USA Freedom Act, which purports to:

reform the authorities of the US government to require the production of certain business records, conduct electronic surveillance, use pen registers and trap and trace devices,

and use other forms of information gathering for foreign intelligence, counterterrorism, and criminal purposes, and other purposes

But despite the fancy name and long-winded description, the major concerns over "bulk collection" and "mass surveillance" of citizens have not yet been substantially addressed in the US, because the legislation leaves mostly in place the secret courts established by the Foreign Intelligence Surveillance Act, or Fisa.

The result then was new procedures and the creation of a new court system - the Foreign Intelligence Court - to process surveillance requests by the government in secret. Unfortunately, it also created a new host of oversight problems: only a similar secret court process can review the actions taken by the courts, leaving many in Congress and all of the American public in the dark.

Some of these systemic problems have finally been examined by non-Fisa courts in the last two years - most notably by the US court of appeals for the second circuit early in 2015. However, because of the continuing secrecy of the Fisa courts, any ruling by a court of appeals was only a symbolic gesture. The USA Freedom Act, for all that it's trumpeted as the solution to some of the excessed, does little to institute real oversight over the Fisa courts.

The solution: we should abolish the entire Fisa Court system and bring all surveillance requests into the oldest and most tested court system in America: the US district courts and courts of appeal.

Such a move is not a wildly unsafe idea: in the US, grand juries work in secrecy, and the US courts regularly deal with classified information. And the Fisa court itself doesn't have separate personnel or facilities: it always "borrowed" US district judges and used district court premises. Physically, no-one would have to even move offices to institute a civilian review structure subject to oversight.

If Congress did abolish the Fisa courts, the Second Circuit ruling earlier this year would no longer be symbolic. In spirit and in law, the entire surveillance review system would end up where it probably should have started in the first place after the Church Committee: in a tried and true, real and historically viable court system. And the American people could have more faith that our judicial branch wasn't completely beholden to structures put into place by the executive and legislative branches to limit accountability.