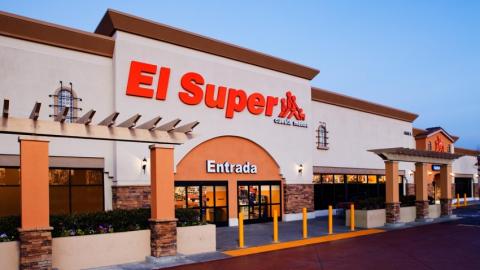 Lance Compa, an international labor law expert at Cornell University's School of Industrial and Labor Relations told In These Times via email, “The simultaneous NAFTA and OECD complaints reflect an innovative union strategy for putting local and national labor disputes under an international spotlight. No one has ever tried this before. Unions have filed complaints under the NAFTA labor agreement, and under the OECD guidelines, but in unrelated cases.”

Compa explains that the complaints, carried out by Southern California’s United Food and Commercial Workers at Local 770 and the Frente Auténtico del Trabajo (FAT) labor federation in Mexico, is important as it brings unprecedented transnational public and federal pressure to Chedraui’s retail operations across both countries.

Chedraui is Mexico’s third biggest retailer, with a retail footprint of 35,000 employees across 200 stores. Forbes reports that the personal wealth of Chedraui’s Chairman of the Board, Alfredo Chedraui Obeso, stands at $1 billion, noting as well that Chedraui Obeso is one of five yacht owners in Mexico (getting his at an estimated $50 million).

FAT alleges through the NAFTA portion of the dual compliant that Chedraui has boosted dozens of “sham” unions throughout the country to ensure that management is in control, preventing any effective check by independent unions actually backed by workers. FAT has also called for investigations over several violations of NAFTA’s labor guidelines, including alleged underage labor, wage theft and health and safety hazards. The compliant gives the Department of Labor sixty days to decide whether it will investigate and report on Chedraui’s Mexican retail operations.

Chedraui has also been conducting business on American soil since 1997, when it took a controlling interest in the California-based Bodega Latina Corporation and its El Super chain. Today, Chedraui possess a formidable share of the Southwestern American market with 49 El Super storefronts across California, Arizona and Arizona, employing a low-wage workforce largely of Mexican descent, 5,000 in all.

While all El Super markets in the Southwest are non-union, it acquired seven unionized stores in Southern California from from the now-defunct Mexican chain Gigante in 2008. The representatives of the approximately 600 workers at these 7 stores, the United Food and Commercial Workers at Locals 770, 324, 1428 and 1167, attempted to renegotiate the collective bargaining agreements that Chedraui inherited when these contracts expired in 2013. The union instead says it found that the multinational corporation was not ready to bargain in good faith when it came to the workers’ central concerns, especially a guarantee of 40 hours per week for full-time workers that are currently only offered 32.

“We went through the negotiation process for a good amount of time before they gave us a last and final offer which did not bring the workers up to parity, or even to a place where they could lead dignified lives in a city expensive as Los Angeles is to live in,” Rigoberto Valdez, Organizing Director of UFCW Local 770, tells In These Times.

After the company’s last and final offer came in April 2014, Chedraui left the bargaining table, and workers at the seven unionized El Super stores say that they faced intense union-busting, management-led attempts at union decertification, and alleged captive audience store meetings with El Super CEO Carlos A. Smith that demonized the union process. El Super employees responded by voting overwhelmingly to reject the company’s last contract offer, also authorizing union executives to call a strike if they deemed it necessary.

UFCW investigations into managerial practices at El Super resulted in the California Labor Commissioner fining the company $180,668 in penalties for wage theft violations and ordering the company to reimburse workers a collective $100,000 for violating state law by forcing them to buy their own uniforms. UFCW later beat decertification attempts by a 3-to-1 margin in an election held December 2014, union staff say, reaffirming El Super workers’ desire for their union. That same month, the union and the rank and file started a boycott of El Super stores that staffers say is having a clear effect—whereas sales were growing in previous quarters, company financial records reflect that sales fell as soon as the boycott started.

Before its effects were felt, however, El Super fired rank-and-file leader Fermin Rodriguez, an employee of six years, due to his alleged public presence in promoting the boycott. Further cause for discontent came when El Super made short-notice changes to its employee vacation time policies, resulting in the sudden loss of substantial paid time-off for a number of employees. A rare court injunction, brought forth by the National Labor Relations Board, eventually got Rodriguez reinstated at a Southern Los Angeles El Super in July. The federal ruling also restored vacation time that was previously lost.

“I am back at El Super now because my union, [UFCW] Local 770, fought for me so that I could regain my employment. The Federal government was on my side and obligated El Super to reinstate me immediately,” Rodriguez tells In These Times in Spanish, alleging that El Super has acted in abusive and unjust manner.

Now, El Super management is back at the bargaining table under federal mediation. The workers at the seven unionized El Super stores have been able to stave off the company’s allegedly anti-worker policies through UFCW legal determination in state and federal and its rallying on the ground with a community supported boycott and civil disobedience that has shut down intersections. Its boycott led UFCW to investigate the multinational’s practices in Mexico, finding reason and inspiration to collaborate with its Mexican peer, FAT.

By taking the unprecedented steps of filing a joint claim with FAT (utilizing compliance mechanisms typically used by labor in manufacturing and agriculture, not retail), UFCW organizers like Rigoberto Valdez say they are hopeful that the extra scrutiny placed on Chedraui and its El Super stores will result in a meaningful victory that can be built upon by retail workers at multinational companies everywhere.

“As we head into a new transnational free trade agreement, it’s important that our communities are protected and the reason these processes are included is to do that. I’m not sure that they’ve been properly utilized in the past so we hope that the [Obama] Administration takes this complaint seriously and investigates in order to make certain that the further deterioration of standards doesn’t continue to happen,” Valdez says.

All three Democratic presidential candidates have publicly denounced the Trans Pacific Partnership trade agreement strongly promoted by President Obama. Favorable rulings for workers represented by UFCW and FAT unions through NAFTA and OECD could be used by the Obama Administration to magnify the fact that trade agreements do include space for some sort of labor recourse. Already, though, the UFCW has set up a model for transnational labor solidarity by defending the rights of workers at Chedraui properties in Mexico and the United States.

El Super workers at the seven unionized stores went on a one-day strike the day before Thanksgiving. As Fermin Rodriguez explains, he and his co-workers are ready to do their part on the ground. “Right now, the workers are united and we’re strong enough for whatever is necessary. We’re used to doing what we have to in order to make it, and if that includes striking, then we will strike. We’re going to keep fighting and we’re not going to give up until we’ve won.”

Valdez, who describes Chedraui’s treatment of Mexican workers abroad as “disgusting”, says that they will not wait for a NAFTA and OECD decision in its fight against Chedraui Commercial Group. “We are going to continue to escalate our actions in Mexico as well as in the United States to make sure that this company abides by all laws—municipal, federal, and international law.”