Scott Slater wants to pump billions of gallons to LA and other drought-hit cities - and make $2.4bn in the process 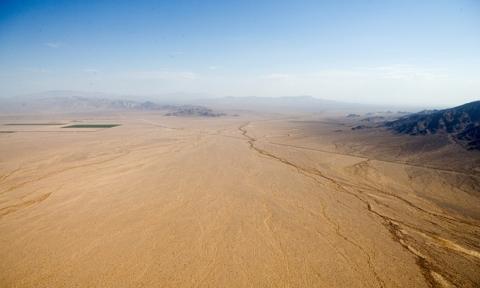 Scott Slater has a plan. It is not a popular plan, but he wants to pump 814bn gallons of water from under the Mojave desert to Los Angeles and other drought-stricken communities in southern California, and make more than $2bn (£1.3bn) doing so.

“Yes, it’s quite a lot of money,” Slater, the 57-year-old chief executive of Cadiz Inc, says as he stands in front of a scale model of the project in the foyer of the company’s office on the 28th and top floor of a LA city centre office block. “It’s worth whatever the community who wants the water is willing to pay for it to meet their demands.”

Cadiz owns water rights associated with 45,000 acres of land along route 66, about 75 miles north-east of Palm Springs. The holdings were built up by the company’s founder, Keith Brackpool, a British horseracing impresario, who came to the US after admitting having breached financial disclosure laws in the UK in the 1980s.

The company biggest investors, some of whom have been waiting for Cadiz’s water to flow to LA for more than a decade, include the New York hedge fund Water Asset Management and Crispin Odey’s Odey Asset Management in London.

Slater has already got contracts to sell the water for $960 an acre ft (the amount of water it takes to cover an acre of land in a foot of water). That works out at $2.4bn over the 50 years of the company’s water extraction deal with San Bernardino County. His problem, however, is convincing politicians, regulators and the public that pumping water 200 miles from the desert aquifer to LA is a good idea.

“People see this development as a private sector initiative and they have a very visceral, negative reaction to that,” Slater says.

The price of water in California has been steadily rising, as has demand from a growing population, while the state struggles with four years of severe drought. Slater says water is worth as much as $2,200 an acre ft in San Diego, where it is shortest supply. A decade ago the price was less than $100, he says. 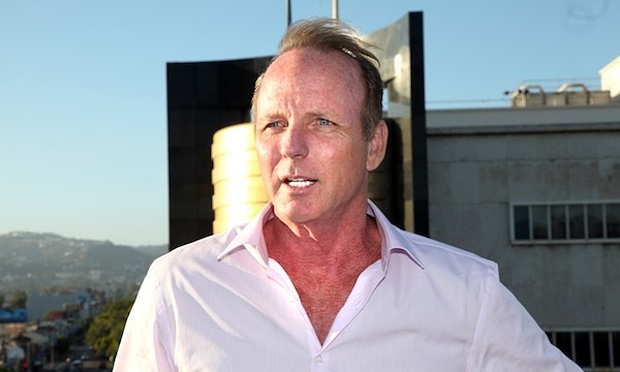 Drought is good news for Slater and Cadiz. “In a condition of scarcity, all water, all water that’s reliable, becomes more valuable,” Slater says. The company’s share price spikes every time a drought emergency is declared, but the shares have still lost more than 80% of their value since 2007 because of repeated regulatory setbacks in Cadiz’s quest to tap the eastern Mojave aquifer.

In the latest setback, the US Bureau of Land Management (BLM) ruled that the company cannot lay a 43-mile pipeline alongside an existing railway line to transport water to the Colorado river aqueduct and on to the cities of the Californian coast. It means Cadiz will have to seek federal approval for the pipeline, which will trigger a long and expensive environmental impact review.

Slater, who was a water rights lawyer for 30 years before taking over as Cadiz’s CEO in 2013, is not giving up on the railway pipeline without a fight. He accuses the BLM of misinterpreting 19th century railway law, and says: “If we can’t get them to follow the law, we’ll do what we need to do, pursue administrative and judicial remedies.”

He says the logistics of the project are pretty simple, and that the company could start pumping enough water to supply 400,000 people by 2017. “I know it will work,” he says, dressed in an purple open-collar Burberry shirt and jeans.

“I remain concerned the Cadiz project could damage the Mojave desert beyond repair and believe the BLM decision to deny the right of way is the right one,” said the veteran Democrat, who in 1994 help create the Mojave national preserve. She believes it could be threatened by the Cadiz project. “The bottom line is that right now we need more responsibility in how we use our water, not less.”

David Lamfrom, the director of the National Parks Conservation Association’s California desert and wildlife program, said he believed that “full examination of the Cadiz Inc proposal will once again prove that it is unsustainable and that it will harm our desert national parks, communities, businesses, and wildlife”.

“None of the water we are going to take fell on the earth in the last 100 years. This is millennial water. It takes centuries from the water falling at the upper end of our watershed and then follow a migratory path to down where we are,” he says.

“Our project hypothesis is that we construct a well field here,” he says, pointing at a point on the scale model. “And intercept the water as it goes down the hill before it can become hypersaline and evaporates. We are substituting our wells for the natural evaporation process that sends the water into the atmosphere and wastes it.”

In addition to environmental concerns, others object to a private company being able to make billions from water. Slater says they do not understand the law, which in California states no entity can own water but they can buy, sell and trade the right to use it.

“There are people that think water is a human right and confuse privatisation with the right to get water under economic terms,” Slater says.

“This is the United States of America and we have private property here. This is not a communist country. We own land, and land use is an attribute of property ownership,” he says. “Food doesn’t stay on the farm it was grown on. We share our food, we share our energy, we share our oil and gas. I can sell land to anybody. Why would I treat water any differently?

“The use of water is owned. It’s not like someone is calling up God and saying ‘make it rain’. It is sold as a right, just like you sell a house.”