After completing a 3-month, 5 nights a week, Metalworkers’ Union Education Program—the “Integrated Program”—Ana received an elementary school certification, vocational training, along with critical thinking. Ana told me after graduation, “Now I am somebody. Now my son talks to me.“ Pride and self-confidence lit up her eyes. 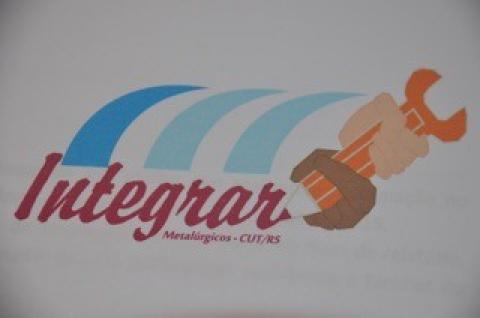 Ana began working in a shoe factory in Sapiranga, Southern Brazil, when she was 11 years old. A single mother, Ana worked 6, 10-hour days a week for the next 30 years. Her son could not get help from her on his school work, because she never had a chance to attend school. She felt invisible.

After completing a 3-month, 5 nights a week, Metalworkers’ Union Education Program—the “Integrated Program”—Ana received an elementary school certification, vocational training, along with critical thinking. She studied employment, urban society, new technology, globalization, and environmental sustainability, all from the perspective of work and workers. She learned hands-on research and policy development, and confronted legislators to demand change.

Ana told me after graduation, “Now I am somebody. Now my son talks to me.“  Pride and self-confidence lit up her eyes.

The program Ana attended was the product of a multi-year collaboration among workers, employed and unemployed, popular educators and university professors, sponsored by the Metalworkers Union (CNM) in Southern Brazil, and designed primarily for unemployed and under-employed workers. The program became part of the “Instituto Integrar” or the Institute for Integrated Education.

Integrar was remarkable on multiple levels. The union offered this course free to non-members. The instructors had practiced Paulo Freire’s transformational pedagogy for years. The classes were constructed on participants’ own knowledge and life experience, and the disciplines were integrated and applied in the service of knowledge creation. The goals were: 1. To secure access to income for poor and unemployed workers; 2. To transform marginalized victims of neoliberalism into engaged citizens and activists; and 3. To strengthen the social movements in Brazil.

No country has been more influenced by the radical educator and philosopher Paulo Freire than Brazil, his own nation. What Freire learned doing literacy work among the country’s poorest people in the Northeast led him to call for the overthrow of the system that brought misery and oppression to a majority of Brazil’s people.  Although his ideas continued to develop during his long exile under the Brazilian Military Dictatorship (1964-88), Freire’s war against neoliberalism only intensified.

Fundamental to Paulo Freire’s pedagogy is the belief that all people are human, and all have unique potentials and different cultures. The process of learning, Freire reasoned, requires that teachers learn those cultures so that they can enable participants to recognize and excise the influence of dominant thinking (hegemonic ideology) that historically paralyzed and marginalized them. The ruling elite and transnational corporations, the 1%, Freire argued, have defined and control the world we live in: who wins and who loses.

Change would only come from the bottom up and through the “conscientizacao” of the people. Conscientizacao is not consciousness; it is the process of becoming aware of your place in the world, how you got there and how you can help change it. It is an active process not a state of awareness nor a momentary or sudden awakening.

As Freire writes, “In favor of what, and whom and what dream are we teaching? Against what, and against whom and against what dream are we teaching?” Education, he insisted, has to be about changing the world for the better, and knowing which side you are on is a prerequisite. Education, he maintained throughout his life, is not and cannot be neutral. It either serves the status quo or challenges it with the intent of system change.

It is probably fair to say that many of Freire’s followers do not understand or agree with this, or if they do, they do not adhere to this essential principle in their classrooms. Freire himself grew very critical of those who called themselves his “followers.” “The best way for you to understand me,” he told a seminar in the US, “is to reinvent me and not to try to become adapted to me. Experience cannot be exported, it can only be reinvented.” (Pedagogy of Solidarity)

Those who learned with him in Brazil, who readily distinguish between praxis and techniques, understand why Freire always referred to his pedagogy as critical, political and ideological.[1] The Workers’ Party (PT) embraced this education in its first decades; in the 1990s, Paulo Freire returned to Brazil to serve as PT Minister of Education in Sao Paulo!

Over the last 20 years extraordinary educational programs have been developed, piloted, and studied, by educators who also fight neoliberalism and teach to enable the poor to liberate themselves from structures and ideas of oppression.  The pedagogical innovation is captured, in part, in the name: “Integrated Education.” These programs integrate literacy, vocational skills and critical thinking education in each class. The Metalworkers Union did the sustained development and revision to create an entirely new approach to teaching, by integrating and applying the disciplines, so that participants could understand their own place in society and history. Rather than units on math, science or social studies, they studied work, analyzing the roots of their own marginalization, and the poverty and pollution of their communities. Participants shed their sense of victimization to become agents of change in their own lives. This was Ana’s experience.

Integrar was subversive education at its best, and it took major battles to win support from unions, local governments, and states.[2] During the early decades (1980-2010) the Workers’ Party supported this education nationally. Over time, however, institutions from schools to governments resisted or rejected many of these revolutionary innovations. Teachers did not want to do such radical inter-disciplinary education. Governments reverted to shorter-term vocational programs in the face of high unemployment. Unions began to focus on more immediate needs of members.

The educators dedicated to Integrar have not stopped learning from and developing programs, despite the crisis in funding and support. The stalwart coordinator, Docimar Querubin, has continued working in the City of Canoas, where the radical government of Jairo Jorge, insists that vocational training cannot create engaged citizens, which is what is most needed to construct democratic participation in government.

Based on the needs and contributions of local industry, with the cooperation of Petrobras, Brazil’s oil company, the Mayor launched a citywide program known as “The City of Welding.”[3] He appointed Docimar Querubin as the coordinator of the program, and demanded that alongside 180 hours of welding, there be 60 hours of preparation for work and citizenship education. Between July 2012 and December 2015, over 1,800 workers signed up for the 540 places. To be accepted, a worker had to have completed 6 years of primary education, with preference goig to the poorest and most marginalized. The program had a completion rate between 80 to 85%, and one-third of the graduates were women.

In a study Docimar completed on this project, he explained the development of the methodology in this way:

The selected methodology should provide for the formation[4] of subjects conscious of their potential and their role in society, and, therefore, the education must meet the requirements for knowledge, autonomy, cooperation, initiative, solidarity, a critical reading of reality and a continuous process of learning.

Formation should enable the acquisition of knowledge and skills that will permit workers to confront the socio-economic changes, understand the process of production and the world of work, with an ethical perspective based on the values of solidarity.

In January 2014 I attended the World Social Forum on Education held in the City of Canoas. In his opening speech at the Forum, Mayor Jairo Jorge cited Paulo Freire multiple times and concluded stressing that “Education must be for life and not for the market,” criticizing vocationally-oriented programs as short-sighted and meant to perpetuate the status quo. Citizenship education, in contrast, is meant to create new leaders capable of building a better world, one that serves the needs of the majority.

[1] During the sixties and seventies, even the Church endorsed this project of transformational education. Left currents within the church gave rise to Christians for Socialism and Liberation Theology. Religious Base Communities became an underground home for revolutionaries fighting the dictatorship. Dilma Rousseff, Brazil’s president today, was among those underground fighters.

[2] Social movements, especially the Landless Workers’ Movement (MST), also developed their own forms of liberation pedagogy, to teach love of the land, collective and cooperative work organization, grass-roots activism and leadership, and now advanced agricultural practices. It, too, is political, ideological education for empowerment. The Central Labor Federation (CUT) for three years carried out a transformational literacy program throughout the country, reaching tens of thousands of workers. It was called “Todas as Letras” “All the Letters.” An in-depth analysis of some of these programs will appear in an upcoming publication, Education for life, not the market.”

[4] The word formation is not the same as either education or training. It encompasses the more advanced development of workers into leaders and agents of social change.