labor The Gender Gap in a Post-Automation World

Drawing from research in labor and economic history, this post evaluates the validity of each of these claims; overall, while it’s likely that automation will benefit socially aware individuals, it’s less likely to reduce the gender gap in employment.

May 14, 2016 Heidi Liu Onlabor
Printer friendly
The Gender Gap in a Post-Automation World Published May 14, 2016 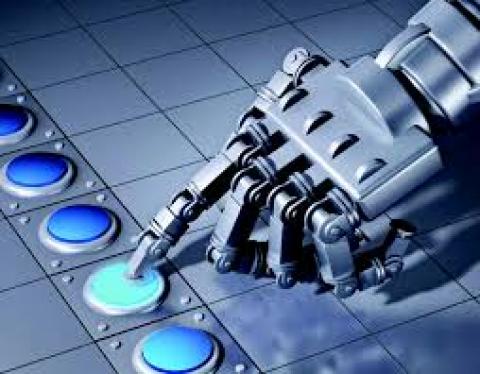 Automation has captured the aspirations and anxieties of both companies and cultural commentators: while the promises of automation might include improved quality of life and lower prices, the peril of potential unemployment looms large.

As the discussion continues, the Atlantic argues that increasing automation might narrow the gender gap in employment because “women typically work in more chaotic, unstructured environments, where the ability to read people’s emotions and intentions [are] critical to success.”  That is:

Drawing from research in labor and economic history, this post evaluates the validity of each of these claims; overall, while it’s likely that automation will benefit socially aware individuals, it’s less likely to reduce the gender gap in employment.

While minimum wage workers could lose jobs due to automation, that is not always the case.  (In fact, assembly line production displaced high-status artisans in the 18th century.)  Instead, whether someone loses their job will depend on whether that job primarily consists of routine tasks, that is, tasks that have a specific set of rules and a concrete goal – and these could include traditionally white-collar occupations, such as journalism (e.g., reporting poll results) or even lawyering (e.g., doc review for a particular word).  In the well-publicized paper that inspired the Atlantic article, Oxford researchers report that approximately half of jobs in the U.S. are susceptible to replacement by automation.  The higher proportion of routine tasks a job has, the more likely it can be automated.

In contrast, jobs with non-routine tasks are more likely to require significant social interaction: unlike well-tuned machines, people can be unpredictable.  Sociologist Zeynep Tufekci points out that the occupations with the highest projected growth include several classes of nurses and medical aides – all jobs that require significant amounts of one-on-one interaction for success.  And even in what researchers consider relatively automatable jobs, social ability is a metric for performance: lawyers and journalists are called superstars based on their ability to bring in new clients or draw on reticent sources for an article.

Although tech firms have debuted “social robot” creations that could be used in caregiving or customer service contexts, they have been received skeptically.  Given that social interaction appears to not (yet) be automatable, those jobs and sectors that require it will be relatively safe from automation.

The Atlantic ultimately suggests that women benefit more from automation because they form a higher proportion of workers in these “socially intensive” jobs.  In the health sector I’ve just mentioned, a majority of women does seem to be the case: women represent over 75% of nurses and medical aides.  But just because women are more highly represented in these occupations does not mean they will benefit from automation – especially in the long run.

First, even if women are more represented in “socially intensive” jobs, there would still be a net loss in jobs for women due to automation.  The World Economic Forum predicts that those in office administration will face the greatest number of job losses; this happens to be a sector with a significant majority of women.  Moreover, while automation will lead to a net loss in jobs for women, men will gain a net increase in jobs because men, relative to women, occupy more of the jobs in growing STEM fields – further exacerbating gender gaps in employment.

Second, a “comparative advantage” in social skills for women may not last.  Even if women currently possess better social skills than men, social skills can be learned, and men at risk of being displaced by automation might take up “social training” opportunities to remain competitive in the workforce.

A subsequent influx of men in female-dominated industries would in turn lead to an initial increase in pay in that industry, as the New York Times recently pointed out.  While this might initially benefit experienced women workers, increases in labor supply overall would lower wages for all workers in the long-term.  It might also make hiring and promotion of women more difficult than before; we would want to be more vigilant about potential biases in hiring and promotion with increased competition in the workplace.

Ultimately, in understanding automation, there are many empirical questions left open. But who bears the burden – or the benefit – requires an understanding of automation’s dynamic consequences, and those attempting to reduce the gender gap should take note.