Unfortunately, both the release and the new order fall far short of the standards for transparency and accountability needed to ensure that the government’s targeted killing program is lawful under domestic and international law. 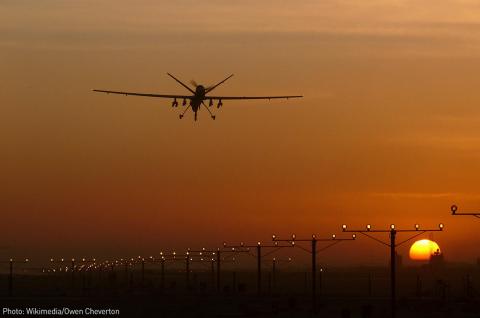 The Obama administration released a summary today of the numbers of “non-combatants” it has killed outside actual war zones primarily through targeted killing strikes, as well as a new executive order aimed at creating new transparency and accountability rules for such strikes.

Unfortunately, both the release and the new order fall far short of the standards for transparency and accountability needed to ensure that the government’s targeted killing program is lawful under domestic and international law.

While the ACLU will continue to digest the new information and react to the government’s new statements, a few points are worth emphasizing right off the bat:

First, the government’s very use of the term “non-combatant,” rather than “civilian,” in reporting its numbers exposes one of its most dangerous and far-reaching premises: that even “outside areas of active hostilities,” it need only apply the looser, law-of-war standards that govern conduct in war, rather than the more protective rules that apply under international human rights law. In short, the government continues to insist — unlike virtually every other nation on Earth — that even outside of a war zone, it is still at war. For an administration that came to power on the strength of promises to unwind the Bush administration’s “Global War on Terror,” this remains a significant policy failure and disappointment.

Second, the statistics released by the government today — specifically, that it has killed between 64 and 116 “non-combatants” in lethal-force strikes between January 20, 2009 and December 31, 2015 — are dramatically lower than those documented by independent journalists and human rights groups. Those groups’ estimates have ranged from 200 to 1000 civilians killed during President Obama’s two terms. As my colleague Hina Shamsi explained today, “it’s hard to credit the government’s death count.”

The government claims that it has taken into account credible reports of civilian deaths from such groups, but its explanation for the vast discrepancy — that it has “information that is generally unavailable to non-governmental organizations” — boils down to “trust us.” The government should not only take credible outside reports into account when releasing summarized statistics, it should investigate and publicly explain such strikes to the fullest extent possible. (For example, multiple credible reports indicate that a U.S. drone killed 12 members of a wedding party in Yemen in 2013, and that the government paid compensation to the families of the victims — but the government has never publicly acknowledged responsibility for the strike, nor offered an explanation for it.)

Third, the government’s newly released information continues to conceal the specific definitions that guide its judgments about who it can kill, where, and why. In a May 2013 “fact sheet,” the government explained that before it uses lethal force, it must determine that a target “poses a continuing, imminent threat to U.S. persons”; that there is a “[n]ear certainty that non-combatants will not be injured or killed”; and that capture of the target is not “feasible,” among other requirements. But it has never provided definitions of these terms, or the evidentiary standards required to meet them, making it all but impossible to evaluate whether they are sufficient under the law.

To its credit, the government’s new release does mention some of the broad criteria it evaluates to determine whether someone is a “combatant.” But it continues to keep secret the most important aspects of its legal and policy positions. (In response to an ACLU lawsuit, a district court in New York will soon publish a redacted version of the secret document summarized by the “fact sheet,” known as the Presidential Policy Guidance. Whether the release of the PPG will help answer these questions, or raise even more, is unknown, as my colleague Jameel Jaffer wrote earlier this week.)

Finally, the government explained that its release is intended to “institutionalize and enhance best practices regarding U.S. counterterrorism operations and other U.S. operations involving the use of force, as well as to provide greater transparency and accountability regarding these operations.” The new executive order, for example, requires an annual report summarizing numbers of “non-combatants” killed in “areas outside active hostilities.” As explained above, the newly released statistics are insufficiently detailed and nearly impossible to evaluate — as Shamsi put it, “virtually meaningless.” And because they are enshrined in an executive order, and not legislation, the government’s new “rules” can be wiped away with the mere stroke of the next president’s pen. (In a clear example of do-as-I-say-and-not-as-I-do, the order commits future administrations to reporting death counts on an annual basis, even though President Obama’s report aggregates data from seven full years of his administration.)

To be sure, today’s disclosures were a positive step, especially considering that for years, the administration insisted that releasing even the most basic information about the targeted killing program would harm national security. But the new statistics are but an inch deep, and the new promises sound more than a bit hollow.

This administration still has time to make the kind of meaningful disclosures about targeted killings that Americans deserve — but that time is running out.