"I wanted to show White people, you don't know everything about Black culture," Glover told Vulture. 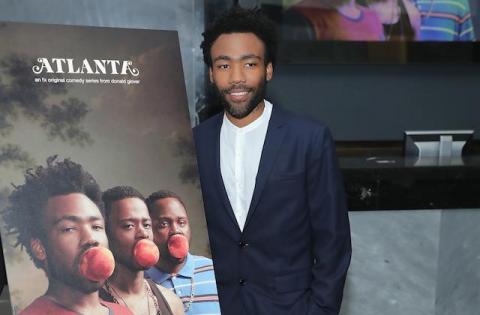 Donald Glover attends the 'Atlanta' New York Screening at The Paley Center for Media on August 23, 2016 in New York City. , Neilson Barnard
When multihypenate Donald Glover first developed his upcoming FX show "Atlanta," the network's enthusiastic support occasionally exposed their ignorance about life for some in Black communities.
As Glover told writer Rembert Browne for Vulture (the story also appears in New York Magazine's new print issue), FX initially suggested that a drug dealer character live in "traplike" apartment. "We were like, 'No, he's a drug dealer, he makes enough money to live in a regular apartment,'" Glover said to Vulture. "There were some things so subtle and Black that people had no idea what we were talking about."
Glover aims to shine a light on those contextual differences with the surrealist comedy-drama, which premieres on September 6. "I wanted to show White people, you don't know everything about Black culture," he said. To that end, Glover employed an entirely-Black writing staff, featuring primarily Atlanta natives like Glover and his brother Stephen.
His goals with "Atlanta" also reflect the criticism Glover received for years over his popularity in White cultural spaces. "I know when I go to Baltimore, when I go to D.C., it's like 50-50—half of them are like, 'I love this dude, this dude's cool.' And the other half are like, 'This coon-ass dude,'" he said. "But I have no hate in my heart for no Black person ever. Because we're in a position where the system has fucked us up so bad we can't always trust each other."
Glover created and stars in "Atlanta" as "Earnest 'Earn' Marks," while Bryan Tyree Henry ("Boardwalk Empire") portrays his cousin, "Alfred Miles." The series focuses on Miles' burgeoning celebrity as the rapper Paper Boi and, as Vulture describes, "Earn's ever-evolving balancing act between his origins and a life often spent in predominantly White settings."