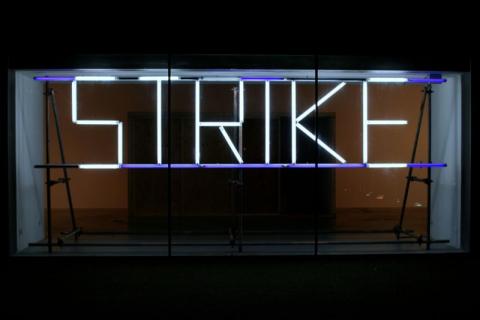 , Jonas B
After 18 months of contract negotiations and over 12 months after first voting for strike authority, voice actors in the SAG-AFTRA union will stop working with a number of prominent game companies as of today. The strike is part of an attempt to negotiate a more favorable contract that gives voice actors residual payments on successful games.
As part of last-minute negotiations this week—overseen by a federal mediator—representatives from the affected game companies offered an immediate 9 percent increase in the prevailing wage offered under the contract, speeding up a previous offer of a 3 percent annual raise over three years. The companies also offered additional compensation for games that required multiple recording sessions. Combined, the companies say this would have amounted to a 23 percent or more wage increase for "typical" video game recording sessions.
The union didn't even put that proposed contract to a vote before going on strike at midnight Thursday night. In a statement, the union argued that increased upfront payments don't address their members' primary issue: continuing residuals:
In this industry, which frequently uses performers and understands the intermittent and unpredictable nature of this type of work, fair compensation includes secondary payments when games hit a certain level of success with consumers, not simply higher upfront wages. Secondary compensation is what allows professional performers to feed their families in between jobs.
No matter what these companies are peddling in their press releases, this negotiation is not only about upfront compensation. It is about fairness and the ability of middle-class performers to survive in this industry. These companies are immensely profitable, and successful games—which are the only games this dispute is about—drive that profit.
We have proposed a fair payment structure that enables the sustainability of a professional performer community. These employers have unreasonably refused that. The time has come to end the freeloader model of compensation and that is why our members are united behind this cause.
The affected companies once again assured players that "the majority of upcoming games already in production will be unaffected by any SAG-AFTRA strike due to the nature of the 'No Strike Provisions' of the collective bargaining agreement." In other words, the companies argue, performers that already started work under the old contract are legally prohibited from striking until their current project is finished.
Once current jobs are out of the pipeline, though, some major game publishers will be cut off from the voice acting and motion capture talents of a union that claimed 150,000 active members as of 2014. The affected game companies say that SAG-AFTRA talent "represents performers in less than 25 percent of the video games on the market" and have implied they will be able to get by with non-union talent in the medium term. But the union claims some well-known names among its membership: actors from David Hayter and Jennifer Hale to Phil Lamarr and Wil Wheaton have publicly lent their support to the cause.
The possibility of a strike has caused a bit of a schism between voice actors and some game developers, most of whom are not unionized themselves and do not receive royalties for their programming, design, and artistic work. As Ubisoft Montreal Creative director Alex Hutchinson put it last year, "If @WilWheaton gets royalties on a game before myself or any of the others who spent years (not weeks) working on it, the system is broken."
Wheaton tried to downplay that kind of conflict in a thoughtful blog post explaining the voice actors' position last year.

I can’t speak to the fairness or unfairness of residuals or lack of residuals for programmers, artists, composers, and others who game developers and publishers, because that’s not my job, and I don’t know what, precisely, their contracts are. I certainly don’t believe that there is some sort of feud or lack of shared interest between us (the actors) and them, and I fully support all the people who work on games—especially the huge blockbuster games that pull in profits that are in line with the biggest blockbuster movies—getting the very best contract, with the best compensation and best working conditions that they possibly can.

While the affected companies say they "look forward to working with the performers and SAG-AFTRA to continue to explore ways to further enhance the working environment," they also warned against a strike that "will immediately and directly take money out of their members’ pockets."
SAG-AFTRA members will form a picket line outside of Electronic Arts' Playa Vista offices later this morning.
The strike applies to games made by the following companies: