When masses of workers start to lose their jobs to automation, workers will find it even more difficult to pay for the social insurance that provides them with a safety net. Therefore says Varoufakis we need another way to protect workers and another way to pay for it. 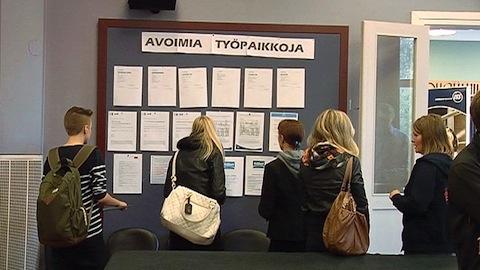 When the new year began, 2000 unemployed workers in Finland were chosen at random to participate in the country’s universal basic income experiment.

Those chosen will receive a basic income of $580 a month from the government instead of their unemployment insurance.

That amount will cover basic living expenses. Unlike those who receive unemployment insurance payments, participants in the basic income experiment  will continue to receive their monthly income regardless of whether they find a job.

The experiment will last for two years, at which time the government will assess the outcomes of the experiment and decide whether to expand the basic income program.

While Finland is the first country to experiment with providing a universal basic income, other local experiments are taking place in Europe.

The Guardian reports that the Italian city of Livorno began last summer to pay 100 of its poorest residents a basic income of €500 a month and expanded that number to another 100 in January.

Five cities in the Netherlands will conduct similar experiments in 2017, and across the Atlantic in Canada, the province of Ontario will begin a basic income program this spring.

The government of Finland is hoping that providing workers with a basic income will help reduce its unemployment rate, currently at 8.1 percent.

The government could reduce unemployment benefits, but such a solution in a country like Finland, which has a strong social democratic tradition, would likely trigger an unacceptable backlash against the right-center coalition government in power now.

Instead, the government chose to experiment with a universal basic income that wouldn’t be affected by a workers’ return to the workforce.

The New York Times reports that start up entrepreneurs in Finland are having trouble filling jobs because they can’t pay wages comparable to wages paid by established companies like Nokia, which has recently laid of thousands of its workers.

The government is hoping that a basic income will encourage workers to take lower paying jobs, or return to school to learn new skills, or start their own small business.

While Finland’s embrace of a universal basic income is mainly a response to the country’s unemployment problem, Yanis Varoufakis says that a universal basic wage is a necessity for dealing with the problems that capitalism is creating.

Varoufakis is a former Finance Minister of Greece, a leading economist, and a prominent voice of the radical left in Europe.

“Basic income is going to be an essential part and a necessary of any attempt to stabilize society and to civilize it,” said Varoufakis in a speech delivered in May at the Future of Work conference in Switzerland.

The problem, according to Varoufakis, is that the rise of finance capital has caused a lot of problems for the working class. There are fewer good paying manufacturing jobs in Europe and North America and more low wage jobs in the service sector.

Many of the low-wage jobs are at risk. At some point in the not-to-distant future, technological advancements will make it possible to automate many of these jobs.

When that happens, the hand-to-mouth existence of low-wage workers who no longer have their jobs will get worse.

Varoufakis argues that current social democratic measures for dealing with unemployment will no longer work.

In Europe and North America, most social insurance programs that help people survive during periods of unemployment or other hardships are paid for by taxes on the working class, but as more and more workers work in low paying jobs those taxes are becoming unaffordable.

When masses of workers start to lose their jobs to automation, workers will find it even more difficult to pay for the social insurance that provides them with a safety net.

Varoufakis advocates a universal basic income that is paid for by reclaiming the public investment in private wealth.

While capital asserts that wealth is generated privately, Varoufakis points to the public investment that has been essential for the development of new technologies that have made wealth creation possible.

Computers, the internet, biomedical technology, and other wealth producing technologies would not have been possible without billions of dollars in investments made by governments.

However, almost all of the returns on these investments have gone into private hands.

To reclaim the public’s share of the wealth it helped create, governments should “enact legislation requiring that a percentage of capital stock from every public offering be channeled into a Commons Capital Depository, with the associated dividends funding a universal basic dividend” that would be used to fund a basic income for all workers, writes Varoufakis.

Doing so would extend some of the advantages of being rich to the working class.

“Would I not want my children to have a small trust fund that shields them from the fear of destitution and allows them to invest fearlessly in their real talents? . . . What is the moral basis for denying all children the same advantage?” writes Varoufakis.