books Sisters of the Night Sky

This new book tells the inspiring story of a trailblazing group of women astronomers. 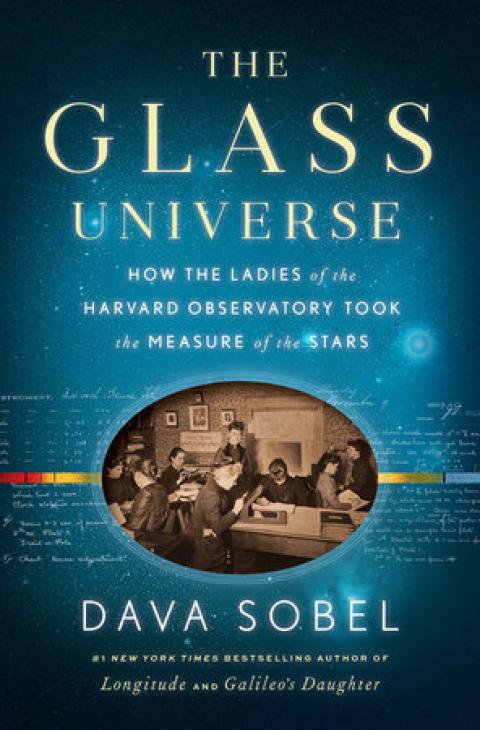 The Glass Universe: How the Ladies of the Harvard Observatory Took the Measure of the Stars
by Dava Sobel
Viking
ISBN 9780670016952

In 1883, a potential donor dropped by the astronomical observatory at Harvard University and stopped short in surprise. Is it normal to hire such people? she asked the director, Edward Pickering. Not really, he said, but the observatory had a tradition. Fascinated, the donor turned back to the exotic scene confronting her: a roomful of women, doing science.

Female scientists existed before 1883, of course—people like Caroline Herschel, Ada Lovelace, and Mary Anning, to name a few. Whereas those savants worked with exclusively male colleagues, the Harvard College Observatory employed a full cohort of women, most of them as “computers” who tabulated data for male astronomers to study. But as Dava Sobel, the author of Longitude, lovingly recounts in The Glass Universe, many of the women graduated to real science themselves and, in a quiet revolution, eventually equaled their male colleagues in the scope and boldness of their work.

As often happens, a technological breakthrough spurred this social change—namely, photography. The Harvard Observatory took the very first picture of a star in 1850 by attaching a camera to a telescope, but the logistics of photography then—practitioners had to coat glass plates with wet chemicals—made it too cumbersome for nightly use. By the 1880s, however, pretreated “dry” photographic plates had appeared, allowing for faster, easier pictures. Each of Harvard’s 8-by-10-inch glass plates captured several thousand stars, “like tiny insects trapped in amber,” Sobel writes. By attaching other instruments to their cameras—especially spectrographs, which break down starlight into its spectrum—Harvard’s scientists could glean information about stellar color and temperature and velocity as well.

All those plates with all those stars created a problem, though: a glut of data. So the observatory began hiring young, single women to catalog the stars by scanning the plates with magnifying glasses or microscopes. Because the cameras could gather light for several hours at once, and therefore capture far fainter stars than ever before, this cataloging amounted to the first true taxonomy of heaven.

However important the work, there is an uneasy undercurrent here. Many historians have considered the observatory an astronomical sweatshop, Sobel notes, where women worked as “underpaid, undervalued victims” doing “scut work that no man would stoop to do.” The pay stank (two bits an hour, or about $6 today), and there were always eye-rolling comments about Pickering’s “harem” or the number of “kilo-girl-hours” needed to complete some project. Worse, the women got burdened with so many other responsibilities that they often lacked time for original research. Computer Williamina Fleming—despite being the first woman at Harvard to hold an official title, Curator of Astronomical Photographs—still had to entertain and cook for guests, as well as do laundry on her day off. “How matter of fact and different,” she wrote in her diary, “from the Sunday morning duties of other officers of the University.”

Still, Sobel defends the observatory from charges of outright misogyny, arguing that at least women got to do science. Indeed, every year new applicants offered to work there for free, since no other institution would consider them. In taking the taxonomy of the stars, Pickering also credited some of his female assistants by name in scientific papers, a radical move then.

Regrettably, for a book trying to rescue women from obscurity, the female characters in its first half come off somewhat flat. (Sobel also refers to individuals throughout the book as “Miss” or “Mrs.,” a quaint but patronizing form of address, given that men are named without honorifics.)

The book’s second half contains rounder, fuller characters. Henrietta Swan Leavitt spent years at the observatory studying stars whose brightness fluctuates over time. To determine these variable stars’ peak output, she mounted a tiny glass rectangle with reference stars of known brightness onto a stick, and laid it over her glass plates. It resembled a fly swatter, but because it was too small to do much harm, she called it a “fly spanker” instead. Among others, Edwin Hubble built upon her work to prove that the universe is expanding. Leavitt might have discovered that fact herself except that she also frequently found herself burdened with routine data collection that distracted her from theorizing. In 1921, she fell ill with cancer and died.

The most fully realized female character is Cecilia Payne, in part because we get to see her inner struggle. Early in her career, Payne tried to publish a paper using only her initials, rather than “Cecilia.” The new director of the observatory (Pickering had retired) saw this and admonished her: “Are you ashamed of being a woman?” She decided she wasn’t, and an admirable streak of independence emerged. In the 1930s, she defied several colleagues by taking a dangerous solo trip to visit a friend in the Soviet Union, where the living conditions horrified her. Perhaps learning from Leavitt’s career, she also refused to be burdened with scut work.

Instead, Payne studied the composition of stars, examining their spectra and determining what chemical elements they contained. Before Payne, astronomers assumed that stars and planets contained the same elements—mostly oxygen, silicon, and iron—in roughly the same proportions. Not even close, Payne found. Hydrogen dominates inside stars, being a million times more abundant than on Earth. The idea was so revolutionary that not even Payne defended it at first, but it gradually gained traction over the next decade. Payne went on to become Harvard’s first female professor, in 1956.

The glass plates at Harvard still exist today: 500,000 black-and-white images sitting on bookshelves, in many cases the only record we have of the night sky on certain dates. The observatory has started to clean and digitize the plates to make them more widely available, but unfortunately the cleaning process wipes away any marks or notes the female computers made on them, erasing those little bits of history. Thanks to The Glass Universe, however, the most important part of that story—of the women who made the marks, and the mark they made on astronomy—won’t disappear from memory anytime soon.