Virtually every progressive grassroots movement in America right now is fueled by people outside of the Democratic Party establishment and this is a huge reason why the party is so outrageously unpopular.

March 11, 2017 Shaun King NY Daily News
Printer friendly
The Democratic Party Seems to Have No Earthly Idea Why it is so Damn Unpopular Published March 11, 2017 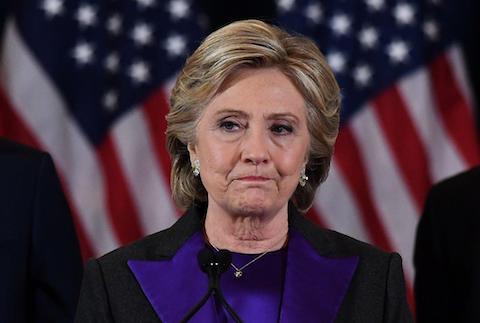 Hillary Clinton is just slightly more unfavorable than her own party, according to a poll., JEWEL SAMAD/AFP/Getty Images

A troubling new poll was just released showing that the Democratic Party is significantly less popular than both Donald Trump and Mike Pence. My gut tells me that Democrats will ignore this poll, or blame it on bad polling, and continue down the same course they are currently on: being funded by lobbyists and the 1%, straddling the fence or outright ignoring many of most inspirational issues of the time, and blaming Bernie Sanders for why they aren’t in power right now.

As a general rule the Democratic Party doesn’t listen well and struggles to hear the truth about itself.

In case you’ve been living under a rock, Republicans now control the House, the Senate, the presidency, and the overwhelming majority of state legislatures and governorships. This new poll from Suffolk University illustrates just how that’s possible. Here are the base results of the poll with favorable/unfavorable ratings.

This is a disaster. At a time when Donald Trump is the least liked President ever measured at this point in his first term, the Democratic Party has found a way to be even less liked than him. This is how Donald Trump wins a second term. This is how congressional Republicans win the next midterm elections. This is how conservatives not only maintain their current power from coast to coast, but also expand it.

The Democratic Party is deeply unpopular – period. It’s a fact. Don’t look away. Don’t call me a Bernie Bro. It’s a problem that must be seriously addressed. Not a day goes by when I don’t have people reach out to me and ask if it would be worth it to start a credible alternative to what the Democrats are offering. Most people, I believe, would also be open to a brand new way of business for the Democratic Party, but core leaders seem hell bent on doing the same old crap. 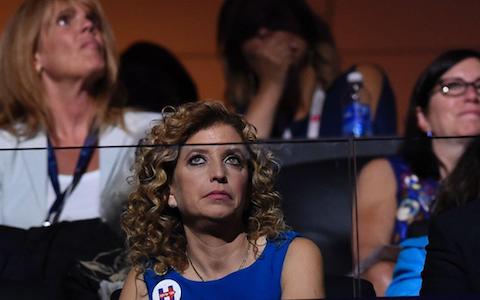 Part of the reason why the Democratic Party is so reviled stems from leaked emails in which former DNC chair Debbie Wasserman-Schultz appeared to show favortism to Clinton over Bernie Sanders. (SAUL LOEB/AFP/Getty Images)

When good people who are frustrated with the Democratic Party express their genuine concerns, I see them being told to shut up and unify. “Now is not the time for public complaints,” they are told. “We must all work together.”

But what this apparently means to the people who are calling for unity is getting behind the corporate, suit and tie, lobbyist-driven agenda of the establishment. But let me break it to you – the establishment has almost no grassroots momentum. Virtually every progressive grassroots movement in America right now is fueled by people outside of the Democratic Party establishment and this is a huge reason why the party is so outrageously unpopular.

Huge grassroots movements, made up of millions and millions of people, are fueling the fight for a $15 minimum wage, fighting back against fossil fuels and the Dakota Access Pipeline, fighting to end fracking, fighting to remove lobbyist money from politics, fighting to end senseless wars and international violence, fighting for universal healthcare, fighting for the legalization of marijuana, fighting for free college tuition, fighting against systems of mass incarceration, and so much more. But mainstream Democrats aren’t really a central part of any of those battles, and, to be clear, each of those issues have deep networks, energized volunteers, and serious donors, but corporate Democrats virtually ignore them.

In the past two months, I’ve spoken in a dozen states around the country and thousands of people show up. Wednesday night, in the freezing rain, lines were wrapped around multiple city blocks to attend an event I was hosting at a local Seattle high school. We literally formed the event a few days ago on Facebook and didn’t spend a single penny putting it together.

People show up in huge numbers for my events, or Bernie’s events, or for events put on by the organizers of the Women’s March, not just because we all want to stop Donald Trump. That’s a gross oversimplification of who we are and what we stand for. People are showing up, by the thousands, by tens and hundreds of thousands, because we have many of the very same beliefs, and passions, and preferences for how America can improve and be a better place for all of us.

The Democratic Party is not a fiery Barack Obama speech away from being popular. He may be beloved and mobs of screaming fans may follow him all over the country, but the party he represents simply doesn’t have that same type of support. And they won’t if they don’t do some serious soul searching about who and what they truly stand for.

Recently, I’ve asked the crowds where I am speaking two key questions about the Democratic Party. The response that I get is always the same – mass laughter or audible frustration.

The first question is, “If I asked you, in just a few sentences, to sum up what specific policies the Democratic Party stands for, what would you say?”

People have no genuine idea. They know some things the party stands against, but it’s genuinely hard to be sure of what they stand for.

The other question is, “What exactly is the strategy of the Democratic Party to take back the government from conservatives across the country?”

That one always gets the most laughs. Nobody has any idea. Not once has somebody stood up and said, “Hey, I know the strategy.” Hell, I don’t know it. I don’t think one exists. Whatever the strategy was this past election, it didn’t work either. And again, I don’t just mean in the presidential election. Democrats lost all over the place in national, state, and local elections.

Losing is hard. It sucks. I hate losing. But this much I know – if the Democratic Party does not come to grips with why it is so wildly unpopular, many more losses will be on the horizon.