labor An Era of Scorn for Our Government Workforce

The presidency of Donald Trump has ushered in a fresh wave of withering attacks on public employees at the federal level. Just days after taking the oath of office, Trump imposed a federal hiring freeze. And a new bill moving through Congress would eviscerate civil-service protections, making it easier to fire career government employees without due process. The president's proposed fiscal year 2018 budget is so austere that it would, according to the Washington Post 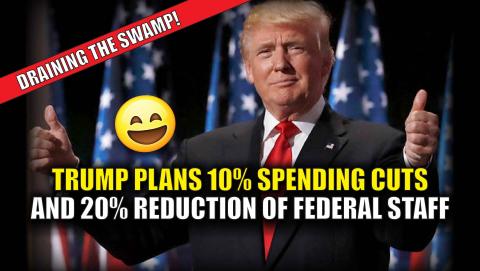 ,
Back in 1932, a group of Wisconsin state employees banded together to defend their rights as civil servants, pushing back against a corrupt spoils system that would reward friends of politicians with important public-service jobs that demanded nonpartisan professionalism.
That was the beginning of the formation of the American Federation of State, County and Municipal Employees. I am proud to serve as president of AFSCME, where we represent 1.6 million men and women -- everyone from bus drivers to sanitation workers to emergency medical technicians -- who never quit working to serve and strengthen their communities.
Over the decades, even as our union has grown, we have had to contend with adversaries trying not just to hold down our members' pay and benefits but who fundamentally denigrate and disrespect their work. That reflexive scapegoating of public workers has now reached a fever pitch. Around the country, right-wing politicians, underwritten by corporate interests, are going after the rights and the economic security of those who work for the public good. They're not just trying to knock us down; they want to take us out.
Nowhere has that been more true in Wisconsin, which since 2011 has been in the vanguard of the effort to take away public employees' hard-won employment rights. But what Wisconsin's legislature and governor did was just the beginning. Last month in Iowa, Republican Gov. Terry Branstad signed a bill gutting government employees' collective bargaining rights. The new law, which AFSCME's Iowa affiliate is challenging in court, means that most of Iowa's state and local public workers now have the right to negotiate only their base wages -- and a limited one at that. They no longer can bargain over other benefits or terms of employment such as health insurance, transfers and layoffs, or evaluation and grievance procedures.
Illinois' Republican governor, private-equity billionaire Bruce Rauner, also has made it a top priority to kick public employees to the curb. Aiming to dictate rather than negotiate, Rauner has tried to force-feed our state members an unacceptable contract that includes a four-year wage freeze and a 100 percent increase in health-care premiums.
Now the presidency of Donald Trump has ushered in a fresh wave of withering attacks on public employees at the federal level. Just days after taking the oath of office, Trump imposed a federal hiring freeze. And a new bill moving through Congress would eviscerate civil-service protections, making it easier to fire career government employees without due process. The president's proposed fiscal year 2018 budget is so austere that it would, according to the Washington Post, expedite "a historic contraction of the federal workforce."
Trump's proposed cuts to non-defense discretionary spending make sequestration look generous. Low-income housing, environmental protection, scientific research and international diplomacy all would take major hits, affecting the livelihoods of both federal employees and the people they serve. The Labor Department, for example, would be cut by more than one-fifth, with huge implications for job training, wages, occupational safety and more.
And then there is the issue of ill-advised privatization. The Obama administration, after careful study, announced last summer that the federal government would no longer contract with private prison companies. But the new attorney general, Jeff Sessions, reversed that decision last month, even though private corrections corporations are a cancer on the criminal-justice system, contributing to the mass-incarceration epidemic and operating prisons with deplorable safety measures, sanitary conditions and rehabilitation records.
Meanwhile, Trump and his team have taken every opportunity to smear those who have devoted their careers to the common good and the public interest. We have seen this in his tweets attacking the intelligence community and judges and in his disparagement of data generated by the Bureau of Labor Statistics. We have seen it in his campaign promise to "remove bureaucrats who only know how to kill jobs"; in Newt Gingrich's call for "straight-out war" on the civil service; and in top White House adviser Stephen K. Bannon's talk of "deconstruction of the administrative state."
Public employees don't expect to get rich, but some basic respect for the important jobs they do isn't too much to ask. Instead, in too many states and localities from coast to coast -- and now more than ever at the federal level -- their hard work is rewarded with pettiness and scorn. Not from their neighbors, but from politicians with an agenda.
When you attack public workers, entire communities suffer -- their schools, hospitals, roads and more. To undermine law enforcement, social workers and 911 dispatchers, and their counterparts at every level of government, is to hurt the citizens who depend every day on the services they provide.
Lee Saunders is the president of the American Federation of State, County and Municipal Employees.