labor ALEC and the Minimum Wage

“Taking away local control over wages (and a range of other pro-worker, pro-environment, and pro-civil rights policies) has become a major priority of ALEC, a corporate-backed group with extensive lobbying resources and influence in our state legislatures,” according to an National Employment Law Project statement. “ALEC drafts “model” minimum wage preemption bills for conservative legislatures to simply copy and paste.” 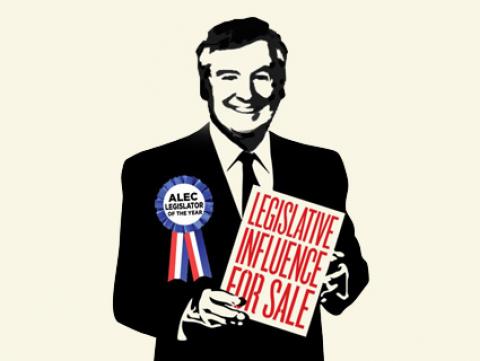 The American Legislative Exchange Council is against raising the minimum hourly wage. We turn to Missouri’s statehouse. Lawmakers there passed bills barring every past and future law to hike the minimum wage recently.

“By enacting legislation today to prohibit all past and future local
minimum wage laws in Missouri, the Missouri state legislature dealt a
blow to democracy and workers in the state,” said Christine Owens,
executive director at the National Employment Law Project.

“Legislators have stripped Missouri communities of their long-standing
rights and taken away all hope for cities like St. Louis of addressing
low wages that deny people the opportunity to support themselves
through work.”

What is going on, and why? According to the NELP, state legislatures
are responding to popular sentiments to increase minimum wage rates.
Over 40 cities and counties have enacted increased minimum wages.
However, 24 states have approved laws to roll back these minimum wage
increases.

The University of California at Berkeley Labor Center maintains an
inventory of US city and county minimum wage ordinances. There are
wage levels, scheduled increases and other law details, as well as
links to the ordinances.

Back to ALEC. It argues that raising the minimum wage harms those who
earn low pay. This stance echoes businesses that oppose low-wage
workers earning higher hourly rates.

“The only wages ALEC seems to like are the $1 an hour wages paid in
countries like Vietnam,” said Mary Bottari, deputy director of the
Center for Media and Democracy. “ALEC was a huge backer of the Trans
Pacific Partnership and every trade agreement that has shipped US jobs
overseas.”

The CMD has been investigating the involvement of the Kochs,
billionaire GOP funders of ALEC. Let us not, though, focus solely on
Republicans and their wealthy donors such as the Kochs in pushing a
corporate agenda that runs roughshod over working families.

GOP President Donald J. Trump made opposition to the North American
Free Trade Agreement, enacted under Democratic President Bill Clinton
in 1994 [with Republican support], central to his successful 2016
campaign for the White House. During that recent campaign, Secretary
Clinton had little in the way of a solid response to candidate Trump’s
NAFTA critique, which resonated in Rust Belt states where NAFTA has
wrecked communities, devastating working families.

To be clear, ALEC has its eyes on the ball, and is moving it down the
court. The daily drama in the nation’s capital can distract us from
ALEC’s politics.

“Taking away local control over wages (and a range of other
pro-worker, pro-environment, and pro-civil rights policies) has become
a major priority of ALEC, a corporate-backed group with extensive
lobbying resources and influence in our state legislatures,” according
to an NELP statement. “ALEC drafts “model” minimum wage preemption
bills for conservative legislatures to simply copy and paste.”

This is not rocket science. Rather, ALEC’s agenda, less sexy than the
Kardashians on social media, is class warfare of the 1% against the
99%.

Seth Sandronsky is a journalist and member of the Pacific Media
Workers Guild. Email sethsandronsky@gmail.com.