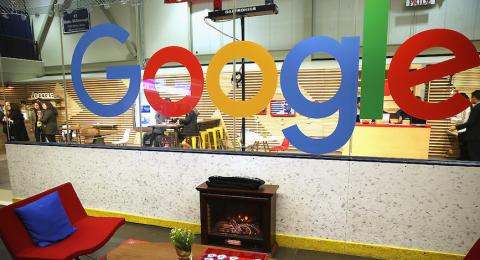 For an internet industry that until recently enjoyed a cozy relationship with the Obama administration, the odds of moving the needle are more daunting this time. , Getty

The biggest U.S. internet companies aim to marshal their millions of users Wednesday in the fight to preserve net-neutrality rules — a summon-the-masses strategy that successfully killed Hollywood-backed anti-piracy legislation five years ago but which may carry less power in today's GOP-dominated Washington.

But the political winds in Washington have shifted. FCC Chairman Ajit Pai has vowed to roll back the rules requiring internet service providers like Comcast and Verizon to treat all web traffic equally, and he has the commission votes he needs, along with the support of congressional Republicans and Trump. For an internet industry that until recently enjoyed a cozy relationship with the Obama administration, the odds of moving the needle are more daunting this time.

“It was clear to us as we headed into this fight that we're going to need one of these big moments,” said Evan Greer, campaign director at digital-rights group Fight for the Future. "It is a strategy that can make change even against what seems like insurmountable odds."

Many of the participants will display messages saying that without net-neutrality protections, ISPs could block certain websites, throttle internet speeds or charge people to access websites. They’ll then direct people to submit comments to the FCC and Congress demanding the existing rules be kept in place.

“Our message reminds our members of their rights, and how the destruction of net neutrality would take away their freedom to choose what they do and see online,” said Elie Seidman, CEO of online dating site OkCupid.

The approach comes directly from Fight for the Future's 2012 playbook, when the group helped lead a mass online protest against anti-piracy bills that enjoyed bipartisan support on Capitol Hill. Websites like Google warned the measures could spark online censorship and Wikipedia blacked out its content to demonstrate the potential impact of the bills, dubbed SOPA and PIPA.

The protest sparked a deluge of angry emails and phone calls to congressional offices, and lawmakers on both sides of the aisle withdrew their support within days. Many political observers considered that campaign a triumph for online grassroots activism and an example of what can happen when the often-fragmented internet harnesses a collective voice.

But five years ago, the internet industry had the implicit support of the Obama White House and the element of surprise in mounting a web campaign that Washington had never experienced before. This time, Republicans, who control all branches of government in Washington and are fully behind Pai's net-neutrality plans, won't be as easily moved.

"It's somewhere between SOPA-PIPA and much ado about nothing," one Republican lobbyist said of Wednesday's campaign. "It’s hard to imagine this gets a whole lot of political traction."

"I think it maybe will get some attention, but in the end, I hope the argument is that we need a legislative solution," said Sen. John Thune (R-S.D.), who has repeatedly sought to get Democrats to the table on a net-neutrality bill. Democrats and activists fear Republicans want to enshrine into law a weaker set of protections than what currently exists in the FCC's rules.

The major ISPs are preparing their own messaging to counter activists who say they are amassing too much power. AT&T is even planning to join the "day of action," saying it supports the principles of an open internet even as it backs Pai's efforts to roll back the Democratic-era net-neutrality rules. The telecom giant says it simply disagrees with the FCC's earlier decision to adopt utility-like regulation of internet providers, but Fight for the Future called AT&T's participation in the protest "laughable" and an "outrageous and a blatant attempt to confuse the public."

In a sign of the rising tensions ahead of Wednesday's protest, AT&T complained that people couldn't share a link to its "day of action" statement on Twitter, pointing to a warning that popped up saying the material had been flagged as "potentially harmful" or violating its terms of service. "The account was erroneously caught in Twitter's anti-spam filters and the glitch has been fixed," a Twitter spokeswoman said later in the day.

The internet action is aimed in large part at the FCC, which is accepting public comment on Pai's proposal and is seen as "where we will have the greatest impact," said Althea Erickson, Etsy’s head of global public policy.

But organizers said they also plan to pressure members of Congress on the issue — and they're getting a friendly assist from Democrats.

“We know what Mr. Pai is going to try and do, but our job is still the same, which is to create a citizen’s juggernaut to make sure that people understand that this concept known as net neutrality means that after you pay your internet access fee, you get to go where you want, when you want, how you want ,” Sen. Ron Wyden (D-Ore.) said.

Sen. Bill Nelson (D-Fla.) appeared less certain of Wednesday's impact. But if the pro-net neutrality campaign can capture the same fervor as the anti-piracy five years ago, he said, “fasten your seat belt.”