Neil Gaiman: ‘There’s no point wearing a cowboy costume if it’s just you’ 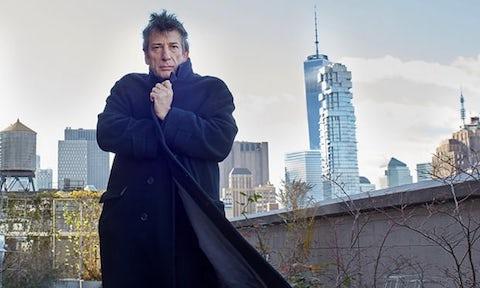 ‘I’m convinced one day I will write something decent’: Neil Gaiman in New York, Tim Knox/Observer

I used to be exactly famous enough. From 1992 until around 2008 I was never famous enough to get a fancy seat in a restaurant, but if I needed to talk to somebody they would take my calls. Now I am somebody who is recognised in the street. I don’t feel like I’m an amiable invisible person observing life, but not part of it, which is how I like being as a writer.

There’s nothing like studying the bestseller lists of bygone years for teaching an author humility. You’ve heard of the ones that got filmed, normally. Mostly you realise that today’s bestsellers are tomorrow’s forgotten things.

I was given a cowboy costume for my second birthday and never got to wear it. One day the local kids were all playing cowboys and Indians and I thought, “Finally! This is my chance!” I ran inside, put on my cowboy costume, by which time they had finished and all gone in. There is no point in wearing a cowboy costume if it’s just you.

I miss what I had in terms of the speed of memory access. If I needed a word or a fact it was already at my fingertips and now it’s like an arthritic and elderly gentleman has to sit up and go down many, many flights of stairs very slowly and go and rummage in dusty drawers. Eventually he will return four days later, normally at about 1.30 in the morning, and I will sit up and go, “Oh yes! ‘Crepuscular.’ That was the word I was looking for.”

Ever since I had dinner with Lou Reed I’ve tried to avoid meeting the people who would make me feel starstruck. It was a great dinner but by the end of it Lou Reed was no longer my hero, and I don’t have many heroes. I resolutely avoided meeting David Bowie, which became harder when I became friends with Duncan Jones, his son, and then got even harder when I moved to Woodstock and he lived around the corner. But I love the fact that the Bowie that I have is the Bowie in my head: a strange, evolving, absolutely fictional Bowie who became my hero when I was 11.

I’m convinced if I keep going one day I will write something decent. On very bad days I will observe that I must have written good things in the past, which means that I’ve lost it. But normally I just assume that I don’t have it. The gulf between the thing I set out to make in my head and the sad, lumpy thing that emerges into reality is huge and distant and I just wish that I could get them closer.

When I was 13 an English teacher took me aside and said: “Keep your head down. You know too much, you answer questions, you are going to be resented. Just try to blend in.” I spent the next five years desperately trying to blend in, trying not to be good at the things I was good at. It was appalling advice. Do not worry about keeping your head down. Raise your head up. Maybe they will shoot you, but they probably won’t.