“If the president pardons anyone involved in the Russian investigation, it may prove to be one of the stupidest things he has yet done.” 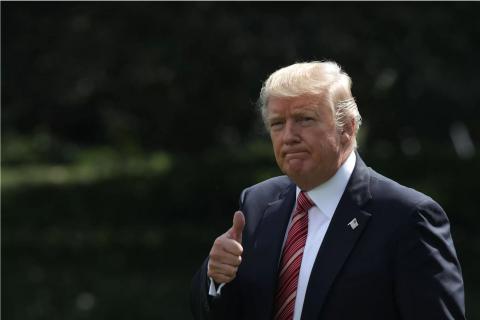 To some, Trump’s decision is a sign that he’s preparing — or at least willing — to pardon people associated with the growing investigation into his campaign’s possible collusion with Russia. Robert Bauer, a law professor at New York University and former White House counsel to President Obama, argued in the Washington Post that the pardon may be a “test run for shutting down the Russia investigation.”

I reached out to 10 legal experts and asked them if the Arpaio decision is a signal of how Trump might seek to undercut the Russia investigation. I also asked what it would mean for the investigation if Trump pardoned key players in the scandal like Paul Manafort, Michael Flynn, or Jared Kushner before any of them could be convicted.

While it’s impossible to predict what Trump will do, nearly all the experts I spoke to agree on one thing: If Trump does use his pardoning powers to thwart the Russia investigation, it’s very likely to backfire.

If someone like Flynn or Kushner were preemptively pardoned, he wouldn’t be able to plead the Fifth Amendment if he were called to testify against Trump. The Fifth Amendment protects citizens against self-incrimination. But if someone has been pardoned, they no longer face the threat of prosecution, and so they can’t use a desire to avoid incriminating themselves as an excuse not to answer a question.

So in addition to potentially obstructing justice, Trump would only leave himself — and his colleagues — more vulnerable if he decided to pardon anyone currently under investigation. Of course, that doesn’t mean he won’t pull the trigger anyway. But he might want to think long and hard about the implications before he does.

There is, however, one scenario in which Trump could save himself and others from potential prosecution. It’s what Susan Bloch, a law professor at Georgetown, calls the Nixon scenario: “Trump pardons them [Flynn, Kushner, Manafort, and Donald Trump Jr.] as he is exiting the White House and Trump exits early, allowing Pence to become president, and Pence then pardons Trump. Trump will then have successfully shielded himself and his colleagues from criminal liability.”

Their full responses, edited for clarity and style, are below.

President Trump’s pardon of Sheriff Arpaio serves not only as a political signal but also as a legal strategy. Potential witnesses in Robert Mueller’s investigation now know that if they refuse to testify, they need not fear contempt citations. And if they lie to protect President Trump, he stands ready to pardon them for both their underlying offenses and their obstruction of judicial or congressional processes.

When it comes to family and staff implicated in the Russia investigation, timing will be everything, and pardons may come late in the process. President Trump appears likely to cling to the White House for as long as he profits personally from his presidency. When he must finally relinquish the office, he will no doubt make aggressive use of the pardon power on the way out.

“IF THE PRESIDENT PARDONS ANYONE INVOLVED IN THE RUSSIAN INVESTIGATION, IT MAY PROVE TO BE ONE OF THE STUPIDEST THINGS HE HAS YET DONE.” —Julie O’Sullivan, Georgetown University

It's generally thought that accepting a pardon constitutes an admission of guilt with respect to the offense for which the person was convicted. That prevents the government from prosecuting the person for that offense. But it doesn't operate as a general grant of immunity for other offenses, so the person who is pardoned still can assert his or her right against self-incrimination with respect to those offenses.

The case of a "preemptive" pardon — that is, one issued before conviction — is different. The scope of the person's Fifth Amendment rights would depend on the scope of the pardon — if for only specific offenses, the person would retain Fifth Amendment rights for other offenses. Basically, even after a pardon, people who Mueller wants testimony from will still be negotiating for immunity grants.

“THE THREAT OF STATE PROSECUTION IS ENOUGH TO FORCE KUSHNER, FLYNN, MANAFORT, ETC. TO BECOME COOPERATING WITNESSES, REGARDLESS OF WHETHER TRUMP SECRETLY PROMISES TO PARDON THEM.” —Jed Shugerman, Fordham University

Of course, this presumes that the subjects of any such pardon would tell the truth if compelled to testify under oath. Normally, the threat of being prosecuted for perjury — which would be a wholly separate crime — is what would ensure their truthfulness. What Trump's pardon of Arpaio reveals, however, is that he is not above subverting the judicial process to reward those who stay loyal to him.

If President Trump pardons someone involved in the Russian investigation, it may depend when he pardons that person. If he awaits an indictment and pardons in advance only for the particular offenses named in the indictment, that individual might still assert his Fifth Amendment privilege on other not-yet-pardoned offenses.

However, if the president provides a pardon similar to that provided by President Ford to Nixon, in which Nixon was pardoned for "all offenses he may have committed between the dates xxx-xxx," then that person would not have a lawful basis to assert the Fifth Amendment. He has been freed of all risks.

If President Trump provides a full Nixon-type pardon, and if the person pardoned still refuses to testify, that person could be held in contempt and jailed until he agrees to testify. But the president might pardon that as well.

“A PERSON WHO ACCEPTS A PRESIDENTIAL PARDON FOR FEDERAL CRIMES NO LONGER CAN INVOKE THE 5TH AMENDMENT, FOR THE SIMPLE REASON THAT HE NO LONGER IS IN ANY DANGER OF PROSECUTION OR PUNISHMENT FOR THOSE CRIMES.” - Diane Marie Amann, University of Georgia

Being pardoned is not an admission of guilt. President Ford pardoned Richard Nixon prospectively, before he had even been charged with a crime. A pardon is the president's to bestow, and does not depend on whether the person pardoned accepts it or rejects it — it's a presidential order to prosecutors and judges, rather than to the subject of the pardon.

A pardon is different from a blanket grant of immunity, however, so a person pardoned by the president might still claim the Fifth Amendment privilege in testifying about the subject of the pardon — for example, there might be a legitimate concern about a state prosecution for the same conduct.

Under the Constitution, the president can pardon someone for a crime before legal proceedings have begun, which means before it’s known for sure whether a crime has been committed. Thus Trump could pardon everyone involved in the Russia probe by declaring that they are pardoned “for all federal offenses committed in connection with communicating with Russian officials during the 2016 election campaign.”

The only limitation is that the president cannot pardon for offenses against state, as opposed to federal, law (so if Arizona wants to go after Sheriff Arpaio, it can despite the pardon). If Congress doesn’t like the president’s use of the pardon, its only legal remedy is impeachment, although it could also hold hearings to embarrass him.

“IF HE IS INDEED SENDING A SIGNAL TO HIS SUPPORTERS THAT MORE PARDONS ARE FORTHCOMING, HE IS GIVING THEM THE GREEN LIGHT TO ACT WITH IMPUNITY AS LONG AS THEY CONTINUE TO GIVE HIM THEIR UNCONDITIONAL LOYALTY IN RETURN.” —Asha Rangappa, Yale Law School

Russiagate pardons would pose some strategic risks for Trump. No one pardoned could constitutionally withhold their testimony in either a criminal investigation or from Congress. And, unlike the pardon of Arpaio, which is a despicable blow to the rule of law, pardoning anyone who might have been a co-conspirator in misconduct involving Trump himself would much more plausibly be impeachable.

And in any event, there is no "ground to prepare." Pardoning Manafort, Flynn, Kushner, or anyone surnamed Trump would unleash a firestorm of protest that the Arpaio pardon will not lessen in any way. In Marbury v. Madison, John Marshall said there were "political" acts for which the president "is accountable only to his country in his political character and to his own conscience." While Trump's "conscience" has yet to display itself, both Congress and the voters can hold him to account "in his political character."

it is unclear whether a defendant who accepts a pardon is somehow admitting guilt. There is a 1915 Supreme Court case which states that accepting a pardon carries an admission of guilt (Burdick v. United States), but often pardons have been granted because the president states he believes the defendant was actually innocent, and some federal statutes expressly contemplate the fact that a person who is pardoned may be legally innocent. At best, the legal rules on this are unclear.

So even though Flynn or Manafort or Kushner would not necessarily be admitting guilt if they accepted a pardon, their pardon would mean that it would be much easier to get them to testify about their actions.

“POTENTIAL WITNESSES IN ROBERT MUELLER’S INVESTIGATION NOW KNOW THAT IF THEY REFUSE TO TESTIFY, THEY NEED NOT FEAR CONTEMPT CITATIONS. AND IF THEY LIE TO PROTECT PRESIDENT TRUMP, HE STANDS READY TO PARDON THEM.” —Lisa Kern Griffin, Duke University
Andy Wright, law professor, Savannah Law School

President Trump did significant further damage to his presidency by pardoning Joe Arpaio. To the extent it was an attempt at a “warm-up” act for Russia-related pardons, it will largely have the opposite effect. Any attempt to pardon Russia figures on naked cronyism grounds would enhance the president’s legal troubles and backfire politically.

Put another way, if Trump pardoned Michael Flynn for false statements to the FBI, Flynn could not assert false statement liability to justify pleading the Fifth in front of Congress. (If he faced state criminal charges for the same conduct, then the Fifth could still be asserted, although that is hard to imagine in the Russia investigation context.)

If Flynn still refused to testify, Congress could detain him and jail him in the Capitol building until he agreed to testify to Congress’s satisfaction. This practice is called “inherent contempt,” and either the Senate or House can act to jail a contemptuous witness on its own. A pardon would not reach Congress’s contempt jailing because it is a civil, rather than criminal, detention.

If Flynn then decided to lie to Congress, his original pardon would not cover that conduct. While a president can pardon offenses that have occurred but have not yet resulted in a conviction — as President George H.W. Bush did with several Iran-Contra figures — the president cannot pardon a crime not yet committed. Therefore, the president would have to pardon Flynn again if [Trump] were truly committed to giving him full immunity.

Of course, each one of these potential presidential acts would continue to erode the president’s political support. The Arpaio pardon may have been a lawful exercise of presidential power, but it was legally baseless and disgraceful. A friend of mine likes to describe the dangers of burning your “candle of goodwill” down to the point the flame goes out. With each abnormal, unbecoming, or dishonorable act, President Trump makes it harder for his appointees to defend him, harder for traditional Republicans to maintain their uneasy power alliance with him, and easier for Democrats to take the moral high ground and secure political advantage.

President Trump is in danger of snuffing out his candle in the first year of his presidency.

Sean Illing is the Interviews Writer for Vox. Before publishing things on the Internet, he taught politics and philosophy at a university. Before that, he was a paramedic in the United States Air Force.  sean.illing@vox.com @seanilling Subscribe to Sean Illing