Denis Villeneuve in the Noir Universe of Replicants

Interview. The director discusses Blade Runner 2049, his doubts and his inspirations for the sequel to the Ridley Scott classic. 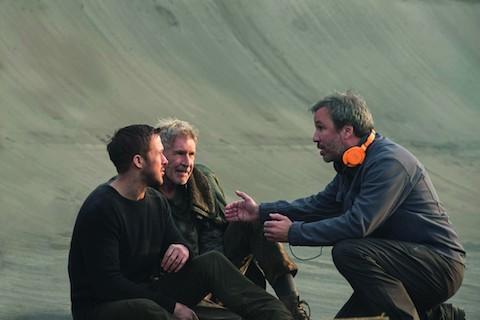 By 2049, the world has changed for the worse. Los Angeles police maintain a special “blade runner” team to hunt and neutralize clandestine replicants still at large, despite the fact that Rutger Hauer’s mutiny band has been extinct for a long time. During an investigation, Agent K (Ryan Gosling) is on the trail of a retired colleague. Rick Deckard, the Marlowian detective played by Harrison Ford, will eventually be found, a rusty hermit living in the post-apocalyptic and radioactive desert. But perhaps he is better aged than the moral allegory about the replicants that in a post-Her and post-District 9 world, has a 1990s retro flavor.

Denis Villeneuve is managing the commands of the sequel to the cult classic. He achieved international success with Sicario and Arrival. Now he’s responding to the question everyone is asking: How does he feel about putting his hands on a movie of mythic proportions? He hides behind a joke to answer it: “I didn’t want someone else to ruin it. I love the movie too much.”

In 1982, the first Blade Runner had tangibly and sensuously visualized a Los Angeles projected in the future as a dystonic crucible, drenched with monsoons and, at the same time, immersed in the idyllic noir unmistakably linked to the history of the city and its cinema. A revolution in futuristic and urban imagination that 35 years later, the Québécois director has been able to continue in a highly “atmospheric” film in which, as Villeneuve himself says, “the story takes place not only in Los Angeles but also in some neighboring locations, so there is the possibility of expanding the visual language created by Ridley.”

In this regard, Roger Deakins’ lens philologically endorses Jordan Cronenweth’s cinematography in the original film, although the urban dystopia coincides with that inevitable post-climate-disaster California. Ryan Gosling is the protagonist, but Deckard is still the emotional heart of history that may or may not (and one probably needs to watch the two hour and 40 minute movie repeatedly to understand it) to resolve a fundamental diatribe: whether Ford’s character is a replicant.

This issue, as Villeneuve remembers, still divides Ridley Scott and Harrison Ford (the former an “androidist,” the latter rigorously “humanist”). The director prefers to sideline the question: “In Philip K. Dick’s original text, paranoia and doubt are fundamental, and I think this is the right key. What I’m not interested in the answer but in the question.”

Harrison Ford echoes him: “It’s not a box that closes with a nice bow. Our film is an emotional investigation, a journey. There are solid contours, but not always. Many passages are hinted at, albeit dramatically, but they remain on the margins and thus confirm the richness of the fabric. Not everything is at the center of the narration. But even when certain aspects are not eviscerated directly, they contribute to the visual and emotional experience of this imagined future.”

But replicants are still in the center, right?

In this world, replicants are objects produced by bioengineering. They are identical to humans but with “out of phase” emotions; they do not have the experience required for emotional maturity. However, they are our mirror image. I’ve always liked that about the script, the stratification of meanings. And one of the layers is precisely the segregation of the different, the castes, slavery and the concept of citizenship. Then, I think the first movie was also a poem about anger toward God, the one who created us without telling us why. A bit like Frankenstein’s story that inevitably continues in this movie.

A lot of responsibility though…

When I heard they wanted to do a sequel to Blade Runner, it seemed to me the most fantastic, exciting and at the same time perhaps the worst idea I ever heard. Because it’s a universe I loved deeply. As soon as I had the screenplay in hand, besides the fear, I felt honored that the studio had entrusted me with this direction. I didn’t accept immediately because there were some calendar issues; I was about to begin the shooting of Arrival. And then I wanted to make sure that I could make my own world. It may be a strange process to descend into a universe created by someone else. I did not want to be a graffiti painter in someone’s church, so to speak. I did not want to be a parasite. I had to find a key to make it mine. Only then, I felt comfortable.

It was not a decision taken lightly. Ridley has been very generous towards me. We started with a long, cordial and frank conversation where he talked to me about his references for the first movie, the inspirations and a bit of the DNA of that work. Then he said: “This movie is yours. It is entirely under your responsibility. If you need to, call me, but otherwise I will not hinder you.” And I will always be grateful to him. I would not have been able to work if I had felt Ridley behind my back. He is a master, but we have very different sensitivities.

Did you try to stay true to the original?

Yes, Blade Runner 2049 definitely holds the spirit of the first Blade Runner and its “noir” aesthetics. It is still a police story, an existentialist thriller, a detective story immersed in that unmistakable atmosphere of impressionist light: We wanted to respect these aspects because we loved them so much. My film is an extension of the original and, partly, a new exploration of that world. The special effects of the first film, signed by Douglas Trumbull, remain among the best in movie history. I and the crew are big fans. For us, filming Blade Runner 2049 was like writing a love letter to the “prototype.”

What did Scott’s movie mean to you? When did you watch it?

It was a crucial movie, inextricable from my passion for cinema. I saw it as a young teenager. I was 13 or 14 when I began to dream of becoming a director. At that time, we were hungry for good science fiction. When Blade Runner was released, it asked questions about humanity never asked before, and marked a new way of understanding sci-fi. There had never been an operation like that of Ridley Scott, mixing the noir genre with science fiction. For us, it was a revelation. My classmates and I became fanatics of Blade Runner. For the first time it seemed to us that someone had created a plausible future, a world in which they coherently stratified past, present and future. A future in which the past was still alive, represented by the advertising of brands we knew; it was an unmistakable and overwhelming aesthetic.

Did you read the original Dick novel again?

Yes. Ridley has moved away from that text, but for me, the book has remained a guide to orientate myself in that future world. He helped me, for example, with issues related to Deckard’s character. In the original, according to Harrison, Deckard is human. But according to Ridley, he is definitely a replicant as can be deduced from his final cut. So we had to decide how to deal with the matter. Harrison and Ridley are still discussing it. In order to solve it, I had to go back to the source, Philip K. Dick, to the doubts that his characters, even the detectives, have on their own identity — sometimes they do not know themselves whether they are androids or humans. This subtle ambiguity has become the key to the film. Personally, I prefer when mystery and doubts overwhelm the certainties and answers in cinema.