The number of teachers and education staff fell dramatically during the Great Recession and has failed to get anywhere near its prerecession level, 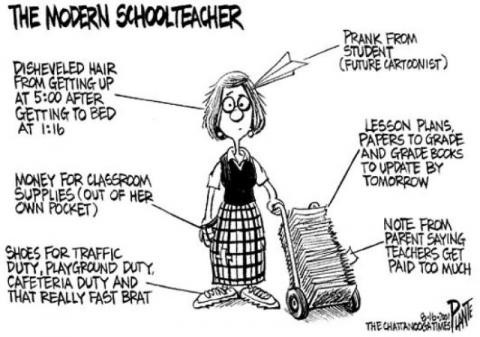 With the September employment data in hand, we can look at the number of teachers who are starting work or going back to school this year. The number of teachers and education staff fell dramatically during the Great Recession and has failed to get anywhere near its prerecession level, let alone the level that would be required to keep up with an expanding student population. In addition to losses from the Great Recession, the pursuit of austerity at all levels of government has meant that public education jobs are still 128,000 less than they were nine years ago. 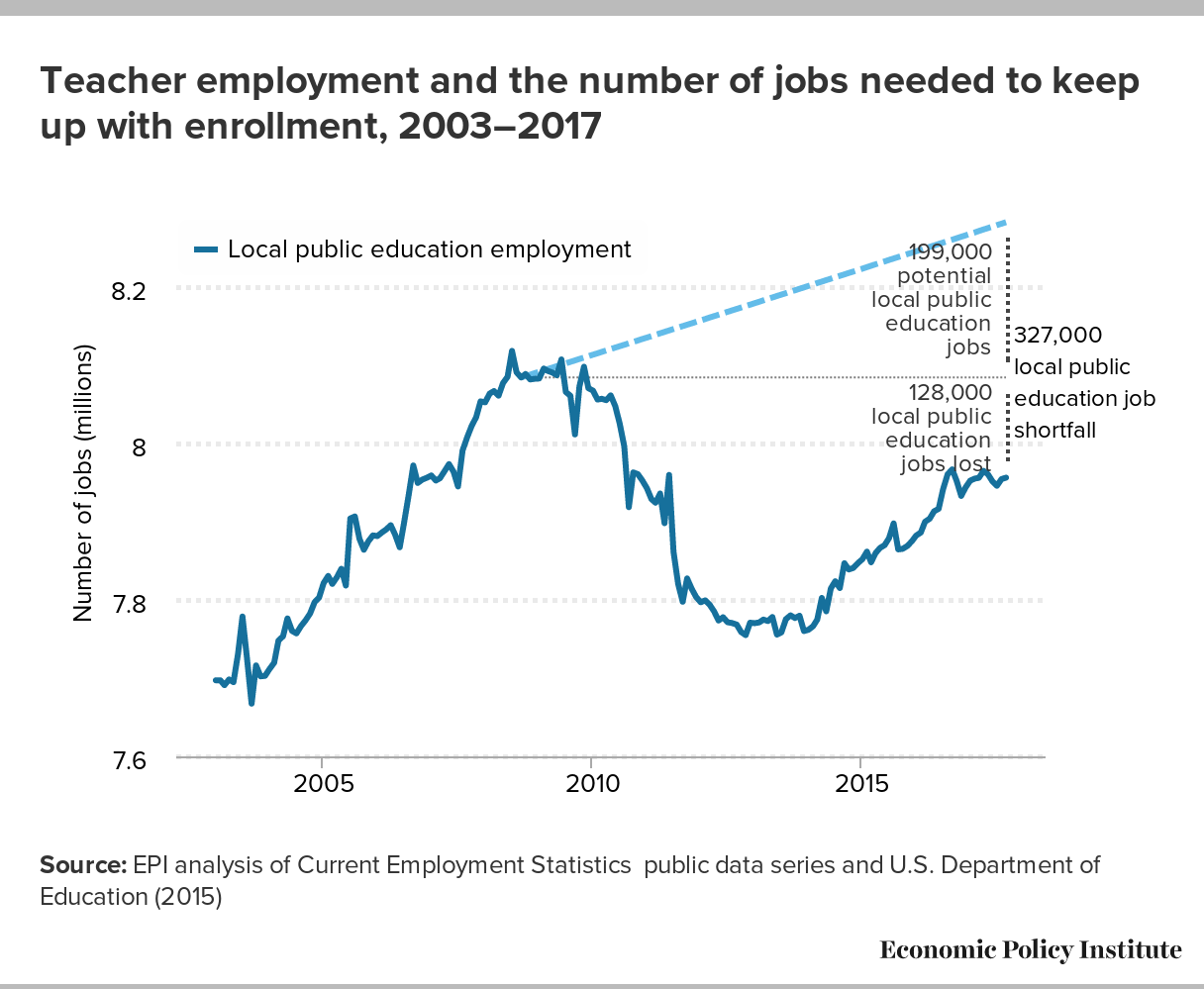 Over the last year, the number of teachers fell by 10,600. These losses are likely unaffected in September by the unusually stormy employment numbers because the deceleration in local public education jobs began a couple months prior. There were 6,300 fewer jobs between August 2016 and August 2017 and only 4,400 additional jobs between July 2016 and 2017—while employment in public education grew the previous year over the same period, rising 76,000 between July-September 2016 and July-September 2015. The recent slowdown in local education jobs is troubling on top of years of losses. Furthermore, if we include the number of jobs that should have been created just to keep up with enrollment, we are currently experiencing a 327,000 job shortfall in public education. The costs of a significant teacher gap are measurable: larger class sizes, fewer teacher aides, fewer extracurricular activities, and changes to the curricula. Shortsighted austerity measures at all levels of government hit children in today’s classrooms. In order to get back to prerecession teacher levels, we need strong public investment in education that will help students and teachers alike