The art installation and protests puts a spotlight on the $95 million police academy proposed by the Mayor, the killing of Black and Brown youth by the Police Department, and the City’s role in contributing to deportations of immigrants and the criminalization of Black and Brown Chicagoans. 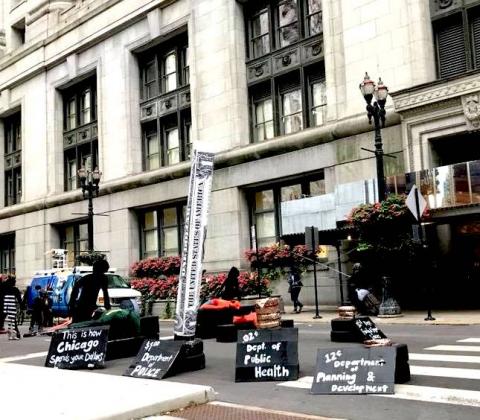 Three life-size representations of statistics that show how Chicago and Mayor Emanuel have failed to live up to the claim of being a “Sanctuary” city and instead continue to uplift policies that center policing and incarceration, and fail to protect people from deportations.

The three structures, the tallest of which is a 12-foot bar graph, include:

The Chicago Gang Database: A series of silhouettes that show that when a police officer designates someone as a potential gang member — without any due process or judicial review, as currently happens in Chicago — the effects can include incarceration, unemployment, and in the case of immigrants, could mean deportation. An initial analysis of the CPD Strategic Subject List (SSL) reads that of those marked as “gang affiliated” 95% are Black of Latinx, and 97% are men. 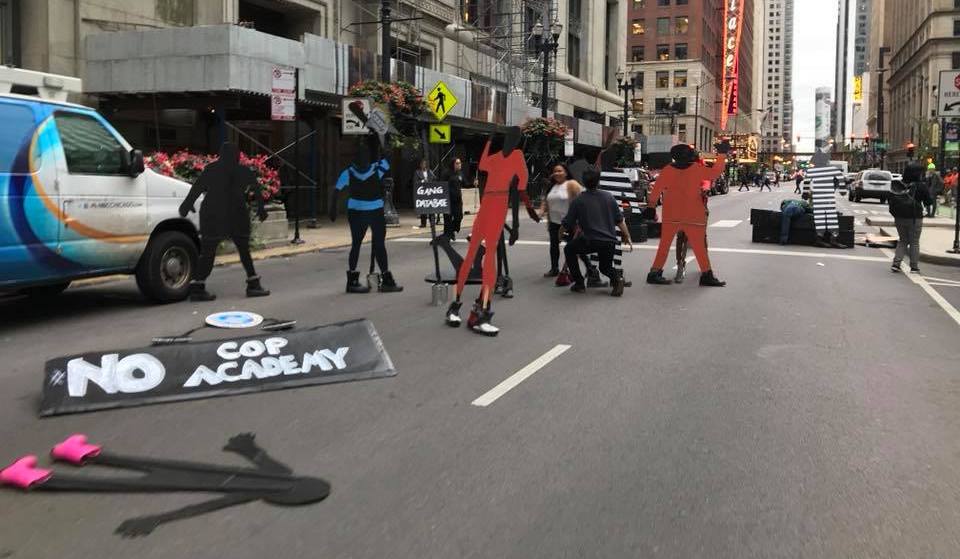 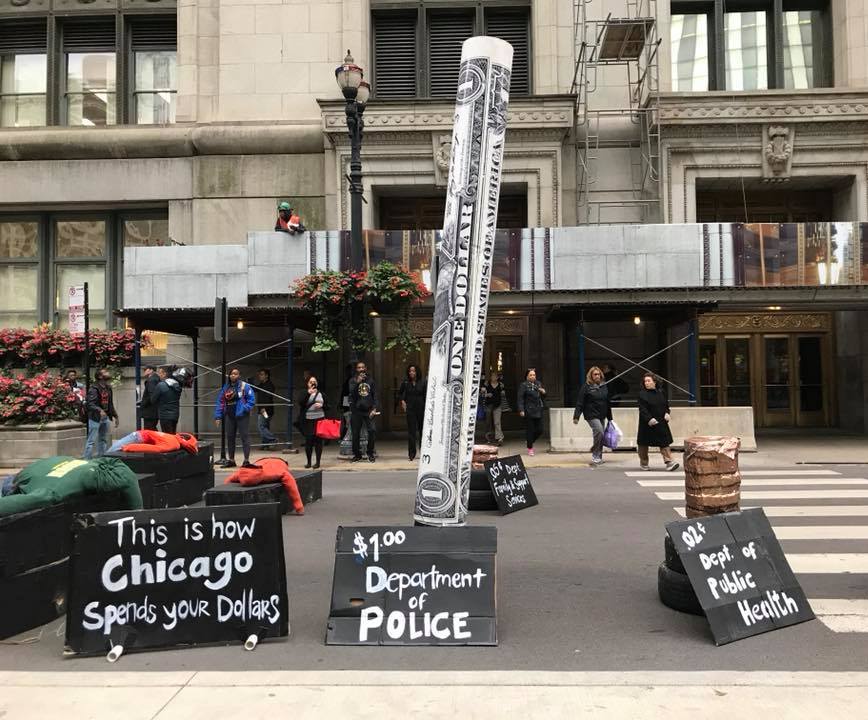 Police deaths: A series of coffins and bodies to represent that 88% of the people hit or killed by the Chicago police between 2008 and 2015  are Black or brown. 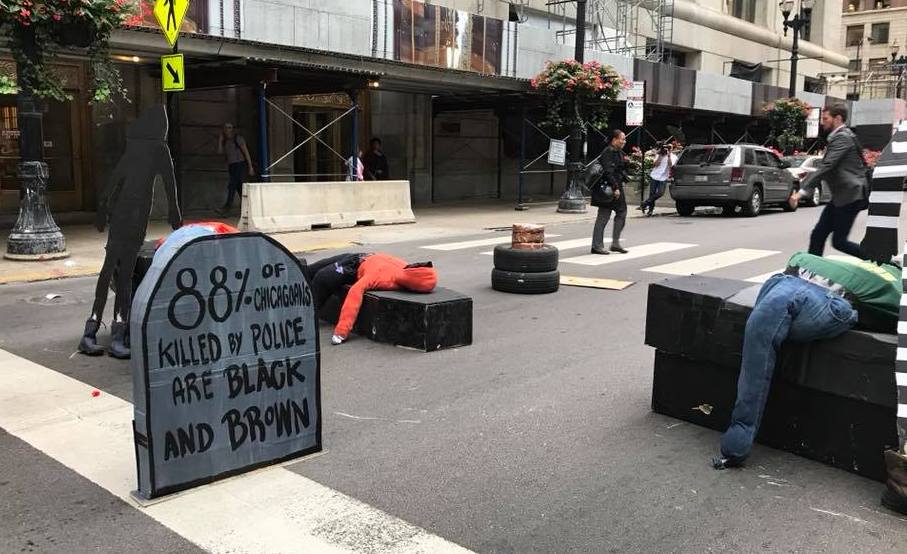 The role of the Chicago Police Department’s Gang database has been brought to the forefront by the case of an immigrant father from Back of the Yards, Wilmer Catalan-Ramirez, who has filed a lawsuit against the City of Chicago for its role in directing immigration enforcement to his door by wrongfully claiming that he is a gang member. Since then, a coalition of organizations has taken on the gang database, both as it relates to its effects on US born and immigrant Chicagoans. For US born Chicagoans, it can mean increased penalties and fine in courts, decreased employment opportunities, and being unable to benefit from government and state programs.

Tomorrow, the Chicago City Council will consider two policies related to policing and immigration enforcement. The first, is an ordinance that would allocate $95 million to fund a new training academy for police. The mayor proposes the new academy to be opened in the same neighborhood where six schools were recently closed. A campaign calling for the rejection of the ordinance is calling for that money to instead be spent on schools, mental health centers, after-school and job-training programs, and investment in communities, instead of expanding resources for police.

The City Council will also vote and likely approve the Mayor’s “Dreamer’s Bill of Rights,” a resolution meant to affirm the status of Chicago as a welcoming community. Meanwhile, the Mayor and the City Council are under criticism by immigrant rights groups for their failure to strengthen the Welcoming City Ordinance and the role of the gang database in deportations.

Organized Communities Against Deportations (OCAD) is a community based organization in Illinois that organizes against unfair and inhumane immigration enforcement practices that impact immigrant communities.

Black Youth Project 100 (BYP100) is an activist member-based organization of Black 18-35 year olds, dedicated to creating justice and freedom for all Black people.