Sheryl Crow, who is releasing a song dedicated to Newtown victims, says country musicians are afraid of speaking about gun laws and losing their audience. Money and fear have kept country music artists from speaking out about gun laws, the nine-time Grammy Award-winner said, even after thousands of country fans were targeted in October in the deadliest mass shooting in modern American history. 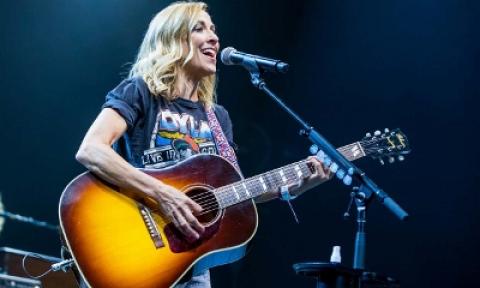 “You would think after Vegas we would see some leadership from our country community,” Crow told the Guardian. “But all I can say about that is if there’s money involved, and fear, these conversations come to a screeching halt.

“There’s no one that I know of in the popular country world that is willing to step out and really to take a stand on this, and that’s really unfortunate.

“I hope there will be people who find a way out of their fear, who stick up for humanity as opposed to sticking with their fanbase or the money that can come along with having those large crowds.”

Crow’s new song, The Dreaming Kind, released on Monday, is a tribute to the 20 young children and six adults who were killed at Sandy Hook Elementary Schoolin Newtown, Connecticut five years ago. 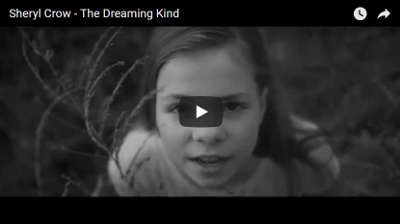 Proceeds from downloads of the song will benefit Sandy Hook Promise, a nonprofit founded by several family members of the shooting victims that has trained more than 2.5 million students and adults to identify signs of at-risk behavior before it leads to violence.

The song was inspired by Crow’s “real sense of helplessness” after the Las Vegas shooting, her frustration with America’s toxic gun debate and her struggle with how to tell her two sons, aged 10 and seven, about mass shootings that targeted kids like them as well as music lovers like their mother and her fans.

“It’s a horrible feeling for my kids to not even be able to know what happened at Sandy Hook,” Crow said, “for fear they’ll walk into school and think they’re not in a safe place, or that mom will go to work and there’s a chance she may not come home if there’s somebody in the audience with a gun.”

She tried to protect her two sons as much as possible from seeing news about the Las Vegas shooting on 1 October, she said, an effort made easier by the fact that her two boys are young enough not to have their own phones.

Three days before her Sandy Hook tribute song was slated to debut on ABC’s Good Morning America, she told the Guardian, she still had not sat down with her children to explain what had happened at the elementary school in Newtown. Even contemplating that conversation left her shaken.

“I think they won’t understand,” she said. “I’m not even able to fathom that.”

After the Las Vegas shooting, Caleb Keeter, a guitarist who played at the Route 91 concert which was targeted, shared a viral post explaining how the experience had profoundly changed his opinion on gun rights.

Roseanne Cash wrote an op-ed challenging country artists to speak out against the National Rifle Association and to break the cozy relationship between country artists and the gun rights group.

“There is no other way to say this,” Cash wrote. “The NRA funds domestic terrorism.”

But mainstream stars have not come forward to start a conversation on how to strike a better balance between gun rights and the right to go to a concert or a movie theater without the fear of being targeted, Crow said.

Crow said she knows that speaking out about gun violence and gun laws will spark a new round of online harassment and vitriol.

“My stance on it is very unpopular,” she said. “I’m a person just like everyone else is, and I’m not above being really hurt.” But, she said, “I want to see us do better, I want to see us as the country we were meant to be. 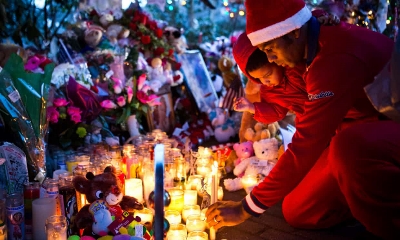 A mourner lights a candle for those who died at Sandy Hook Elementary School in December 2012.
Photograph: Andrew Burton/Getty Images // The Guardian

“The emotional terrorism that is being wielded from the White House down has everyone so on edge that it’s robbed us of our ability to have reasonable conversations, where we sit in a room and we’re able to discuss these very important topics with people we don’t necessarily agree with.

“Outside of Bruce Springsteen, who writes for these people?”

Too many artists are putting out “the same song over and over, because it’s paying for the big houses”, Crow said. “Our fans need to know that we care about them.”

Crow’s new song is more grieving than confrontational. She said she saw writing a benefit song for a Sandy Hook nonprofit as “an opportunity to be proactive in a way that’s completely non-political, that’s completely compassion based”.

For the Sandy Hook parents and family members who listen to the song she said, she hopes that “perhaps there’s a little bit of comfort in it. Perhaps there’s just a moment of being transported away from the experience, and feeling there is something larger at play.”

Nicole Hockley, a co-founder of Sandy Hook Promise, lost her six-year-old son Dylan at Sandy Hook. She has become a full-time advocate for violence prevention. She said she cried the first time she listened to Crow’s song, and that “it is constantly, constantly in my head now”.

“When I wake up in the morning it’s the first thing I listen to,” she said.

[Lois Beckett is a senior reporter covering gun policy, criminal justice and the conservative movement in the United States. Follow her @loisbeckett.]